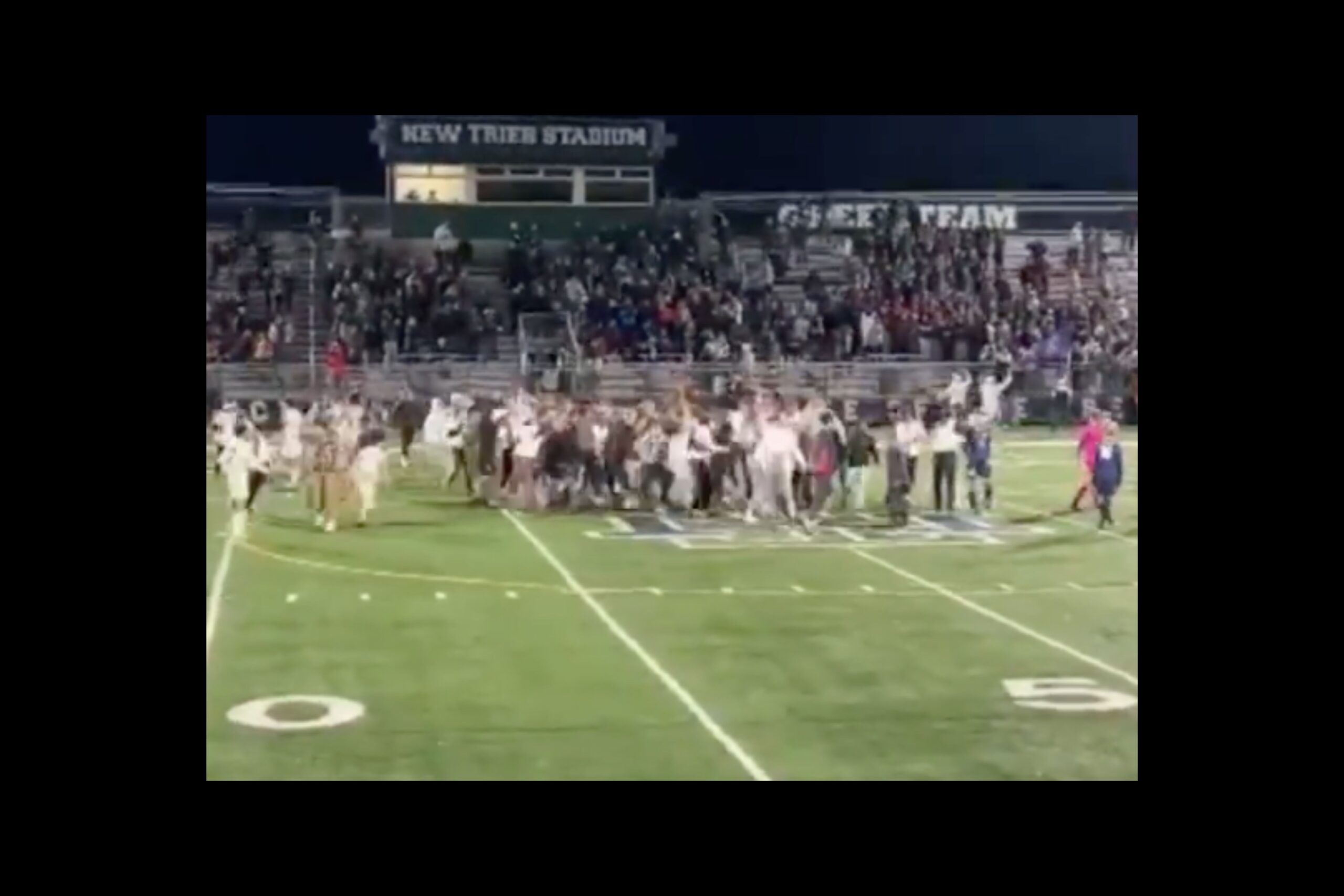 The Huskies fans reportedly cursed at and touched New Trier fans and ignored instructions from stadium officials before running onto the field after their team’s 1-0 victory on Oct. 28. The news was first reported by Wednesday Journal.

The behavior led OP-RF to ban student fans from the sectional championship on Saturday, Oct. 30, when the No. 3 Huskies bested top-seeded Evanston 3-0. The Trevians were the second seed in the sectional.

“There was a series of behaviors that continued throughout the game (with New Trier),” said Karen Sullivan, OP-RF’s executive director of communications. “ … There was really aggressive taunting of the other team’s fans and ignoring directives to curb their behavior.”

New Trier officials did not return messages from The Record, and the IHSA did not want to comment on the “local” decision.

In a series of videos published by the Instagram account “oprfhuskiesbarstool,” the school’s fans can be seen charging onto the field after the final buzzer, taunting New Trier players and gathering at midfield, where they appear to stomp on New Trier’s logo.

A Twitter video from “NTBVS,” a New Trier boys soccer fans account, shows OP-RF fans — including one carrying a large school flag — run directly in front of and gesture to New Trier’s student section after the contest.

Because of the “extreme disrespect demonstrated” and “pattern of unsportsmanlike behavior” during the game, OP-RF Athletic Director Nicole Ebsen called for a one-game suspension, notifying district families via an email provided to The Record.

Sullivan told The Record that OP-RF students are only allowed to attend the supersectional match against Fremd Tuesday, Nov. 2, at Barrington High School if they are accompanied by a parent.

The measures, Sullivan said, are in an effort to protect the soccer team’s postseason run.

“IHSA officials let our school know that if there is any further such behavior there will be severe consequences, like removing the team from the tournament,” she said. “Our student-athletes have really worked hard and we want to make sure they continue their full journey. The IHSA has taken this seriously and so did we.”

If the Huskies win on Tuesday, they will advance to the state finals on Friday and Saturday, Nov. 5-6. Sullivan said the school has yet to make a determination if that happens.