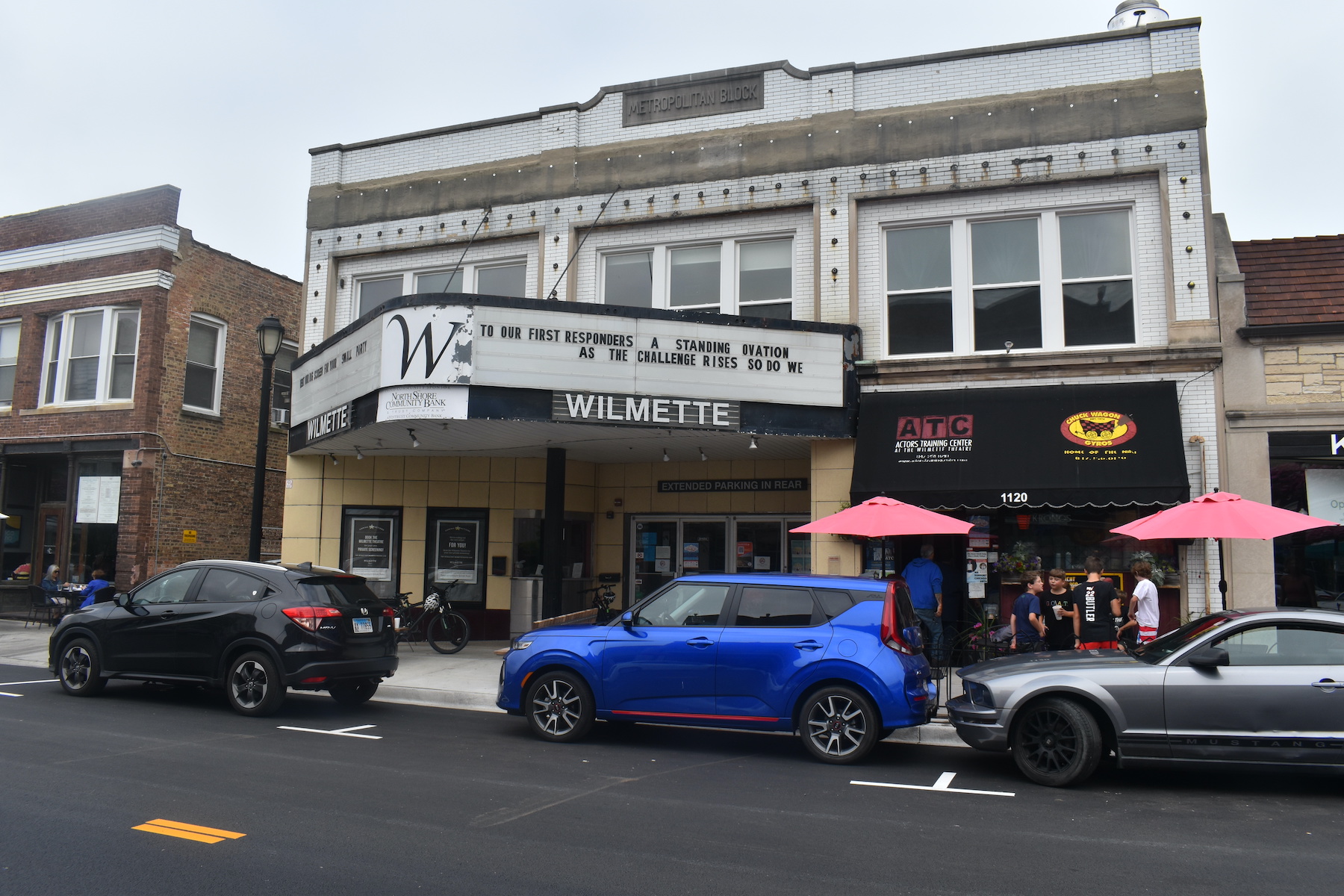 It’s showtime for the Wilmette Theatre this weekend.

The downtown Wilmette landmark will reopen to the public on Saturday, Nov. 6, with a lineup full of local flavor.

Throughout the days on Saturday and Sunday, Nov. 6-7, the theater will play films from writer and director John Hughes, who was famously inspired by his North Shore upbringing and often filmed movies at local locations. And Wilmette band Antler Chandelier will play the theater’s new Living Room Lounge Saturday evening.

A ribbon-cutting and Champagne toast will kick things off on Friday, Nov. 5, said Amy Falkowski, the nonprofit theater’s program director.

“We’re so excited to do this,” said Falkowski, who gave credit to the theater’s board of directors and its financial controller, Karen Barr. “So much work went into this reopening and so much work will come out of it. … We powered through and are still working. People were working all hours of the day to get this ready.”

During the pandemic, the theater has been open on a limited basis for special and private events, small screenings and virtual programming. The building closed in June to undergo major renovations to the bathrooms and concession area.

The nonprofit also endured leadership turnover in June and July with the resignations of its only full-time employee, Wendy Sharon, and three of its five board members.

Guests of the theater can expect four new bathrooms, a renovated and smaller concession area, and a reimagined lounge space that includes improved lighting and sound systems to better suit live performances.

Falkowski, who was hired in September, has been working with the board on the reopening programming, which includes live shows throughout November.

Movie passes for Nov. 6-7 are $5, Falkowski said, and the theater will screen “Ferris Bueller’s Day Off,” “Sixteen Candles” and “Pretty in Pink” in one room, and “Weird Science,” “Uncle Buck” and “Breakfast Club” in the other.

Following the John Hughes marathon on Nov. 6, doors will open at 6 p.m. for Antler Chandelier. Tickets are free for the concert, and the theater will sell beer (sponsored by Cruz Blanca), wine, soda and other concessions.

Other bookings in November include Hot LZ at 8 p.m. on Saturday, Nov. 13, and Wilmette’s own Chris Karabas and his band on the night before Thanksgiving, Wednesday, Nov. 24.