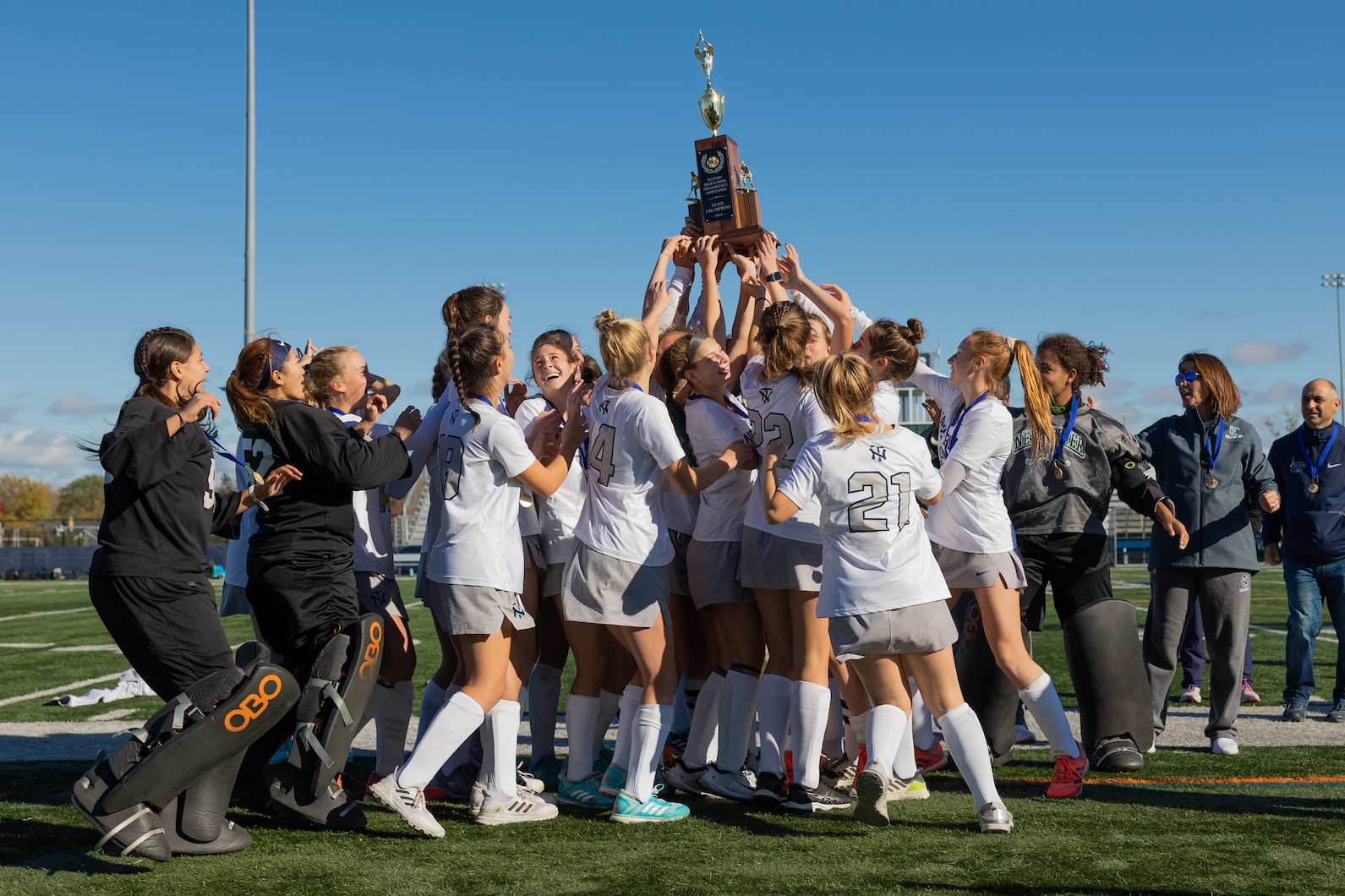 New Trier was the two-time reigning state champ (2018, 2019) and carried 14 total state titles on its resume. Still, though, coach Stephanie Nykaza said the third-seeded Trevians had something to prove.

And did they ever.

The Trevians capped an impressive playoff run with a dominant 4-0 victory against No. 4 Oak Park-River Forest on Saturday, Oct. 30, in the Illinois High School Field Hockey championship in Northfield.

“The seedings came out and I thought, ‘wow,’ we should have been the No. 2 seed,” Nykaza said. “It wouldn’t have mattered, but it surprised me a little bit and we had to come out and prove to everybody that we were the best team in the tournament.”

That title is difficult to argue after the Trevians won four games with a combined score of 14-0, including a 4-0 victory over Loyola Academy and a 2-0 win against No. 2 Glenbrook South.

In the championship bout, New Trier faced OP-RF, which secured a surprising 3-0 victory over top-seeded Lake Forest on Thursday, Oct. 28.

The Huskies also toppled the Trevs 1-0 earlier in the season, but Nykaza said a lot has changed since then.

“(The Huskies) have made huge strides in their program, but we were down three our starters in that (first) game,” she said. “I think that affected us a lot. (On Saturday), we were all back, full force and we dominated the game.”

The Trevs started fast in the title game, scoring two goals in the first period — one each from Maxine Hekster and Izzy Morgan.

A two-goal lead that early is no easy task in field hockey. Nykaza said she always hopes to score early, but the two goals “really set the tone.”

The Trevs added two more tallies in the third quarter, as Inka Alberts and Honor Roberts scored, to put the game out of reach.

“(The Huskies) have done a great job this year. I can’t compliment them enough, but we really beat them handily this game,” Nykaza said. “4-0 is a big score. We contested every ball, were very scrappy and played great overall. I’m thrilled with how we played.”

The title keeps New Trier ahead of Lake Forest, which owns 13 state titles, including every one the Trevians have not won since 2003.

This year’s title run did not come easy. Nykaza fielded a young lineup with just eight seniors out of 25 rostered players. Senior Alberts scored and senior Sofie Hekster assisted in the title game, while senior Marley Flanagan made one save in goal.

New Trier took losses to Lake Forest and OP-RF early in the season and went 0-3 on a road trip to the East Coast.

The state-title win was the culmination of a lot of in-season work, coach said.

“It was a process and anyone who coaches knows the process. They started believing in each other,” Nykaza said. “I gotta tip my hat to my team. They took some beatings. … It’s all about being very disciplined in what you do. No one is going to hand it to you.

“We were the three seed at the start of this tournament. We shut out every team tournament. That’s pretty big. That’s making a statement that we deserve (the title).”