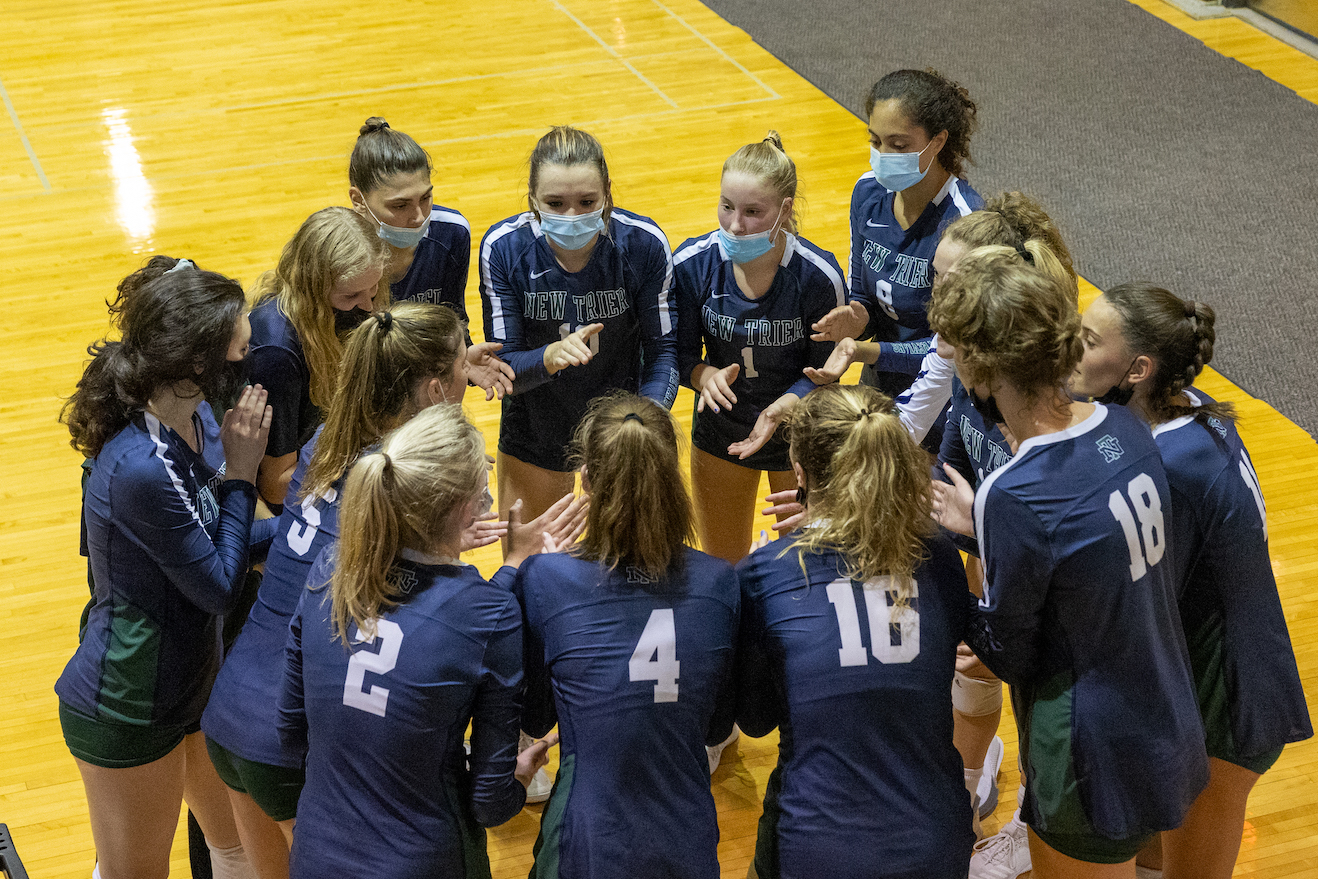 The New Trier girls volleyball team is 19-9 on the season. | Photo by Rob Lange Photography

New Trier (19-9) earned the top seed and Loyola Academy (26-6) the second seed in the 16-team IHSA Class 4A Schaumburg Sectional.

The Trevians open postseason play in the Hoffman Estates Regional against Taft (16) on Tuesday, Oct. 26. Also on that day, the Ramblers begin with Von Steuben in their host regional in Wilmette.

In Class 2A, Regina Dominican is seeded fifth in the Timothy Christian Sub-Sectional B. The Panthers open against Marine Leadership Academy on Monday, Oct. 25, in the DePaul College Prep Regional

Frank Miedema recorded a hat trick to power the Ramblers to victory in the regular-season finale Thursday, Oct. 14.

The Raiders won their fourth straight regional title with the win on Thursday, Oct. 14. They move on to sectional play on Tuesday, Oct. 19

Evan Kanellos recorded a goal and an assist to power the Trevians to the nonconference win Tuesday, Oct. 12.

The top-ranked Raiders opened up postseason play with a rout on Tuesday, Oct. 12.

The Ramblers picked up a conference win Monday, Oct. 11, in Chicago.

Ely Wilson put on in the back of the net with an assist from Evan Kanellos for the Trevs on Friday, Oct. 8.

New Trier earned conference championships at second singles and second, third and fourth doubles to lead to a team championship on Saturday, Oct. 9.

In the girls varsity race, Allie Therivel, a freshman, placed 24th to pace the Trevians to 12th overall.

Spencer Werner finished the three miles in 15 minutes 44 seconds to win the boys varsity race and lead Loyola Academy to third as a team Friday, Oct. 8, at Loyola’s Munz Campus in Glenview.

In the open race, Henry Timmerman of New Trier and William Kelly of Loyola finished 1-2.

Sophia Sohigian found the cage for the Ramblers in the defeat on Wednesday, Oct. 13.

The Trevians downed the Titans in a potential postseason preview on Tuesday, Oct. 12.