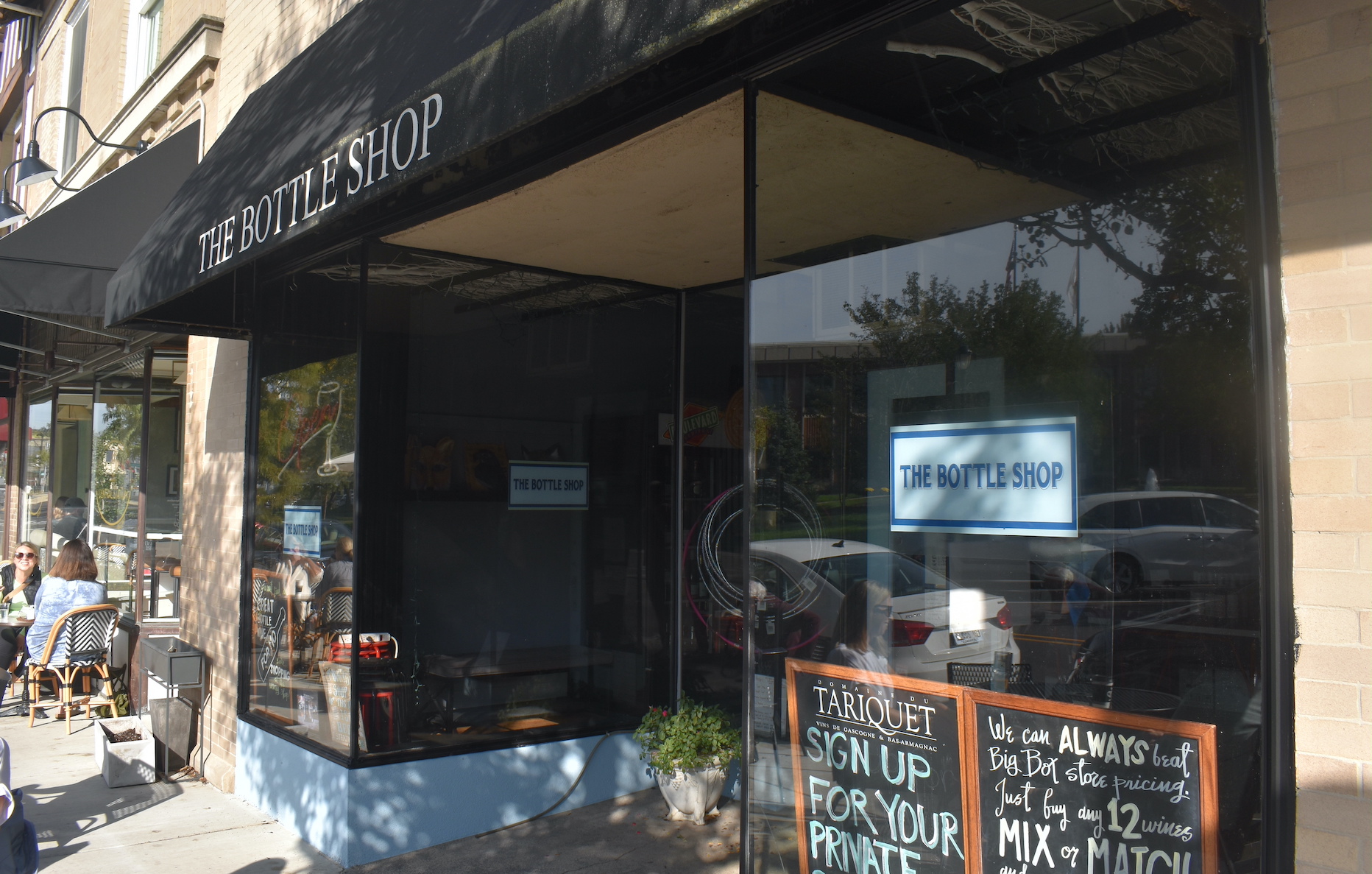 An innovative business venture received the Village of Wilmette’s blessing over the summer, and it may already have competition.

Griffin’s has applied for a liquor license to craft, package and deliver cocktails in a similar business plan as Luigi’s Dress Shop, which received village approval to do the same at 424 Linden Ave.

That business plan was introduced to the Wilmette Village Board’s Judiciary Committee on Tuesday, Oct. 12.

According to village documents, Griffin’s will not have a “bar.” It will instead operate out of the kitchen in the Bottle Shop, 1148 Wilmette Ave., in downtown Wilmette.

The format, often called a ghost bar or ghost kitchen, has gained popularity during the COVID-19 pandemic as customers opted for fewer nights out but still craved nightlife amenities, such as food and drink.

Griffin’s is the product of With Love the Elliotts, a corporation established in July by Wilmette couple Griffin Elliott and Petroula Alexiadis, documents show.

Before operation, Griffin’s must earn a Class U liquor license, a newer classification established by the Village Board to suit Luigi’s Dress Shop. The Class U designation allows for retail sale of cocktails produced on-site for consumption off-site. The license also allows for limited tastings of those same cocktails, documents show.

Businesses with a Class U license, however, can only sell their product to the end user, not to other businesses.

Elliott told The Record he learned of Luigi’s plan from a neighbor who already knew Elliott was working on Griffin’s. But the thought of local competition did not push Elliott and Alexiadis away.

“It is pretty common in Chicago. More restaurants are doing to-go,” he said. “It’s actually been helpful to us. They went to the village first … and set some groundwork for us.

“There is room for the competition. It is a pretty big area.”

Currently, however, there are no Class U licenses available, village documents say, and the Village Board must approve an additional license before granting it to Griffin’s.

Elliott is confident that will happen and the business could be up and running in mid- to late-November with a website that allows customers to place cocktail orders up through Wednesdays for deliveries on Thursdays.

Six to eight cocktails will be packaged in 750-milliliter bottles — the same size as a bottle of wine or fifth of spirits, Elliott said. The menu will change monthly, he said, and utilize a variety of fresh ingredients, seasonal fruits and different spirits.

A longtime bartender and mixologist, Elliott said that he and Alexiadis would bring premade cocktails to parties much to the joy of friends and family, who urged the duo to pursue the craft.

When they moved the Wilmette, the pair saw an opportunity.

“Wilmette and North Shore people really appreciate the convenience of at-home delivery,” Elliott said. “When the pandemic hit, that was kind of the time … to take an opportunity to see if I can transition away from restaurants.”

A business outline submitted to the village says, “Griffin’s provides a high-end craft cocktail delivery service using fresh juice, homemade seasonal ingredients, and quality spirits,” and it is led by Elliott, who has more than 15 years experience bartending for “Chicago’s finest restaurants,” such as the Swift & Sons and Sepia.

After moving to Wilmette last year and exploring the business idea, Elliott met a couple individuals who enabled its progress: Amy Lafontant, owner of The Bottle Shop; and Chris Canning, local attorney and the former village president and liquor commissioner.

Lafontant and Elliott struck a sublease arrangement in which Griffin’s can prep the cocktails in the kitchen of Bottle Shop, a fine wine and craft beer store that does not open until 1 p.m. Elliott also hopes to occasionally host cocktail tastings in the Bottle Shop.

Canning is representing Griffin’s in its pursuit of a liquor license. While village president, Canning was instrumental in amending strict liquor laws that banned the service to alcohol to individuals unless they were eating.

Lafontant also faced the judiciary committee in her pursuit of an amendment to her liquor license to allow for the same of canned cocktails, a popular industry trend in which classic spirit drinks — such as mojitos — are prepackaged and sold.

The Bottle Shop, however, would not be allowed to sell cocktails made from Griffin’s.