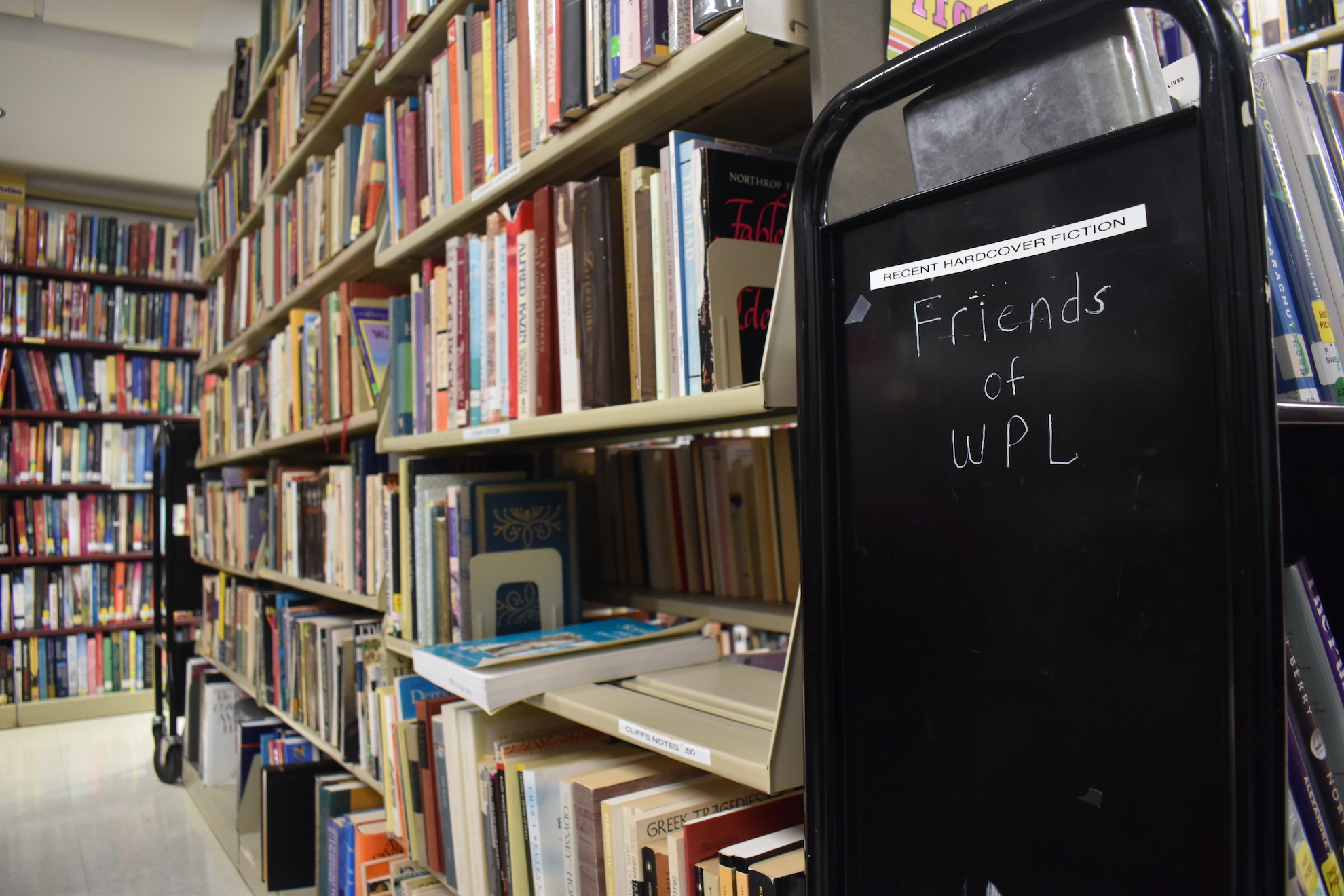 When you meet Susan Morrison, small talk may quickly take a literary twist.

“I am the kind of person who says to people, and they look at me funny, ‘Didn’t you always want to have your own bookstore?'” she said. “I really enjoy the whole thing. … I really like books and know a lot about books. It’s really fun for me and the perfect volunteer job.”

Morrison is speaking of her work as a book sorter for Books Down Under, the primary revenue vehicle for the nonprofit Friends of the Wilmette Library.

Books Down Under has operated in a small space on the lower level of the Wilmette Public Library for 27 years, with Morrison volunteering for 15 of those years. For more than 18 months, however, the resale book shop has been closed as a pandemic precaution. That will change on Tuesday, Oct. 12, when Books Down Under will resurface under limited hours four days a week.

Morrison’s enthusiasm for libraries typifies the collective attitude that has fueled the success of Books Down Under and the Friends of the Library for decades.

“We’re a small army of book-loving, library-loving people,” said Margo Chambers, board president of the Friends. “We enjoy contributing to the community.”

Chambers explained that the Friends fund special events and programming at the library, such as the popular One Book, Everyone Reads series that encourages residents to read the same book and participate in related programs.

“If there are things that are on the library’s wishlist but they are hesitant to spend the money, they can come to the Friends,” Chambers said.

She recalled an interesting “wishlist” item from the early 1980s, when the library director was nervous about spending $3,000 on an innovative new medium: compact discs.

“As Friends, we funded that,” Chambers said.

Established in 1981, the Friends of the Library is celebrating its 40th anniversary, and Chambers is glad to reopen its main squeeze, the Books Down Under.

Books Down Under debuted in 1994 as a vehicle for consistent funding for the Friends. Chambers said it was named Books Down Under for two reasons: because it is located on the library’s lower level and as an homage to Wilmette’s sister city of Mona Vale, a suburb of Sydney, Australia.

The store carries thousands of pieces of gently used material, everything from classic literature, children’s books and cookbooks to historical works, CD’s or even sheet music. All of the items can be purchased at a reasonable cost — frequently $1.

Early in the pandemic, in the spring of 2020, public institutions such as the Wilmette Public Library were among the first to temporarily close. While the library returned with limited services weeks later, Books Down Under did not.

The saving grace for the program was an outdoor book sale over the summer. Morrison said when the volunteers arrived prior to the sale, several supporters were already lined up in waiting.

“We sold over a $1,200 worth of books that day at a dollar a book,” she said. “It was like a rugby scrum of people trying to get to books. It really makes us feel good because we like customers would like us to reopen.”

The reemergence of the bookstore will surely satisfy many local book seekers, but the benefits also reach the volunteers, many of whom offer their time because they love books, libraries or people — or all three, as is the case with Jackie Nussbaum, who has been with the Friends since the beginning.

Nussbaum, 92, said not visiting the library during the pandemic was difficult. To her, “it’s like going home.”

“I enjoy books and talking to people and when people come in, it’s always nice to talk to them and greet them, whether they buy a book or not,” she said. “It’s a nice, warm feeling.

“It feels so good being in the library and in the Books Down Under.”

In fact, when her family was looking for a town to call home, Wilmette checked a big box for her.

“The reason I knew Wilmette was a good place when thinking of moving here is I couldn’t get a parking space at the library,” she said. “I think that says something about the community.”

For more information on the Friends of the Wilmette Library and Books Down Under, including how to donate or become a volunteer, visit their web page or email wilmettepubliclibraryfriends@gmail.com.