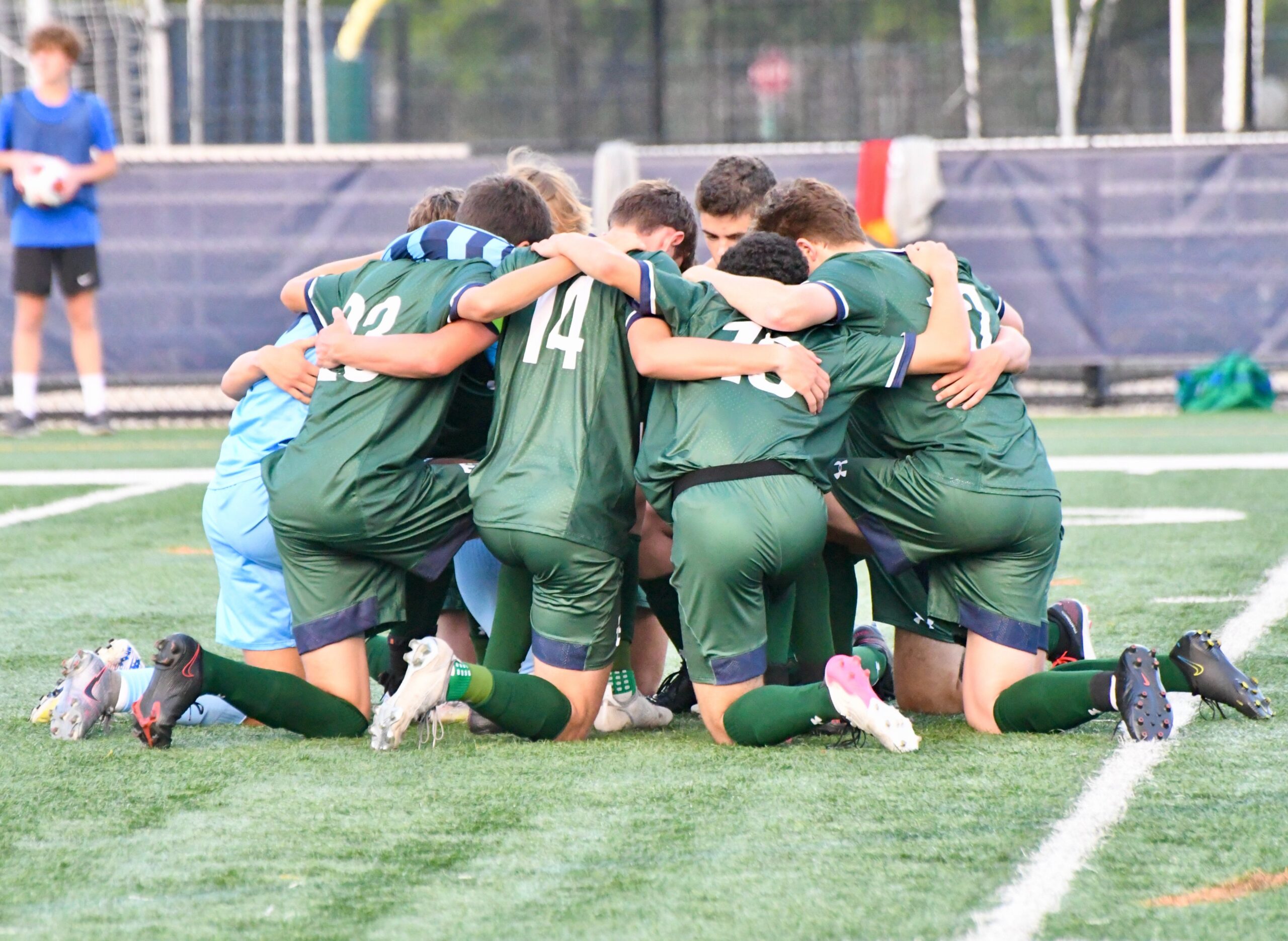 New Trier received the second seed in its IHSA Class 3A host sectional, while Loyola Academy earned the fourth seed out of 17 teams.

Evanston locked down the top seed, while Oak Park-River Forest (4th) and Glenbrook North (5th) round out the top five.

New Trier opens postseason play against No. 15 Taft on Oct. 20 in the Glenbrook North Regional. The Ramblers take on No. 13 Lincoln Park on Oct. 19 at home.

North Shore Country Day received the top seed in the Cristo Rey St. Martin Class 1A Sub-Sectional B and will square off with No. 9 Ida Crown on Tuesday, Oct. 12.

Theo Franzen and Peter Kanellos tallied for the Trevians who bested the Vikings in a shootout Wednesday, Oct. 6.

The Ramblers down their Catholic League foe in a critical conference matchup Tuesday, Oct. 5.

Mason Roberts Jones scored for the Raiders, but the Caxys pulled out the victory Tuesday, Oct. 5.

Evan Kanellos netted two goals and Peter Kanellos added the other in the Trevs’ win on Saturday, Oct. 2, in Northfield.

James Paden recorded two penalty-kick goals, while Matthew Perchik notched a goal and an assist for the victorious Trevians Friday, Oct. 1, in Northfield.

Karsten Segall assisted on two of the goals, including one from Ian Vichnick, for New Trier.

Haneefa Adam and Maya Kozik had three kills apiece as the visiting Panthers dropped the GCAC class on Wednesday, Oct. 6.

The Trevians earned the conference victory on the road Thursday, Sept. 30, in Northbrook.

Catherine Burke led the way with five kills and five blocks for the Ramblers in their nonconference win Thursday, Sept. 30.

Nick Falk bested hundreds of runners en route to an individual championship with his time of 14 minutes 23.1 seconds — the second fastest time in New Trier program history — on Saturday, Oct. 2.

Mimi Waddell picked up a win at No. 2 singles and Emma Bevenour and Abbey Schurr at No. 1 doubles in the Panthers’ loss Tuesday, Oct. 5.

The Trevians won the battle of Winnetka in the local showdown on Tuesday, Oct. 5.