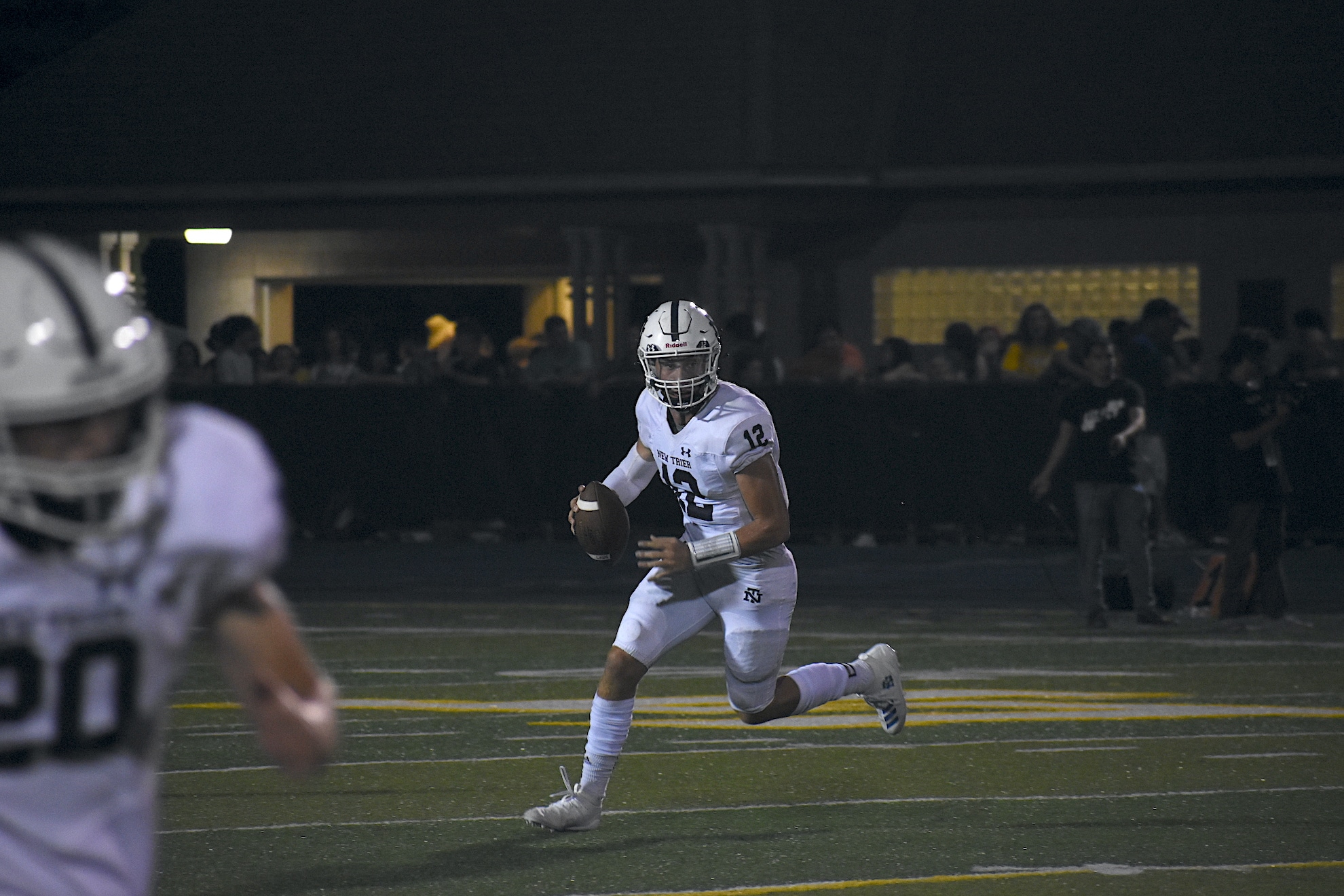 Cremascoli is a senior quarterback for the Trevians. Through five weeks, he has passed for more than 1,000 yards and ran for 277, while throwing seven touchdowns and rushing for four more. He also plays basketball for New Trier.

It’s not like a specific thing but whatever I did the first week I try to keep doing it every week. We wear track suits every Friday, I wear my headphones walking into the locker room, just little things to keep it the same.

I want to play college football somewhere. I have a couple offers (Drake, St. Thomas) right now, but the table is pretty much still open. I’m seeing what other schools are interested in me. I want to stay relatively close or I would go to the West Coast. I have a lot of family in San Diego

3. If you could play another position on the field, what would it be?

I would say I would want to play wide receiver. Even when I go on the field and train, I run one on ones against the (defensive backs). It’s just a really fun position to play.

4 What is your favorite thing to do off the field?

I like to play “Maddon” and “(NBA) 2K.” I always love playing those (games) against other people. It’s just another competitive thing to do.

5. What is your favorite TV show?

“All-American.” I have watched those seasons twice or three times each. Saw it on TV live and always had to wait.


7. If you are in Walgreens with a couple bucks, what are you buying?

I would say a Gatorade (orange), and I’d also say, if they have it, a Clif bar (mint or just chocolate peanut butter).

I would have to say a new car. That would be the biggest purchase that I would use the most.

Going back to the West Coast thing. I was born in San Diego and lived there until I was 1 and still have a lot of family out there.

I think we just have to really get back to playing like ourselves. We got caught up the past couple of weeks listening to too much chatter, thinking we were going to walk away with games easily. We should not worry about our opponent as much and stick to our game. I think if we do that we could go 3-1 or 4-0 the rest of the season. The sky is the limit for this team, as I thought in the beginning of the year.