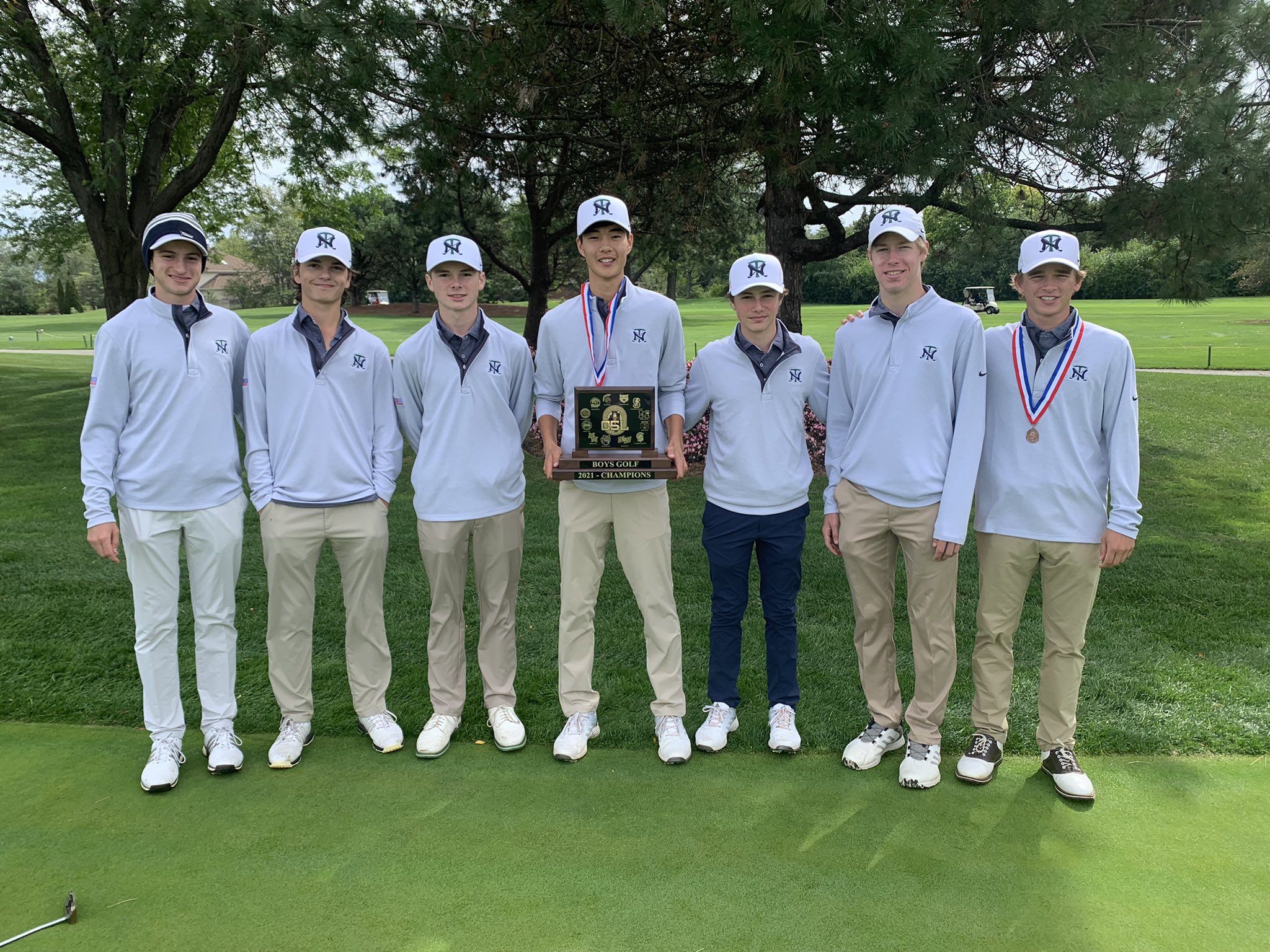 Noah Zyung, a sophomore, was the conference medalist with a 71 to lead New Trier to second place in the tournament Wednesday, Sept. 22.

Alex Creamean, Charlie Colegrove and Gage Johnson all shot 77s, as the Trevians finished six strokes behind Glenbrook North. With New Trier as the regular-season champ, the Trevs and Spartans split the league title.

Ryan Banas’s 69 earned the Loyola golfer medalist honors and led the Ramblers to the leage championship on Wednesday, Sept. 22, at Cog Hill.

Alex Creamean carded a 73 to lead New Trier to first place at the invitational Saturday, Sept. 18.

Amy Beanblossom’s 72 was the low score and it led New Trier to a 16-stroke victory on Wednesday, Sept. 22.

Maggy Shaw shot an 88 to lead the Panthers to third in the league championships Monday, Sept. 20

Matthew Perchik scored off an assist from Will Pasia as the Trevians picked up the league win Tuesday, Sept. 21.

Luke Ojala netted his first varsity goal, while Frank Miedama added a goal and an assist for the Ramblers on Tuesday, Sept. 21.

The Trevians fell to the undefeated Wildkits in league play on Saturday, Sept. 18, to suffer their first loss of the season.

The conference foes dueled to a draw on Saturday, Sept. 18.

The Ramblers picked up a tie in nonconference competition Friday, Sept. 17.

The Raiders shut out their local rival on Friday, Sept. 17.

Madison Liu and Julia Ross posted wins at first and second singles, respectively, to lead the Trevians on Wednesday, Sept. 22.

Maeve Kostyk and Margaret Clancy won in straight sets at top doubles to lead the Panthers to the league win Tuesday, Sept. 21, in Lombard.

The Trevians swept the singles matchups to earn the conference win Tuesday, Sept. 21.

Kat Schuenzel won 8-6 at top singles and Maeve Gibbons and Margaret Clancy 8-6 at second doubles for the Panthers Saturday, Sept. 18

Carson Pike recorded three goals to lead the Ramblers to victory on Wednesday, Sept. 22, in Glenview.

The Ramblers shut out their opponent on Monday, Sept. 20, in Glenview.

Ella Capozzi scored twice and Kendall Vallas once to lead the Raiders to victory on Monday, Sept. 20.

Evan Veneziano raced to fourth and Ben Crane to sixth for the boys squad, which took second out of 11 teams.

Morgan Mackie took 23rd and Jane Lynch 40th to pace Loyola Academy to a sixth-place finish out of 63 teams on Saturday, Sept. 18, at Detweiler Park in Peoria.

Aidan Simon (9th) and Spencer Werner (42nd) led the boys team to eighth out of 61 teams.