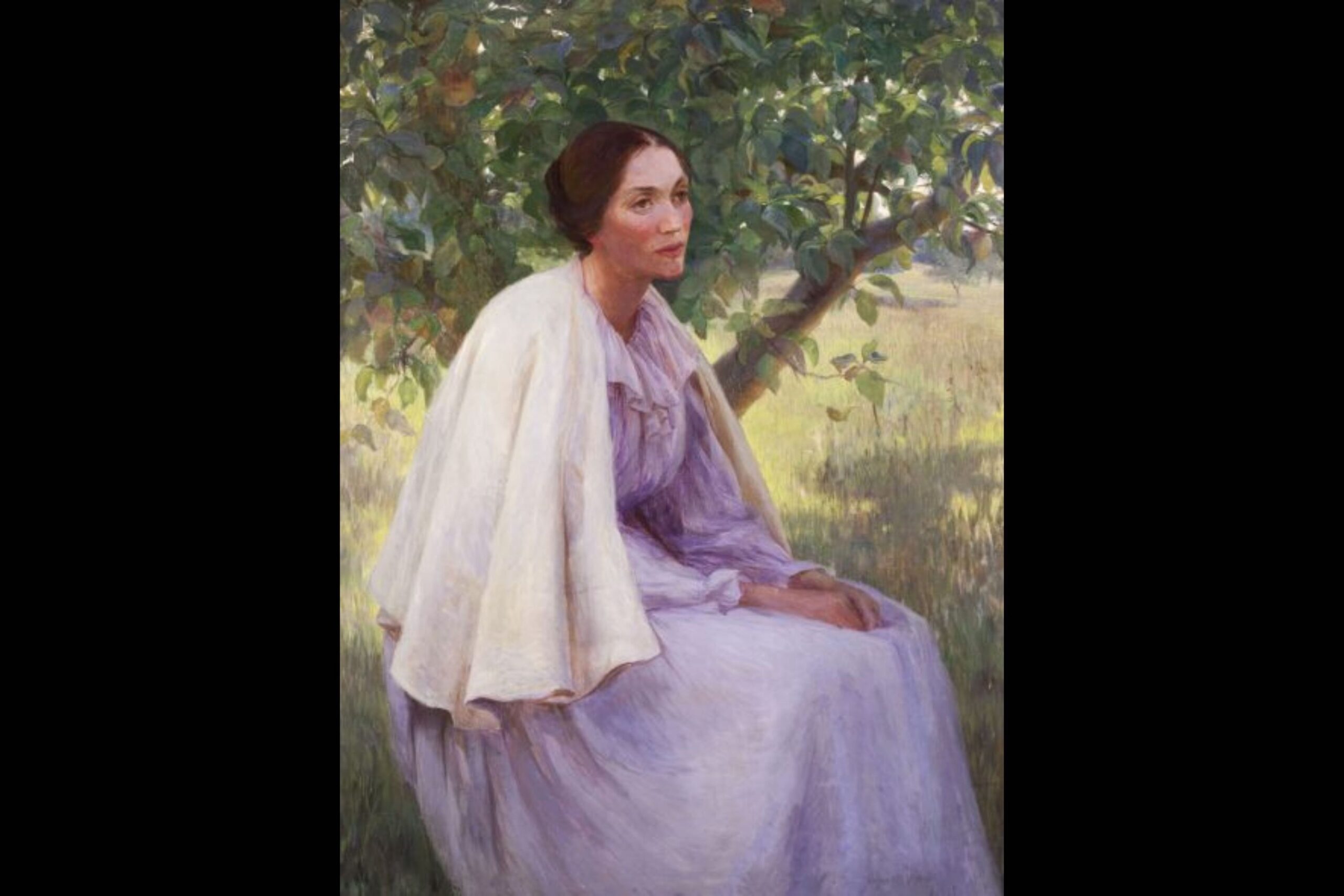 Famed local artist Pauline Dohn Rudolph may have stopped painting when she moved to Winnetka in 1907, but her renowned artwork continues to find sanctuary in the village.

The Winnetka Historical Society recently acquired a second painting of Rudolph’s when the M. Christine Schwartz Collection donated “The Seeker: I Sent My Soul Through the Invisible.”

The piece was completed in 1897, when Rudolph lived in Chicago, and is now on display at North Shore Community Bank, 567 Lincoln Ave., in Winnetka.

“It is such a special painting and unique for our collection,” said Meagan McChesney, the historical society’s curator. “… When we received the donation, we really wanted to share it with the public, and the bank gets a lot more visitors. It’s also such a secure location and they really worked with us on handling it properly and making sure it hung in a spot where people wouldn’t be touching it.”

McChesney said the historical society already has a spot picked out to hang the painting when it is returned, and it will join another of Rudolph’s pieces, “Portrait of a Young Woman in a Chinese Robe,” in the organization’s collection.

According to a biography written by Maura Rogan for the historical society, Rudolph studied at the Art Institute of Chicago and then in Europe in the late 1800s. In 1893, she exhibited an oil painting at the city’s World’s Columbian Exposition. She then participated in traveling exhibits that brought fine art to women’s groups across the country.

Pauline married Franklin Rudolph in 1901, and they moved to 745 Sheridan Road in Winnetka in 1907. The couple had three children, and Pauline ceased painting, the biography says.

She became involved in the community, teaching her craft to budding artists and serving on the board of the Winnetka Public Library. Pauline lived in Winnetka until 1933 and died in California a year later at the age of 69.

In 1940, the Rudolphs’ home, which was then being rented, was mostly destroyed by a fire. Fortunately, Pauline’s paintings were stored securely in the basement and suffered only minor damage.

The M. Christine Schwartz Collection was founded by Chris Schwartz in 2007, when she bought 36 paintings created by Chicago artists. Her collection, which grew, was digitized and is shared with art lovers everywhere at Schwartzcollection.com.

The collection contained two works by Pauline Dohn Rudolph, “The Seeker” and “A Village Belle.”

Dr. Wendy Greenhouse wrote for the collection’s site that, “T​​he Seeker is perhaps the most ambitious easel painting of Pauline Dohn’s relatively brief career. This image of a young woman caught in a moment of serious reverie is set outdoors, beneath the boughs of a pear tree whose fruitfulness echoes her own ripening womanhood. She gazes into the distance, evidently unaware either of the viewer or of the surrounding landscape.”

The historical society thanked the Schwartz Collection for the donation — and the logistical help with the large, 48-by-36-inch piece.

“The donor reached out and was really really great,” McChesney said. “She was super helpful with recommendations for how to get it hung at the bank. It arrived in a very secure manner. Everything was just really seamless.It was really great and incredibly generous. It is such a special painting — and much larger than anything we have in our collection.”