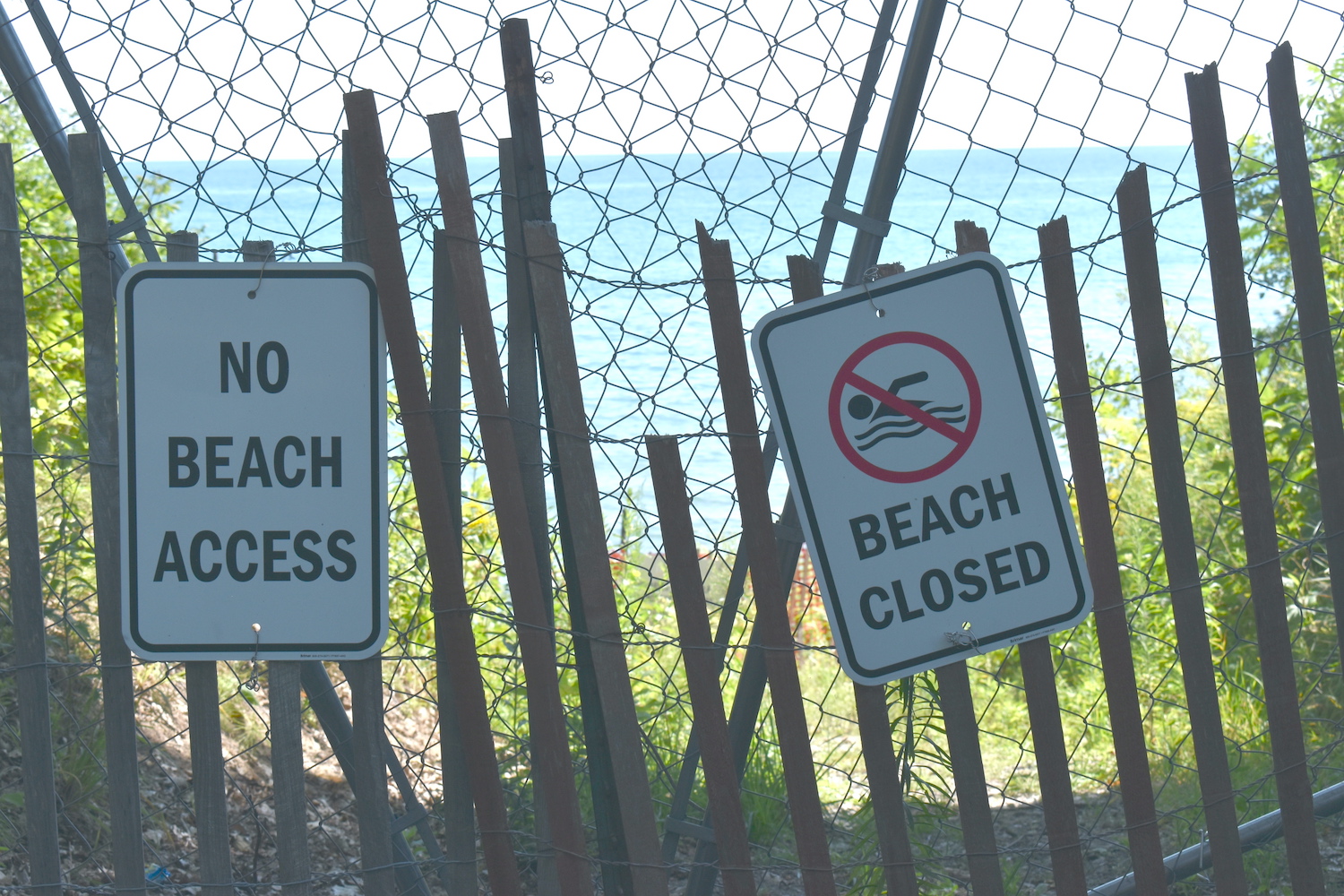 Signage and fencing are in place across the path to Langdon Beach. | Joe Coughlin/The Record North Shore

First responders transported three juveniles to a nearby hospital after they found the minors “heavily intoxicated” at a closed Wilmette beach, according to local authorities.

Wilmette police and fire units responded at 7:30 p.m. on Saturday, Aug. 14, to a resident complaint of activity at Langdon Beach, which is closed to the public because of beach erosion.

Police said eight juvenile teenagers were found in a small area down the bluffside and a “few of them had too much to drink,” according to Wilmette Police Cmdr. Michael Robinson, who added the juveniles were not in the water.

Wilmette Deputy Fire Chief Robert Brill said Wilmette and Winnetka ambulances transported a total of three of the juveniles to the hospital. He said all three were “heavily intoxicated,” but conscious and stable.

Brill said it was the department’s first emergency response at Langdon Beach in at least three years, while Robinson said the department “occasionally” responds to trespassing at Langdon but it is not common.

Langdon Park and Beach are owned by the Wilmette Park District. The district has blocked access to the beach since the summer of 2019, when it determined the beach was no longer safe.

The park is at the corner of Chestnut Street and Sheridan Road. The gravel path to the beach is blocked by two fences — a wooden slat fence and chain-link fence — with signage announcing the closure.

Off the path and just beyond the playground equipment, two sets of fencing — each featuring wooden slats connected by wire — block access to the bluff.

Executive Director Steve Wilson said park staff repaired broken sections of the slatted fence on Monday, Aug. 16, but he could not confirm if that is how the minors accessed the beach on Saturday.

The fencing was a compromise between residents and the district to limit obstructions to lake views.

“I can only assume area kids are hopping the fence,” Wilson said. “It is unfortunate, but how some people use public space.

“… It was one unfortunate incident. If it continues to persist, we will have to consider other options (to block beach access).”