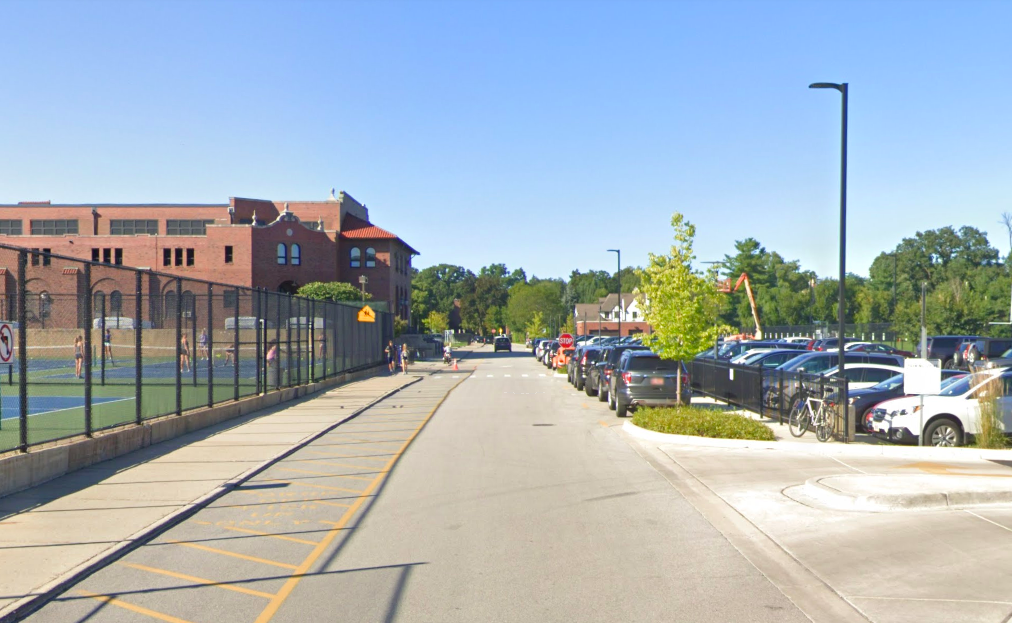 They discovered a 100-year-old misunderstanding.

Local officials long believed that the portion of Essex Road running between New Trier’s Winnetka campus was a dedicated Village street. But school administrators determined that was inaccurate.

New Trier District 203 has long owned the through road — not that they want it.

That’s why the Winnetka Village Council approved an ordinance during its Tuesday, Aug. 3 meeting that accepts a transfer of property from New Trier and subsequent dedication of Essex Road as a public right-of-way.

New Trier officials conducted a “routine” title search during their planning for the large-scale, $75-million project to reimagine the east side of the school’s Winnetka campus and construct a new three-story athletics facility.

That search “uncovered a document that seemed to indicate a portion of Essex Road that runs between the east and west portions of the campus and which the Village believed to be a dedicated public street, may have actually been conveyed to NTHS in 1921,” reads a memo from David Schoon, Winnetka’s community development director.

The Cook County office that keeps records of title documents operated in a reduced capacity during the pandemic, making it challenging for officials to obtain a copy to confirm the proper ownership of the portion of Essex, Schoon said.

Winnetka’s village attorney later confirmed that Essex Road was passed to New Trier in 1921, despite the century-long assumption that the village owned the portion in question, which is roughly 767 feet in length and 50 feet wide.

After learning that it owned the land where the portion of Essex is located, New Trier wished to convey it back to the village, largely because Winnetka has several public utilities — including water, storm sewer, sanitary sewer and electric lines — that run within it.

The village has maintained the property for the last century.

Village President Chris Rintz said that this is the second time a situation like this has come up since he’s been with the village. He noted a previous time when the village assumed it owned the Cherry Street extension at Duke Child Field, when in actuality it didn’t own that either.

“I’m thinking before we do any more streetscape projects we should do some thorough title searches to make sure that we’re not improving somebody else’s property the next time around,” Rintz joked.