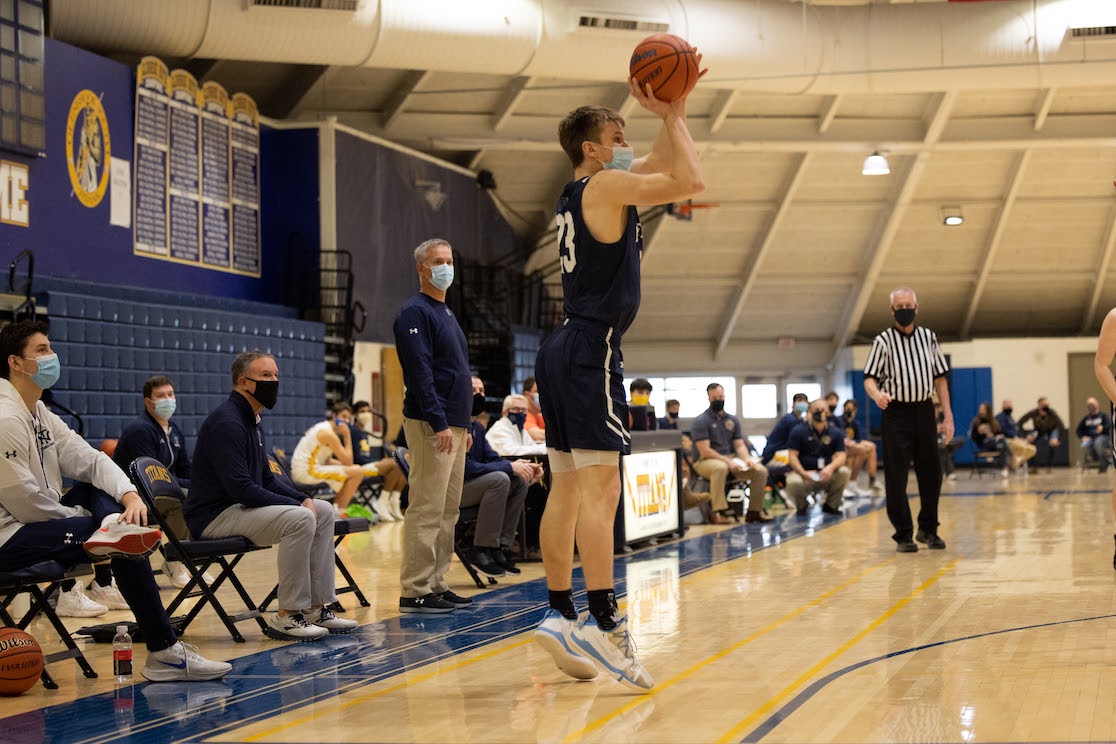 Jake Fiegen showed up to the gym early and with a plan.

Playing with his AAU summer team, Full Package, the New Trier rising junior arrived well before gametime Sunday, July 25, to get extra shots up. He went through his warmup routine, “feeling pretty good, but nothing special,” he said.

What followed was special, however, as Fiegen delivered the performance of his basketball life so far, scoring 51 points that included an astounding 13-of-16 shooting clinic from the three-point line.

“It’s a great feeling,” Fiegen said of being in that kind of rhythm. “It just feels like everything is going your way and your shot feels very smooth and everything just feels right.”

Oddly enough, Fiegen started the contest by missing his first shot. But embracing the traditional short-memory of a sharpshooter, Fiegen persisted and showed why he is becoming one of the state’s most-known and deadliest perimeter players.

Shortly after that initial misfire, Fiegen began burying shot after shot. By the end of the first quarter, Fiegen could sense the zone he was entering.

But it wasn’t until the start of the second half that he knew it was a special afternoon.

The New Trier player said he’s enjoyed such a rhythm before, and it’s a feeling that cannot be matched.

But he also knows he couldn’t haven’t accomplished the feat without help.

“I’m so thankful for my teammates — for finding me, and I know it can be difficult to know that if you pass it to me, I’m going to shoot it, but it feels good because I know that I have people around me that support me,” he said.

Fiegen’s remarkable shooting performance helped his team pull away in the second half, securing Full Package’s undefeated (4-0) weekend. He averaged more than 31 points per game, on 66 percent from three-point range.

The strong tournament continued a summer full of highlights for Fiegen, who said he believes he’s improved as a shooter both off the dribble and on the catch. Fiegen also said he’s improved defensively over the summer.

New Trier will look to the junior wing as a key contributor this season, a campaign that the Trevians enter with high expectations.

“I’m very excited and really looking forward to it,” Fiegen said. “We have a nice group of guys that are very close and it’s a lot of fun playing with them.”

Fiegen added that he hopes to be more vocal this season and be “more of a leader.”

As for his level of confidence? Don’t expect that to change.