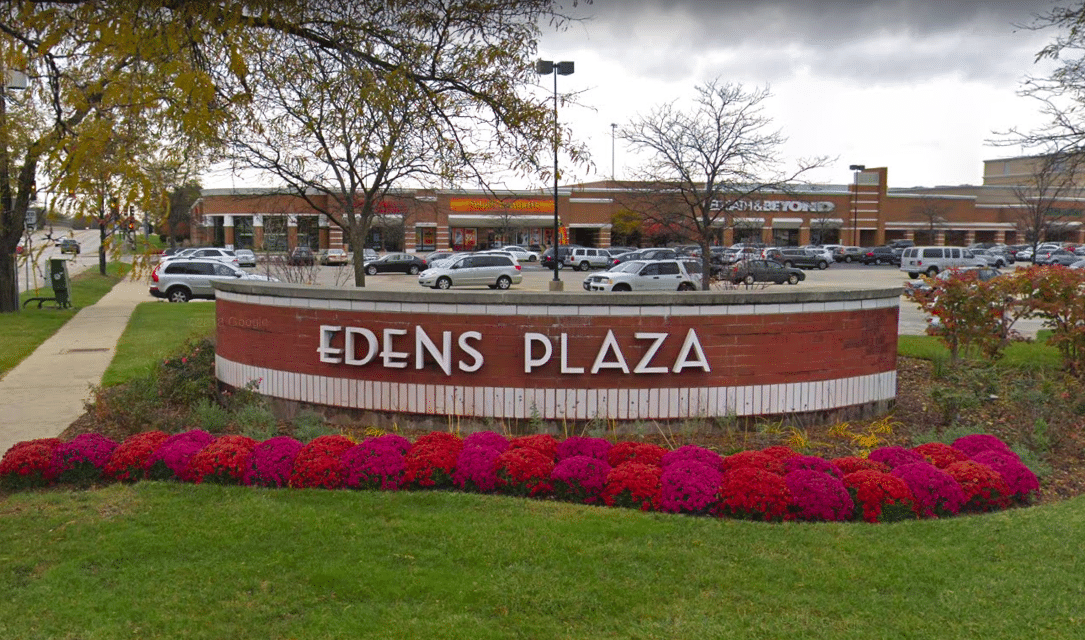 Edens Plaza was selected by village officials as the most appropriate area for a cannabis dispensary in Wilmette. | Image from Google Maps

The possibility of adult-use cannabis sales in Wilmette is continuing to grow as village trustees offered a budding show of support Tuesday night.

Wilmette’s Village Board voted 5-2 during its meeting Tuesday, July 27, to allow staff to prepare an ordinance allowing cannabis sales at Edens Plaza at the northwest corner of Skokie Boulevard and Lake Avenue.

Village staff will develop an ordinance allowing for the limited sale of cannabis in Wilmette, and the board will consider it at its August or September meeting, Village Manager Mike Braiman said.

Trustees have already extended the village’s moratorium on local recreational-cannabis sales through 2021.

The board’s furtherance of the matter comes after extensive prior reviews and several rounds of deliberations at the committee level.

Wilmette’s land use committee previously conducted two public meetings — one of which included a public hearing — to further vet locations for a potential dispensary. The committee recommended Edens Plaza, out of a total of nine zoning districts that it considered, as the only in Wilmette that fits officials’ preferred criteria.

Trustees’ decision to provide staff with direction gives Edens Plaza ownership, Newport Capital Partners, an indication on how to move forward with plans for the tax-driving shopping center.

Board member Kate Gjaja described trustees’ willingness to move forward with recreational cannabis sales as a “tool for (Newport) to move quicker in its plans for the plaza,” which she noted is Wilmette’s largest tax driver.

Several trustees agreed that a cannabis dispensary should not be the linchpin in the revival of Edens Plaza, which has several notable vacancies, including Carson’s.

Although officials deemed Edens Plaza as the most appropriate site for a potential dispensary, the specific home of a cannabis retailer within the shopping center gave some trustees hesitation.

Plunkett said she would be “very concerned” depending on the location inside Edens Plaza, noting that officials would not want a dispensary to be the highlight of the complex. She added that the board would look at any proposal with “a critical eye.”

The recently appointed village president is also still not sold on cannabis sales in Wilmette.

“I’ve never been a big fan of this, and I have to say that I am not thrilled with the idea of having recreational cannabis in Wilmette,” she said. “But I do feel somewhat allayed by the security and listening to (Police) Chief (Kyle) Murphy and having many talks with him about this and just the experiences of other businesses and other towns.”

Plunkett, as well as other trustees, also expressed surprise with the minimal level of public engagement, adding that there hasn’t been the level of concerns that Wilmette has had on other issues.

The most notable level of public engagement Wilmette received on the matter came when the village set up an advisory ballot question to collect the community’s opinion.

The nonbinding advisory referendum, which appeared on local voters’ November ballot, garnered strong support from Wilmette residents with just over 56 percent of residents voting in favor of allowing the sale of cannabis in the village.

Trustee Kathy Dodd said she believes the level of public engagement will intensify once the board has a special-use permit application in front of it.

“This is not going to be the last time for our residents to speak up,” she said.

Sullivan joined Plunkett in dissent, expressing similar concerns about the location inside Edens Plaza and the possibility of a cannabis retailer being part of one of the “entryways” to Wilmette.

The ordinance related to the sale of cannabis in Wilmette will appear in front of the board either during its Aug. 24 meeting or one of its September meetings. It will appear off the consent agenda and would first be up for introduction before adoption.