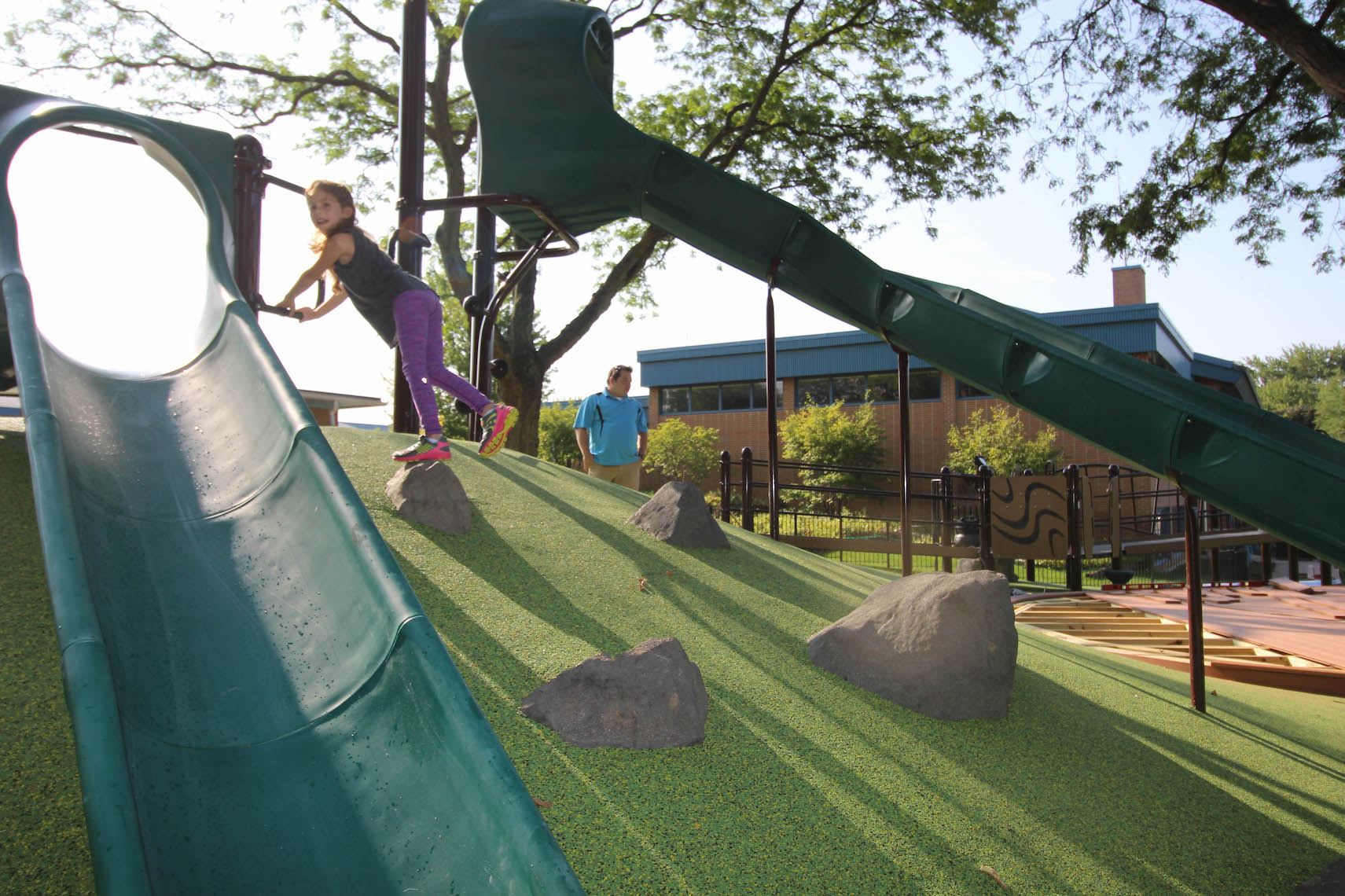 Glencoe's West Park, which is next to West School, is due for renovations. | Photo Submitted

A 107-year-old Glencoe park is in line for a facelift that could include several improvements throughout its footprint.

Glencoe Park District officials are hoping to learn the community’s priorities for upgrades at West Park after commissioners approved the development of a renovation plan earlier this summer.

Glencoe Park Board commissioners plan to debut a draft concept plan on Tuesday, Aug. 3, during a special community meeting. Commissioners will welcome public comments at or before the meeting. Feedback obtained during that meeting will be presented to the Park Board in August.

During their July meeting, commissioners walked through goals of the potential project, including refreshing the park’s existing infrastructure, ensuring it meets ADA accessibility standards, enhancing recreational amenities and keeping the “character of the neighborhood.”

The Illinois Department of Natural Resources communicated that it would be running a $400,00 matching grant program, park officials say, noting that it “would be a great way to offset regular maintenance costs.”

State officials approved a budget appropriation of $28 million supporting the grant program earlier this year, according to a memo from Lisa Sheppard, executive director of the Glencoe Park District. The grant cycle under this program will last through Sept. 1 and enough funding is available for more than 80 projects, officials say.

The park district will need to commit at least $400,000 for the match grant, according to park documents.

Glencoe received a similar grant for its Duke Park project, but because the costs of this project will likely exceed that total, the park is hoping to partner with Glencoe Public School District 35, which also utilizes school-adjacent West Park.

If the park partners with District 35, the project’s budget would be between $1 million and 1.5 million, officials say. Construction would reportedly begin in the first half of 2023.

When commissioners discussed potential concept plans for the park, they outlined six areas of focus:

• Walking loop/ADA park access,
• Replacement of the existing tennis courts with the possible rededication to pickleball courts,
• Replacement of the backstop on the large baseball field and the installation of a synthetic turf infield,
• Updates to the small baseball field’s backstop,
• Improved park and field drainage, and
• Updates to the drinking fountain

Chris Leiner, director of parks, said the park’s baseball fields were built in 1990 and that the backstops are “at the end of their useful lives.”

On the larger of the two fields, the park is considering synthetic turf, which Leiner noted would make the field a “much greater recreational asset for the community.”

One of the replacement options for the existing tennis courts is drop down to two tennis courts and add three pickleball courts, Leiner said, adding that there’s been a “high residential demand for pickleball” and there are no dedicated courts in Glencoe.

Park officials also said there are three concepts they will not even explore at the field: sports field lighting, a permanent outfield fence and changes to parking on Cherry Tree Lane.