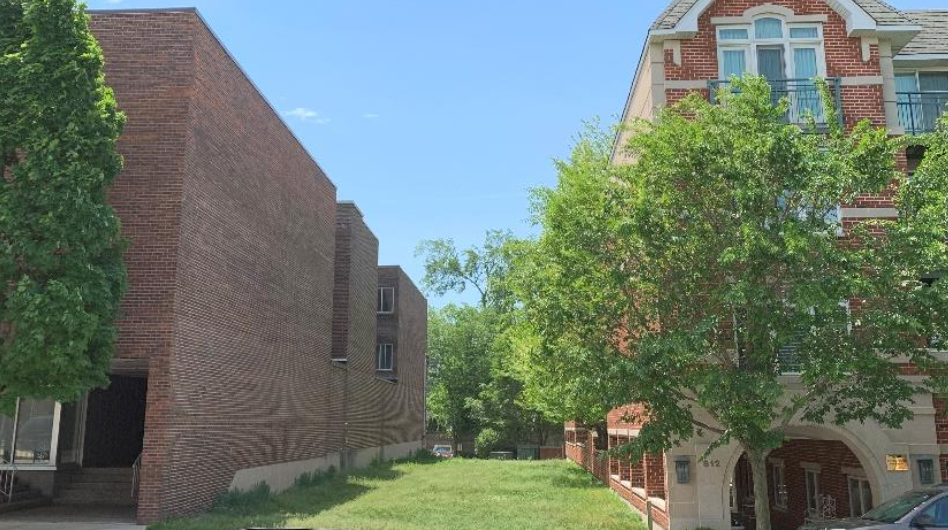 Thanks to a council decision, the lot at 808 Oak St. is part of a subdivision with its neighbors and may be developed.

A set of property owners received approval from the Winnetka Village Council for a request to create a three-lot subdivision of 800, 808 and 812 Oak Street — a maneuver some village officials think could lead to development.

The proposal, brought forward by a trio of applicants, allows for the re-subdivision of a property located on the south end of Winnetka’s West Elm Business District on Oak Street.

Currently, the land hosts two developments, 800 Oak St. and 812 Oak St., according to village documents. The request establishes a third address, 808 Oak St., in the 30-foot-wide empty parcel between the two.

The current lot at 800 Oak includes the vacant land directly to the west.

According to village documents, the “vacant land was purchased by the builder of 800 Oak Street circa 1968, to achieve zoning compliance for the project, and to secure a building permit for the building now located at 800 Oak Street.”

The structure at 812 Oak St. is a four-story mixed-used commercial building built in 1996, per village records. Three office spaces are located on the first floor while 12 residential condominium units are on the top three floors.

Trustees approved only the plat of subdivision, and there is currently no development proposal at this time, officials said.

But David Schoon, Winnetka’s community development director, told trustees that some concepts have been discussed with no formal proposal submitted.

When questioned by trustees, Schoon said one discussed idea was a small amount of commercial space at the front of a potential building between the two existing ones with parking within the building and several units on the top floors.

Several trustees seem to believe the zoning maneuver signals future plans for development, although given the size of available real estate, any project must be small in scale.

Trustee John Swierk noted the proposal is “being created ultimately for development,” adding that it likely would not need variances.

Trustee Bob Dearborn said “I think that is where this trail ultimately leads.”