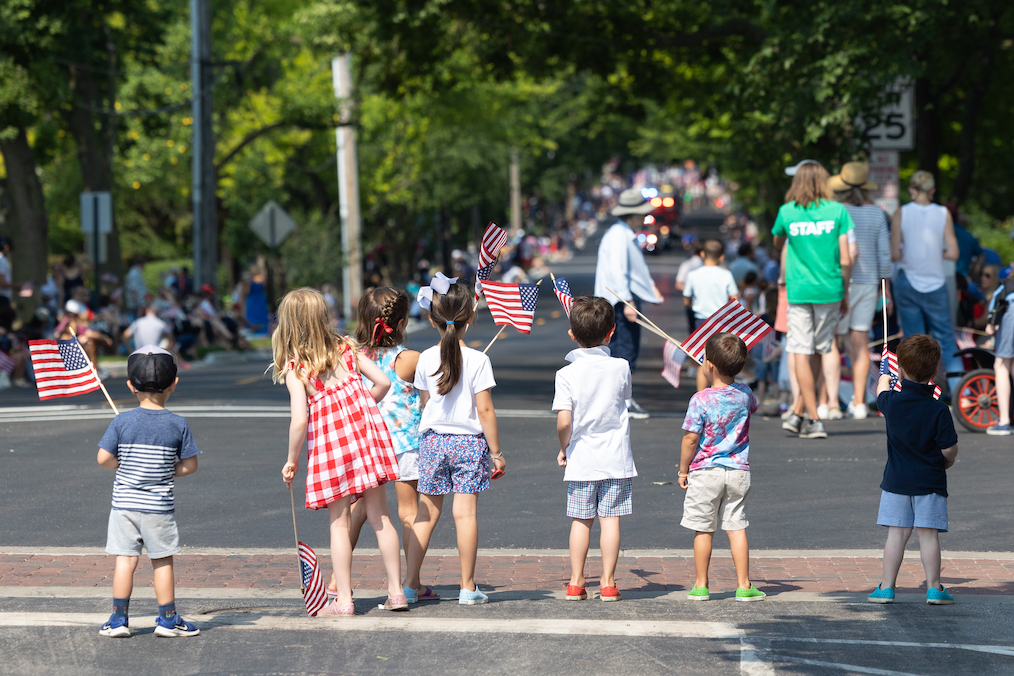 Less than a month after state officials reopened Illinois after a year-plus of COVID-19 restrictions, area residents gathered en masse to celebrate the quintessential summer holiday: the Fourth of July.

Joy, spirit and community were on display at parks and parkways along the North Shore, including in Wilmette, Glencoe and Winnetka throughout Fourth of July weekend.

Independence Day celebrations kicked off with a bang in Wilmette as thousands of locals attended festivities at Gillson Park.

The Wilmette Park District’s Fun and Fireworks event returned to prominence after it was canceled last year due to the COVID-19 pandemic.

The event kicked off at 4 p.m. Saturday, July 3, with music and live entertainment. But the evening’s main event started at 9:30 p.m. when attendees watched in awe and amazement during the firework show — one of the few along the shore during the holiday weekend as many communities postponed their fireworks.

A 5K fun run commenced the holiday fun in Wilmette on July 3.

A local favorite and timeless classic also returned in Winnetka as the village’s Fourth of July parade made its way through town. The parade down Elm Street started at 10 a.m. and concluded along Cedar street.

The guest of honor was Glenn L. Felner, a World War II veteran, who served as the parade’s grand marshal. Winnetka officials said the event would “afford parade attendees the opportunity to recognize Mr. Felner’s bravery, leadership and patriotism for his participation in what has been called the ‘greatest American battle of the war.’”

Felner, a native of Chicago, enlisted in the Army after high school, according to a press release from the Village of Winnetka. Felner served as a technical corporal for the 271st Regiment, 69th Infantry, Division Seventh Army.

Felner fought in the Battle of the Bulge in the Ardennes region of Belgium.

He received several military accolades for “his heroic activities including the Combat Infantry Badge, the U.S. Bronze Star, and the French Legion of Honor decoration.”

Glencoe was full of Fourth of July fun as locals enjoyed a day packed with activities.

Events started at 8 a.m. with a two-mile Rotary fun run. Youngsters and families took part in festive games throughout the late morning and early afternoon hours before the main showcase: the village’s downtown parade.

Neighbors and community groups paraded through downtown Glencoe, starting near Central School and making their way down Vernon Avenue, ending at Village Hall.

Glencoe Beach was open to season pass holders 10 a.m.-7 p.m. on the Fourth. A steel drum band played on the sand from 1-4 p.m. for beachgoers to enjoy.

Family fun was also abound in Northfield when the park district held Fourth of July activities. A family-friendly event at Willow Park that started at 11 a.m. kicked the day off. Festivities included inflatable games, races, a bike-decorating contest and a food and beer tent.