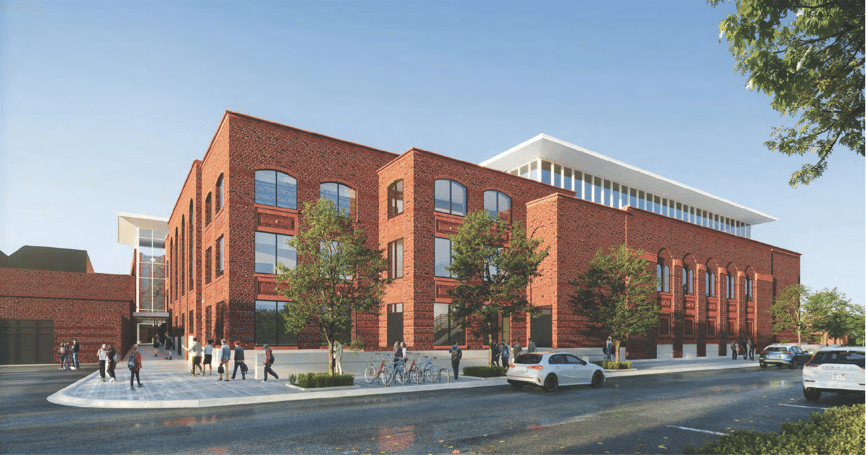 Winnetka’s Village Council unanimously approved New Trier High School’s request for an amendment to a previously approved special-use permit and subsequent variations during its June 29 regular meeting, giving the school the green light on its plans to recreate the east side of its Winnetka campus.

Council members OK’d the project with little discussion, as their approval put the finishing touches on a 15-minute meeting.

In February of this year, New Trier’s Board of Education unanimously approved the $75-million project that will demolish the school’s historic gym and reimagine the east side of the high school’s campus, as previously reported by The Record.

The project includes the construction of a new, three-story athletics and kinetic wellness facility that will address what officials called a “glaringly evident need” resulting from “underinvestment over many years.”

Construction on the project is slated to begin in December of this year with a target completion date of August 2023.

Officials have previously estimated the cost of the project at $75 million.

For a comprehensive breakdown of the plan, read The Record’s previous coverage of this story here.

New Trier’s proposal has now made its way through the necessary Village of Winnetka governing bodies, meaning it will go forward as planned.

Earlier this month, the Village’s Zoning Board of Appeals found the school’s proposed addition on the campus meets the standards for granting a special-use permit and zoning variations. The board recommended unanimous approval of the request.

Three days after the zoning board meeting, the Village’s Design Review Board considered a certificate of appropriateness, finding the design of the potential improvements were appropriate, according to Village documents.

Winnetka’s Plan Commission weighed in on the project in late June, also determining New Trier’s plans “are consistent with the Village’s Comprehensive Plan” and “meet the standards for granting a special-use permit.