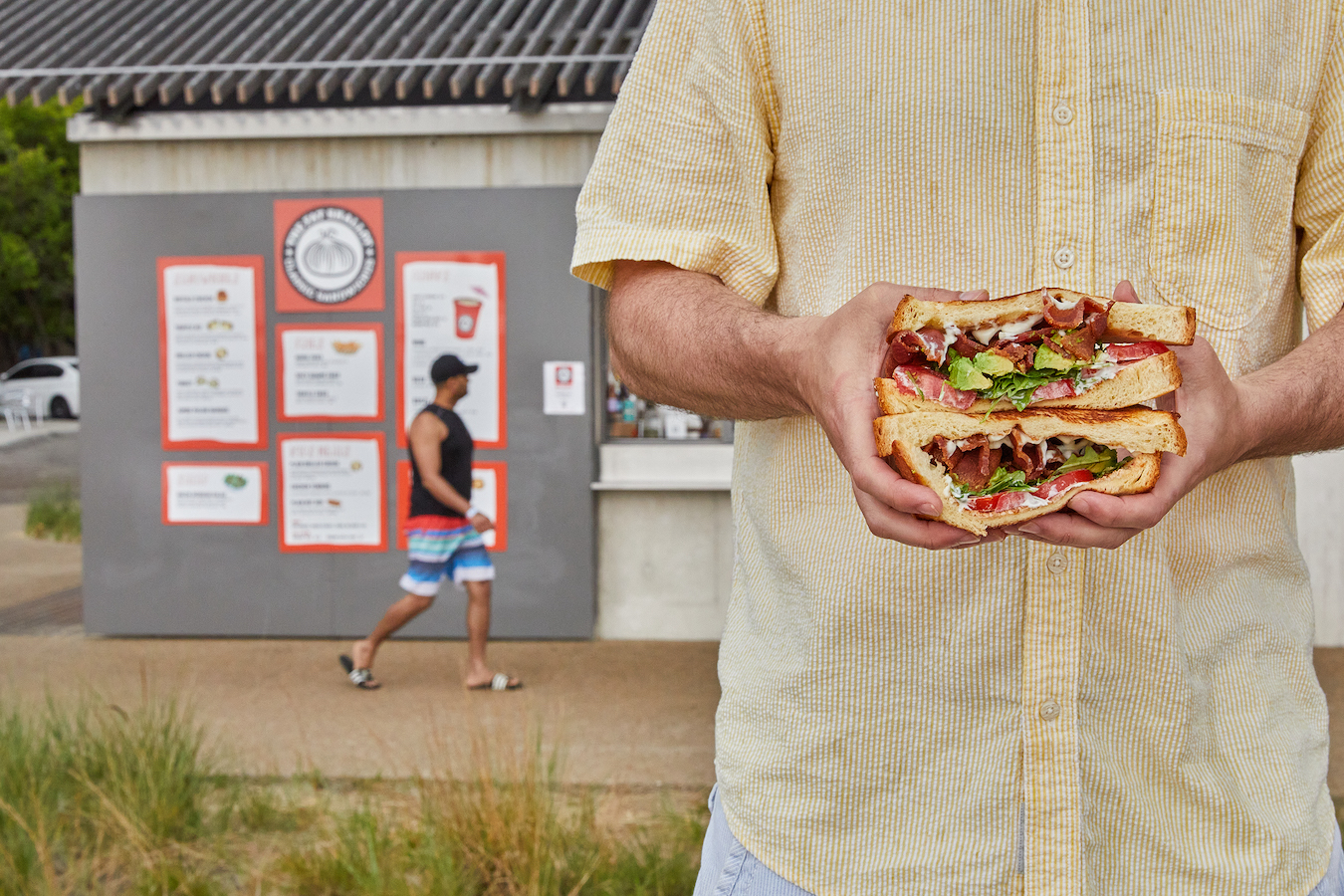 For the first time, the snack shop at Gillson Park has strayed away from traditional concession fare for the summer.

Putting aside popcorn and pretzels, The Fat Shallot restaurant has set up shop, leasing the concession space at the beach house to serve up made-to-order sandwiches, salads and sides at the popular Wilmette destination.

The restaurant — described as an award-winning enterprise with a Chicago restaurant, a food truck, catering services and a cult following in a Wilmette Park District press release — was selected after the park district opened the lease earlier this year, Superintendent of Recreation Emily Guynn said.

“Coming out of COVID, we were thinking that [the park district] had the blessing of reengaging with the community in May and June; however, a lot of restaurants didn’t have that immediately because of the restrictions in place,” Guynn said. “We thought, ‘How do we give back while providing service to our community?’ We don’t often have that opportunity.”

The Wilmette Park District posted the new lease opportunity, hoping for “a family-owned business, someone hit hard by COVID, someone to have the opportunity for a lakefront spot like this,” Guynn added.

Following the proposal process, the park district evaluated “a handful of applications” and landed on The Fat Shallot.

In May, the owners, Sarah Weitz and Sam Barron, opened their restaurant’s additional location in the park’s snack shop, which has a 380-square-foot kitchen with a 1,300 square-foot patio, according to a press release from the park district.

“We’re thrilled to be at Gillson Beach,” Weitz said in the release. “The beach house feels like the perfect spot for the type of food we love to do, and a great way to convert lots of new fans.”

Since its opening, the community has been very responsive to The Fat Shallot, Guynn said.

“We’ve been very pleased with what they’ve been able to offer the community,” she added.

The restaurant has also offered wine, beer and cocktails with a temporary 72-hour liquor license every week from the Village of Wilmette, Guynn said.

The cocktails include: Cantina tequila soda, vodka ginger lemonade with mint and a gin and tonic slushee.

“It’s not a full-service bar; this is something offered only on the weekends right now that enhances the meals for adults,” Guynn added.

A full liquor license was approved Tuesday night, June 22, by the Wilmette Village Board, in which granted The Fat Shallot and Wilmette Park District to offer adult beverages during all operation hours.

The snack shop is accessible to not only the swimming beach, but the entire park with its location west of the fence line. Immediately south of the shop, there is the patio, where anyone can sit down for a meal whether or not it’s purchased from The Fat Shallot. The only restriction in place is if alcohol is purchased, the customer must remain on the patio.

The Fat Shallot’s 2021 lease will expire when Gillson Beach closes for the season on Labor Day; however, there is a possibility the restaurant may return.

Specifically, Guynn said the park district and The Fat Shallot have “a great synergy” and the restaurant can renew its lease after the first year.

The Fat Shallot is open from 11 a.m.-7 p.m. Tuesday-Sundays and closed Mondays. In addition to serving beach patrons from their takeout window, the press release says the restaurant offers online ordering, curbside carryout and delivery to homes and businesses in the immediate area.