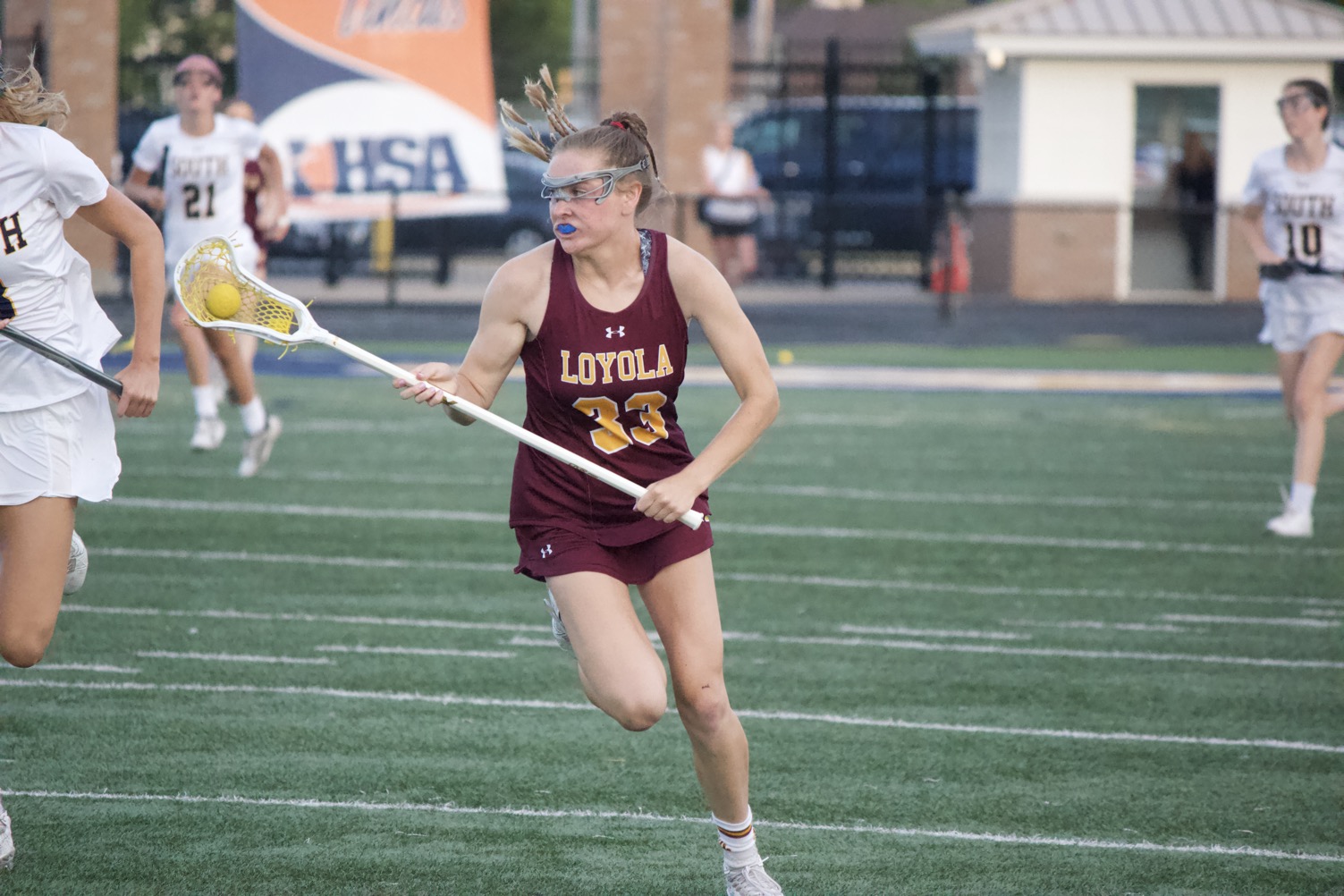 Championship games often come down to the wire but the Loyola Academy girls lacrosse team left no doubt about the best team in Illinois this year, setting the tone early in its state title match.

The Ramblers jumped out to a 4-0 lead over the Glenbrook South Titans in a matter of minutes, scoring their first two goals in 16 seconds of gameplay. Loyola kept its momentum in full force all evening, defeating the Titans 18-7 to win the IHSA state championship on Friday, June 18, in Glenview.

Loyola made it a priority to start fast after falling behind in the sectional championship against New Trier and battling Hinsdale Central in a tight affair, head coach John Dwyer said.

“(Glenbrook South) is good on the draws and they proved that throughout the game, so we needed to get those early draws, we needed to get goals early and take a little bit of the pressure off of our kids because in the last couple of games we feel behind a little bit,” Dwyer said.

“ … We can come back, we’ve proven that, but it makes it a little bit less stressful when we get a lead like that. (Starting fast) was a priority. We talked about that all day during the sessions with these kids about coming out quick and coming out fast and they did.”

After the Titans added two goals to make it 4-2, the Ramblers scored seven consecutive times to put the game out of reach. The victory moved Loyola to a perfect 25-0 on the season — its first unbeaten and untied season in program history.

“She’s special. She is unbelievable,” Dwyer said. “She has worked so hard at her craft. She was a really good player as a freshman and she only worked harder to get better and better.”

While the Ramblers’ roster is loaded with talent, the team’s leaders believe the group’s camaraderie makes all the difference.

“We’ve really never had a team like this,” Lazzaretto said. “We’ve always had the talent past years, but this team just connects on a deeper level. We have the best chemistry that I’ve felt with a group of girls.

“You can’t out-team us. We’re just too solid of a team. We work so well together. Nobody really cares about themselves. I think that is the coolest thing about this team. We’re the most selfless group of girls and it really shows itself every single game.”

Loyola’s conquest comes one year after the team’s season was canceled due to the COVID-19 pandemic. The 2020 Ramblers were “a really special group,” Dwyer said, adding that it was heartbreaking that “phenomenal team” never got to play a game.

The Ramblers devoted this year to the senior Class of 2020, making their championship efforts all the more sweeter.

“There’s just so much more behind it,” Lazzaretto said. “Winning a state championship is pretty awesome in it of itself but then you add in that our season was canceled out last year, we had the most special group of seniors last season, so we played for them.

“I think it was just that much sweeter because there was so much more behind it. So much hard work and so many sacrifices.”

While this is Loyola’s 14th state championship, it is its first from the IHSA, which began oversight of the sport’s postseason in 2018.