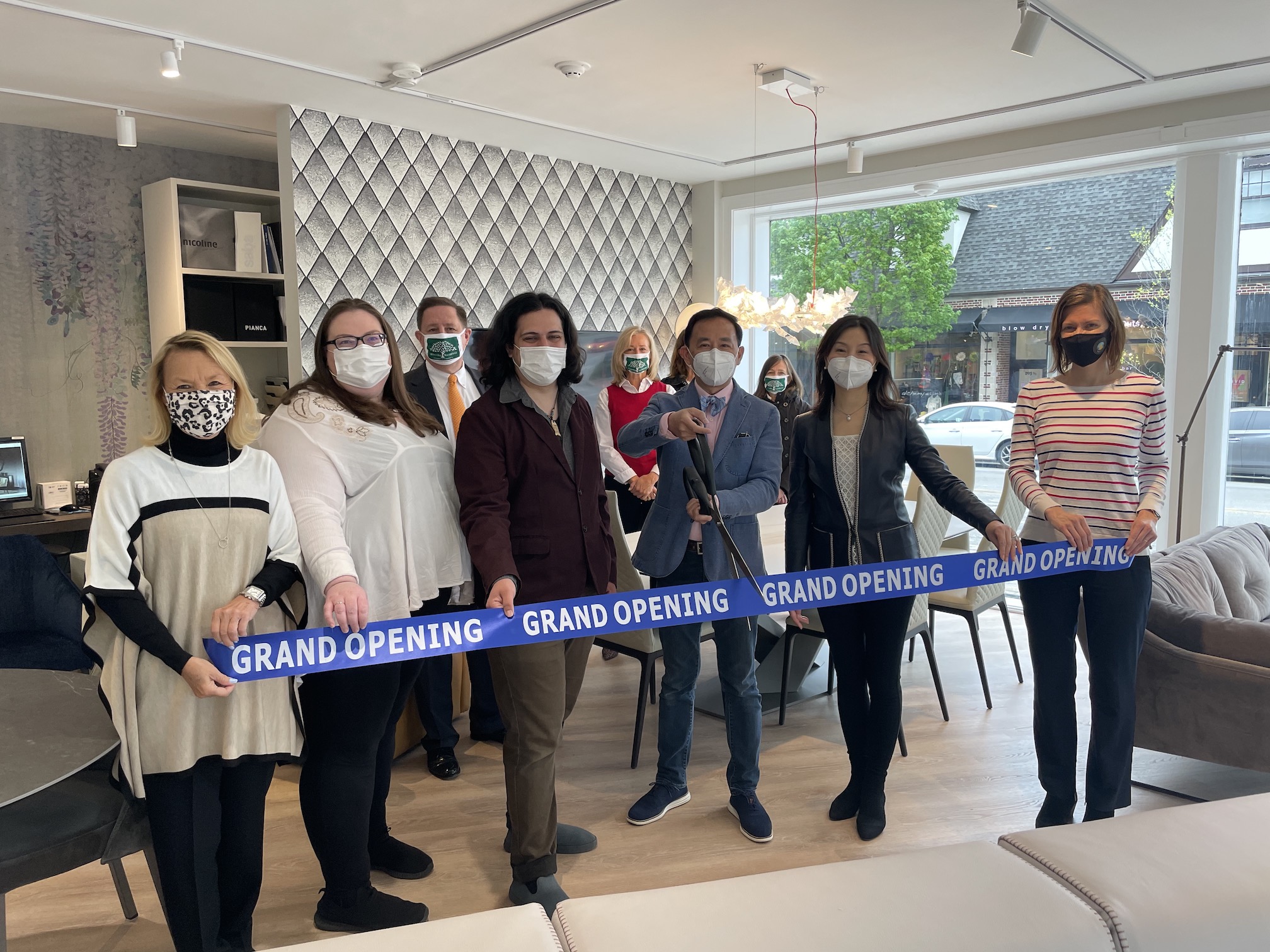 Casa Spazio President Mike Cao (center) cuts the ribbon with his wife Jenny Cao (to his left) at the opening this spring at 886 Green Bay Road, Winnetka. | Photo Submitted

Casa Spazio is a furniture showroom in the Hubbard Woods Design District in Winnetka. The shop carries a collection of more than 25 different luxury home decor brands with products in a wide variety of styles and finishes. Their speciality is Italian furniture, plus rugs and lighting from vendors, such as Bonaldo, Cattelan, Gamma and Sangiacomo, according to the chamber.

HeArt Studio is a new concept with three founders: Nancy Iida, Lisa Byrne, and Donna Corazza. Their mission is to create beauty one brushstroke at a time, the chamber said. Iida is focusing on connecting the studio with Henry’s Heroes Foundation to raise funds and awareness for epilepsy research by donating her paintings.

Standard & Poor’s Global Ratings has issued a AAA rating with a stable outlook for the Village of Glencoe’s planned $7 million General Obligation Bond issue on June 17 and reaffirmed this rating on all outstanding debt, according to a press release issued by the Village.

The Village is issuing bonds following the community’s support of the April 6 ballot request to issue $10 million in General Obligation Bonds to fund numerous infrastructure improvements. The June bond issue will be the first installment of the authorized bonds, utilized to fund improvements to the sanitary and storm sewer systems, residential sidewalks, street resurfacing and street lighting, the release adds.

The second installment of $3 million will be issued in 2023.

“The Village of Glencoe’s AAA credit rating represents the highest credit rating that can be earned by an organization and is a direct result of sound financial management, prudent and sustainable decision making and strategic planning on the part of the Village president, board of trustees and Village management,” the release says.

North Shore Country Day sophomore Danielle Savin, of Wilmette, received an honorable mention for her representation of Vietnam in a simulation of a United Nations Security Council meeting at the Best Delegate Model UN Tournament of Champions held May 22-23.

Savin, who was one of only 160 high school students from across the United States and Canada to qualify for the tournament, debated the situation in North Korea, according to a press release from the school.

This year-end conference showcases the best of the best — delegates who are passionate about solving world issues and experienced in research, speaking, debating, negotiating, writing and leadership skills. Every delegate participating must have received an award at a qualifying conference to enter.

“This is a huge honor,” NSCDS Model UN Program Coordinator Dana Specht said in the release. “She has talent and works hard; earning an award at this competition is the cherry on top of an amazing year. She set a goal, stayed focused and made it happen.”