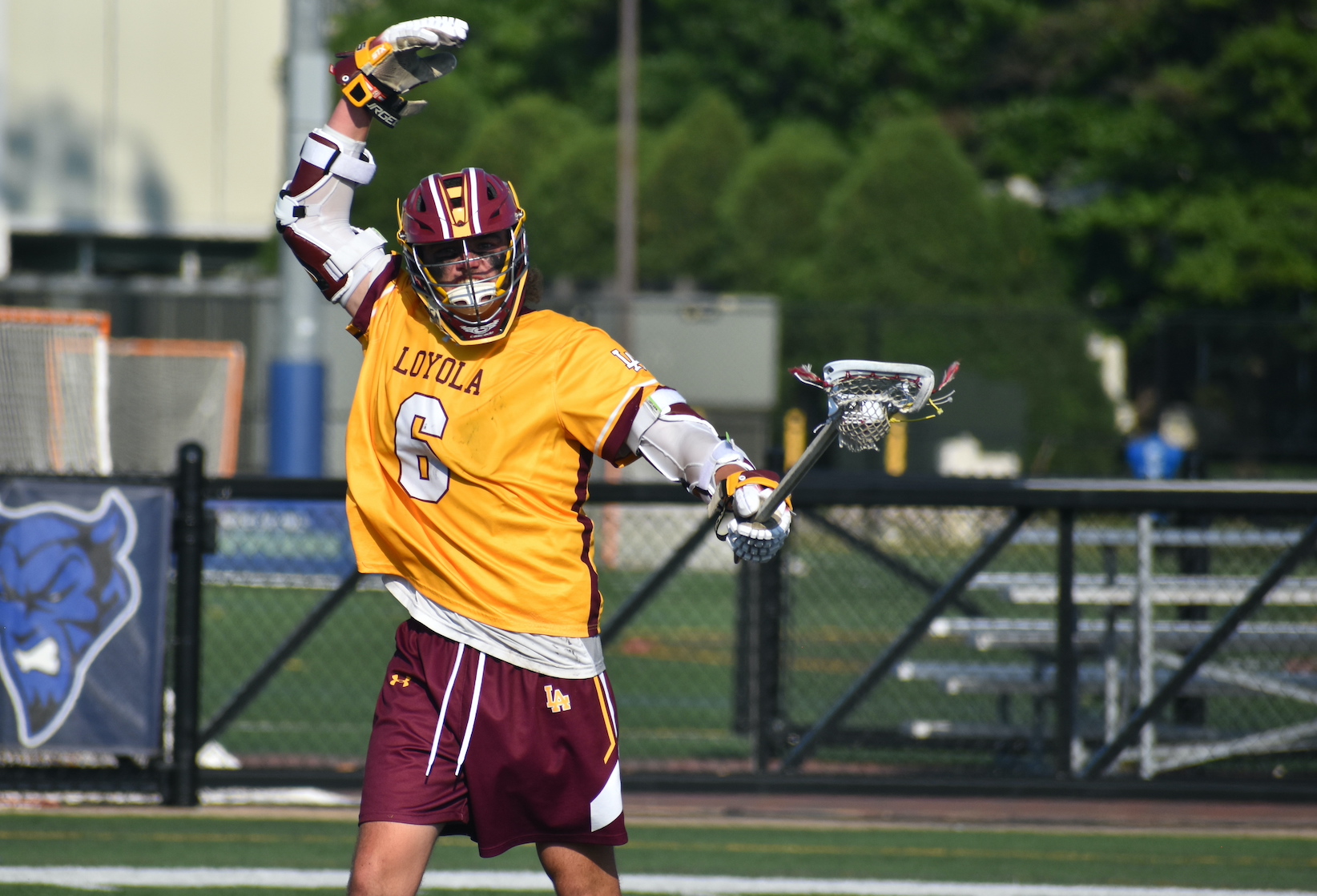 When a team or players is “in the zone,” the phenomenon is surprising and usually spells disaster for the opposition.

Loyola Academy boys lacrosse being in a zone caused the same effect to New Trier on Friday, June 11.

The Ramblers played a zone defense for the first time all season, which coach Rob Snyder said kept his offense fresh and the host Trevians off-balance in an 11-9 victory in the sectional championship in Northfield.

“We figured it was going to be hot out, and our defense played … zone, which we never ever do. So our guys were standing around more than running around,” Snyder said. “It worked out great. Offensively, we played patiently, got some breaks.

The zone defense, similar to its consequences in basketball, was vulnerable to outside shots, as New Trier’s Jesse Shapiro took advantage with three first-half goals (5 total).

Snyder said he spoke with his staff about ditching the zone, but stuck with it and it paid off in the second half.

But each time, the Ramblers quickly fought back. Loyola’s runs to end the half (6-1) and the game (5-1) were the difference.

“It’s a game of runs and we never went on that last run,” Trevs coach Tom Herrala said. “Credit to them. They came out in a zone and slowed us down. It took us a little while to get acclimated to it. … You think you got a shot but you don’t really, especially when they have a good goalie.. A zone, just like basketball, you have to move the ball and find the open guy.”

Herrala also credited the Ramblers’ offense, which he said played with more patience and that tired his defense.

“The biggest difference was they were patient and deliberate on offense where we were not,” he said. “They wore our defense down. … They had a good game plan and they stuck to it. And we didn’t necessarily play our game.”

After halftime, New Trier scored three goals — two from Shapiro and one from Tommy McAtamney — to take a 7-6 lead, but the momentum did not stick.

A variety of Ramblers found the net, an ongoing theme for Loyola.

Another theme is throwing shots on goal, as Snyder said his team has shot “by volume” all year long. Fighting through the barrage was New Trier goalie Brian Kaskey, who made a plethora of saves, especially in the second half, and earned the praise of both coaches.

“He played outstanding. He’s very good,” Snyder said, while Herrala added, “He’s great. Brian kept us in the game for sure.”

New Trier pulled within a goal once more when John Babnik scored off a feed from Shapiro to make it 9-8 heading into the fourth quarter.

But in the final period, the Ramblers stepped up on both ends of the field, scoring twice (Bennett Chow and Will Todd) and holding New Trier scoreless until one late, inconsequential tally.

Loyola’s win avenges a regular-season loss to New Trier, the Ramblers (16-1) only defeat on the season. It also falls in line with the “curse” as the players call it that whichever team wins the regular-season matchup loses the postseason one.

This is the third season the IHSA has managed the lacrosse postseason, and the Ramblers are going for their second championship.

Their path meets up with St. Rita on Tuesday, June 15, in supersectional play. Other teams remaining include York, Lake Forest and Glenbrook North, which upset St. Viator on Friday night.