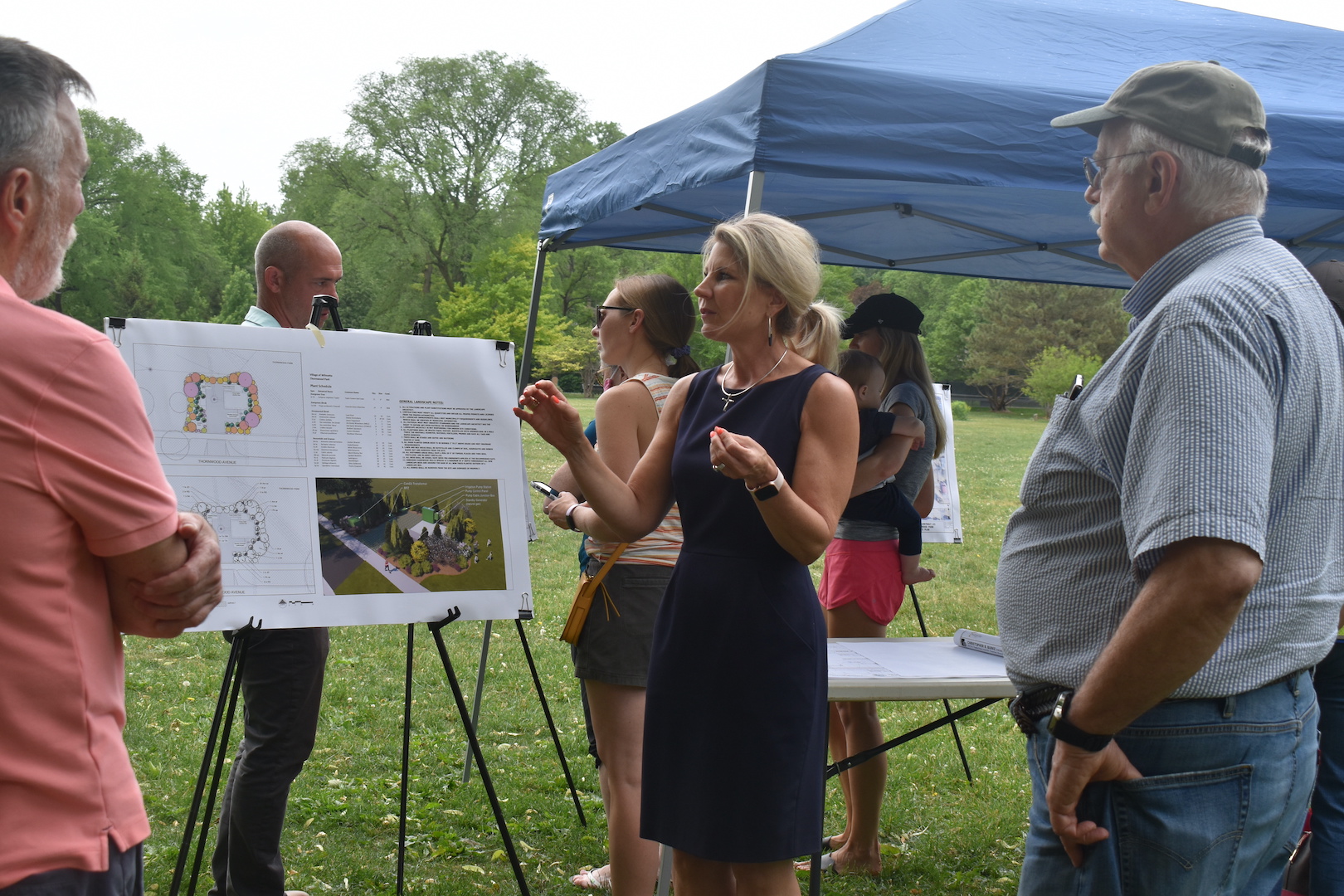 Each Wilmette Village Board meeting brings with it a bittersweet feeling for Brigitte Berger-Raish.

Wilmette’s massive stormwater-relief efforts known as the Neighborhood Storage Project, which involves placing massive water-holding tanks under local parks, “has been a project of a lifetime to build,” she said.

But progress is inevitable.

Berger-Raish presented village trustees with an update on the $65 million project during the board’s June 8 meeting, noting that the second phase is nearing a milestone.

Officials completed vault construction for Phase 2 on June 4, while storm-sewer work is ongoing. The targeted completion date is Oct. 1 of this year, officials said.

This phase of the project is in line with the projected budget of $12.9 million, according to Berger-Raish.

With the majority of the second-phase work done, Berger-Raish said it’s a “good time to come and share progress on Thornwood Park,” the site for the project’s third phase.

Phase 3 will be the project’s most expensive, as officials are estimating a cost of approximately $27 million. The phase is more costly because significantly more linear feet of sewage will be added, officials said.

Officials hope to achieve 90 percent design for Phase 3 in July and are planning to go out to bid in December of this year, Berger-Raish said.

The most challenging part of the phase will be “getting all that truck traffic into that neighborhood and out of the neighborhood,” Berger-Raish said, noting that it will require more than 7,000 trucks largely in the residential area of Kenilworth Gardens.

Although it will be a daunting task, “so far the energy and all the sentiment surrounding this project is positive,” Berger-Raish said.

The Village held a resident open house earlier this week and plans to hold another in August.

As of now, the phase’s budget is “looking really good at this point,” Berger-Raish said.

“Our goal is to not have any surprises when we open bids so we would like to stay at that $27 million or below,” she said.

Trustees applauded staff’s efforts to be at or under budget on all three phases of the project thus far. Daniel Sullivan called it a “monumental feat.”

One unique element of the final phase is that officials will create a viewing area so that locals can see construction and watch what’s going on.

“There’s so much interest in what’s going on, we’re going to create a viewing area on the north side of the park, kind of adjacent to the playground and the tennis courts,” Berger-Raish said. “So we’ll get a lot of visitors.”

Wilmette’s Village Board first approved the Neighborhood Storage Project in 2018. Less than one year later, the board approved an optimization of the project, which brought the level of protection up from 71 percent to 98 percent for structures that are vulnerable to flooding on the west side of Wilmette, officials said.

At the time of the optimization approval in 2019, the village anticipated the project would cost $68 million.

The project proposes to deliver flooding relief to thousands of residents living in west Wilmette, officials said. It is funded by a stormwater utility fee that went into effect Jan. 1, 2020.