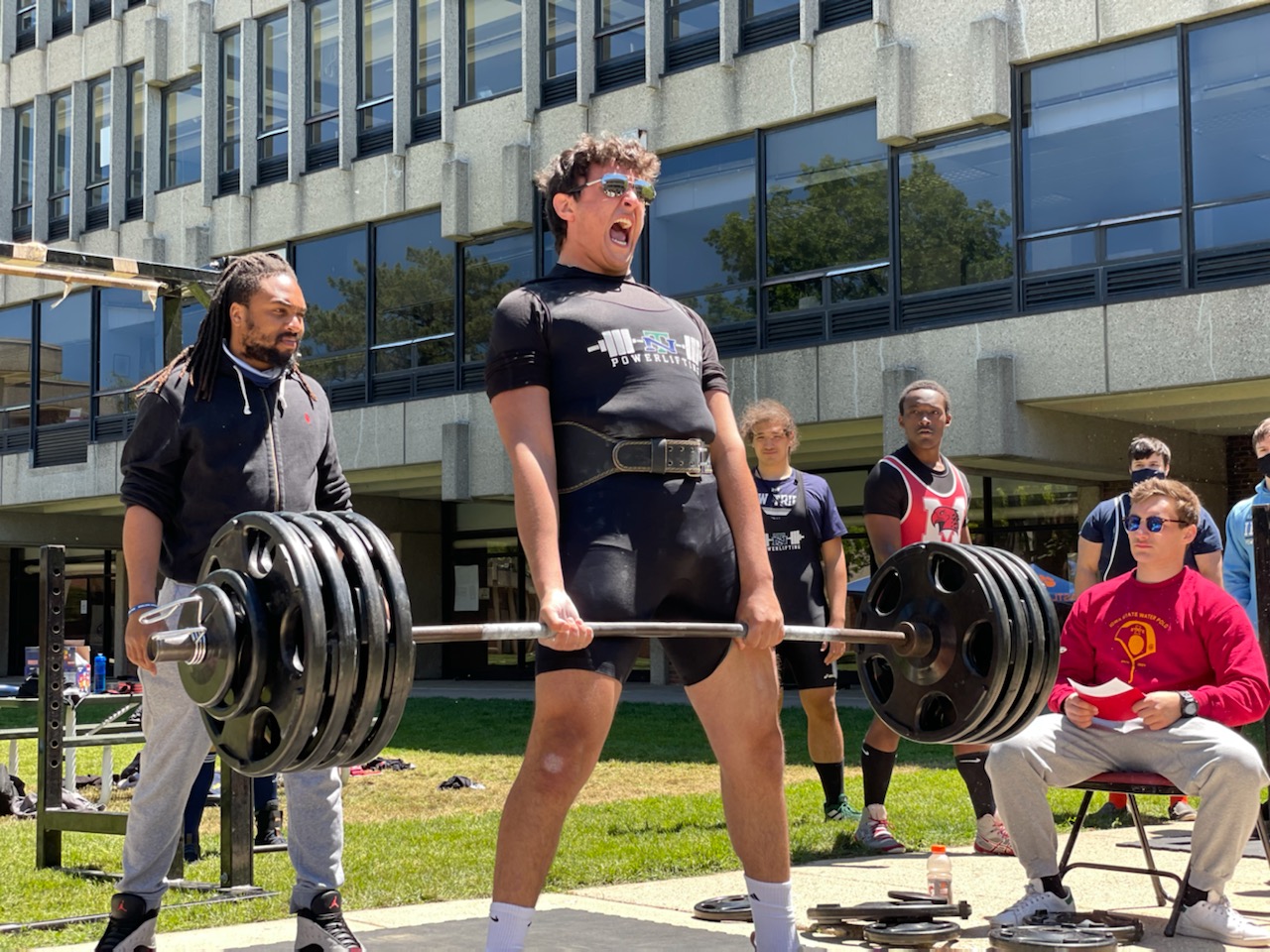 Luck plays a significant role in athletic competition. Sometimes the ball bounces your way, and other times, it does not.

The luck factor is often the difference between winning and losing — but not here.

“These sorts of competitions, there’s no fudging it,” he said. “ … You have either worked for a long period of time, really diligently, and put it on display or you can’t win in something like a powerlifting competition.

“You either did the work or you didn’t, and gravity takes over and there’s nothing you can do about it.”

The Trevians fought off gravity and the competition as they showed off the fruits of their labor en route to two big-time powerlifting championships in recent weeks.

The school’s powerlifting club, led by Davis, earned the state crown on Saturday, May 29, from the Illinois High School Powerlifting Association, and a national title — the club’s second straight — on May 17 in the USA Weightlifting High School Throwdown.

In the state competition, teams from across Illinois made their way to the courtyard at New Trier’s Northfield campus for a rare outdoor competition.

Cheers built on encouragement banged off the campus’s buildings to create a powerful atmosphere for all the day’s lifters.

If there were an award for loudest motivator, New Trier junior Jesse Mendoza thinks he was in the running, as he pushed and celebrated all the competitors.

“It’s more going against yourself and then celebrating the other guys who are lifting because they put in a lot of work as well,” he said. “And there are some extremely strong guys and girls that lifted. I was extremely impressed. … I was just recognizing their efforts. I don’t want to pat myself on the back, but I think I was cheering the loudest out of anyone. It was really fun.”

Similar to other individual-entry team sports, each competitor who places earns points for his or her team. Mendoza joined Liam Cummins (165) and Ryan Fenner (220) as weight-class champions who led the Trevians to a team title.

And in the end, every lift mattered, as New Trier finished just one point ahead of Amos Alonzo Stagg High School out of Palos Hills, Illinois. McHenry High School took third.

Club President Ellie Song actually missed the awards ceremony and heard about the victory via text message while at work.

“To be honest, I was really surprised,” she said. “I knew state was a very competitive meet, so I wasn’t expecting anything crazy, but when I heard, I thought ‘That’s insane.’”

This year’s state competition was an open event, meaning the male and female participants competed together under their school’s flags. In past years, there were different competitions for the genders.

The onset of the COVID-19 pandemic in the late winter of 2020 led to the shutdown of the state and national meets in the spring.

By summer, when more was known about the virus, student-athletes began finding ways to get back into training. Powerlifting was no exception, Davis said; though, he wasn’t sure how it would all play out.

“We did everything we could in this COVID moment to create outdoor lifting opportunities, taking temperatures, doing wellness screening, spreading kids out, lots of stipulations, lots of precautionary measures and still they showed up every day,” he said. “Our kids have been lifting consistently throughout the quarantine.

“I think that’s the special part about it is that even amid these wildly unusual circumstances they just kept showing up and kept working.”

But it is another set of gains that matter more to powerlifters like Mendoza and Song. Ones that they won’t lose as they move on.

“The skills I’ve learned in powerlifting are a lifelong thing,” Song said. “I don’t think I’ll be competing professionally after high school, but the things I’ve learned these past three years are things I will definitely take with me for a long time.

“On the mental side of things, personally, I’ve always been an overthinker and I’ve learned so much on how to control that and be successful in my own way.”

Mendoza concluded, “I know if I work hard and have faith in myself and know the process is going to work I have nothing to worry about. … To be frank, a lot of people want big biceps and huge bench numbers and they don’t want the work that comes into it. At first, I was like that too, but I fell in love with the process of working so hard with other people.”