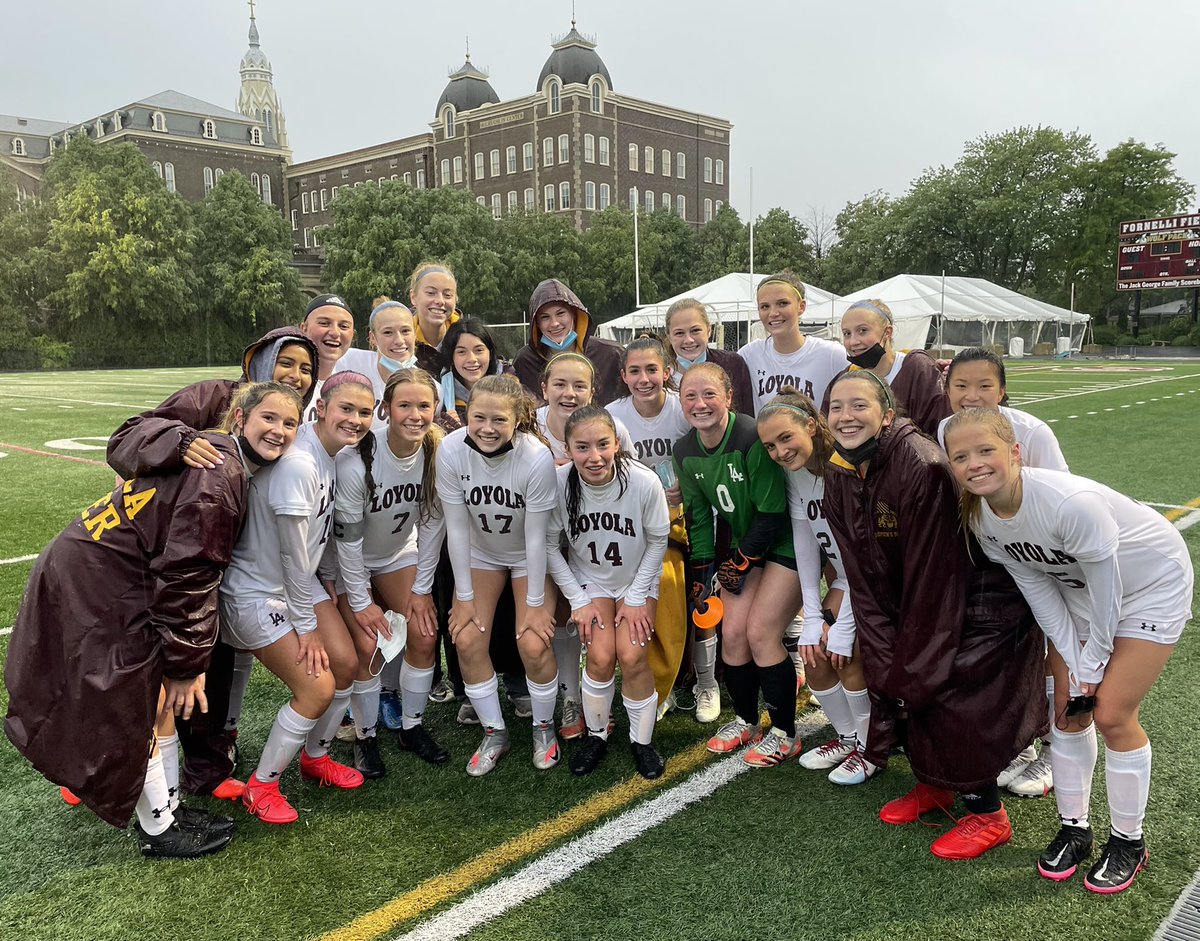 Naya Rhee, Elizabeth Marquardt, Charlotte Dellin, Caroline Finnigan and Josie Noble all netted goals for the Trevians during their first-round playoff win over the Blue Demons on Wednesday, June 2.

The Ramblers scored early and often on Wednesday, June 2, to advance to the next round of the state playoffs.

Morgan Fagan scored the only goal of the night for either side via an assist from Caroline Finnigan as the Trevs edged Fremd on Saturday, May 29, in Palatine.

Morgan Fagan found the back of the net, leading the Trevians by the Giants in an unofficial Central Suburban League championship game on Friday, May 28.

The Ramblers finished a perfect 10-0 in GCAC conference play with their win over the Wolfpack on Friday, May 28.

Emma Shaffer netted her second goal of the season to lead the Ramblers past Mother McAuley en route to earning the GCAC red division crown on Thursday, May 27.

The Eagles ended New Trier’s season with an opening-round playoff victory over the Trevs on Tuesday, June 2.

KK Raymond’s three hits and Hope Balourdos’ three RBI helped Loyola blow by Niles North in the opening round of the playoffs on Wednesday, June 3.

Mackenzie Barry struck out 12 batters over seven innings of work to lead the Ramblers over Fenton on senior day Monday, May 31.

Kelly Corcoran smacked two hits for Loyola while Lily Moran drove in one to help the Ramblers best Resurrection on Saturday, May 29. Barry racked up eight punch outs over seven innings.

The Ramblers finished second in the GCAC red division behind Montini.

The Hawks’ offense overpowered New Trier as it plated eight runs to beat the Trevians on Thursday, May 27.

Charlie Brodell’s walk-off hit capped a four-run seventh inning as New Trier defeated the Patriots for its 21st win of the year on Tuesday, June 1.

Brenden Stressler, Graham Mastros and Charlie Brodell had two hits each during the Trevs’ nonconference road win on Monday, May 31.

A sixth-inning run by Lane Tech was the difference on Monday, May 31.

The Vikings capped a doubleheader sweep by beating the Ramblers on Saturday, May 29.

The Panthers dropped an 11-7 contest to Highland Park to conclude the regular season on Friday, May 28

The Trevs notched their 16th win of the season with a convincing win over the Scouts on Thursday, May 27.

The Ramblers erased an early five-goal deficit to earn a come-from-behind win on Tuesday, June 2, in Glenview.

The Trevians battled back to take the match’s second set but the Blue Devils captured the third to take home the victory on Tuesday, June 1.