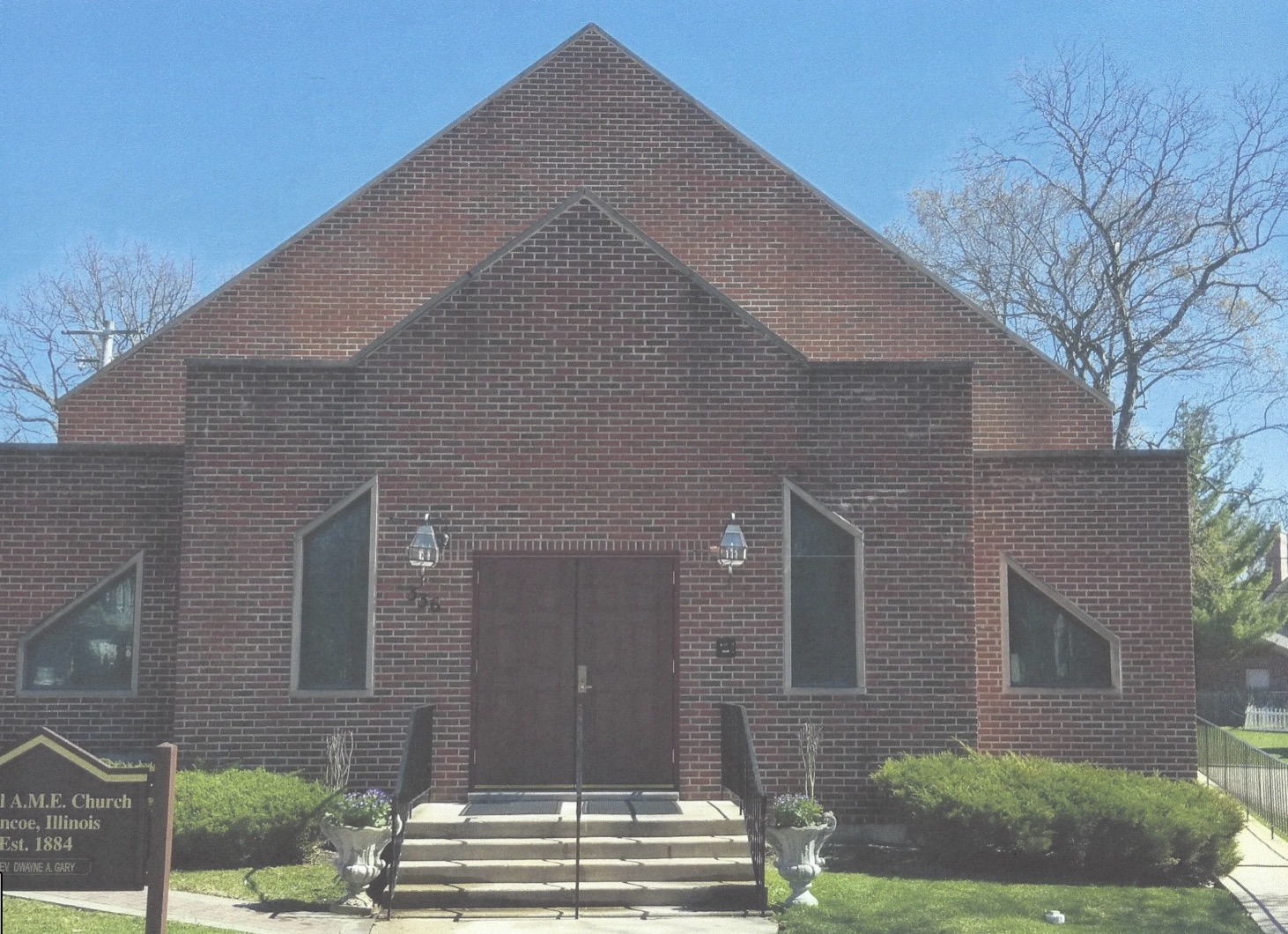 The legacies of two Glencoe figures were solidified by village trustees at their monthly meeting Thursday, May 20.

In one form or another, St. Paul AME has been a Glencoe institution since 1884, when it was a prayer group led by Glencoe’s first Black home owner, Homer Wilson, and known as the Glencoe African Methodist Episcopal Church.

The group then affiliated itself with the AME church and purchased property at 335 Washington Ave., where the current St. Paul AME Church currently stands.

The Rev. Dwayne Gary applied for a historic designation for the church in February, and the motion was considered by the village’s plan commission in April.

“We believe that this certification will be beneficial not only to St. Paul but also to the Village of Glencoe,” Gary said at the April 6 meeting according to village documents. “It will allow the village to recognize the value and the rich legacy and history of the African-American community, which is a major part of our beloved community.”

The congregation’s first structure was built in 1886 with funds from Wilson, who mortgaged his home, village documents say.

Fifty years later, it reportedly was burned down by arsonists and rebuilt using wood from of African- and Italian-Americans homes that were condemned to build parkways on Vernon Avenue.

Today’s version of the church was built in the early 1990s and honors its past with a stained glass window dedicated to Sarah Rankin, the daughter of Wilson.

The church building is a two-story brick structure with a sanctuary that seats 350, three offices, two and a half bathrooms, a kitchen and a fellowship hall, according to the application.

Glencoe’s Historic Preservation Committee reviewed Gary’s application and found that St. Paul AME “has significant value as part of the historic and culture character of the Village of Glencoe, is closely identified with Homer Wilson and his family, and is strongly associated with the African-American community in Glencoe.”

It recommended the application be pushed through to the Village Board. The plan commission agreed with a unanimous vote.

Gary appeared before trustees to support his church, which is the only African-American church in Glencoe. With the board’s unanimous vote, St. Paul AME also became the first church in town to be a certified historical landmark.

The designation comes with protections from alteration and demolition.

The decision was made with ease by trustees, who had a much more difficult time saying goodbye to Levine.

Thursday, May 18, was Levin’s last local-government meeting after more than two decades of public service, the final eight as Glencoe’s village president.

Levin told his fellow officials that he considers himself “the luckiest person in the world for growing up” in Glencoe and after 22 years of service to his hometown, he will move to Texas.

At the meeting, Levin was showered with praise from former and current colleagues, including former Village President Scott Feldman and former Trustee Dale Thomas with former Plan Commissioner Karen Thomas

“Today we join a grateful community in honoring Larry Levin’s service to the village of Glencoe,” The Thomases wrote in a statement to the board. “ … He worked tirelessly on behalf of the entire community to make Glencoe the best it could possibly be.”

One of incoming Village President Howard Roin’s first duties was to read a proclamation celebrating Levin, which trustees approved for the record.

The Village of Glencoe also dedicated a bench with accompanying plaque in Levin’s honor. The bench is located along Green Bay Trail in downtown Glencoe — a favorite spot of Levin, according to officials at the meeting.