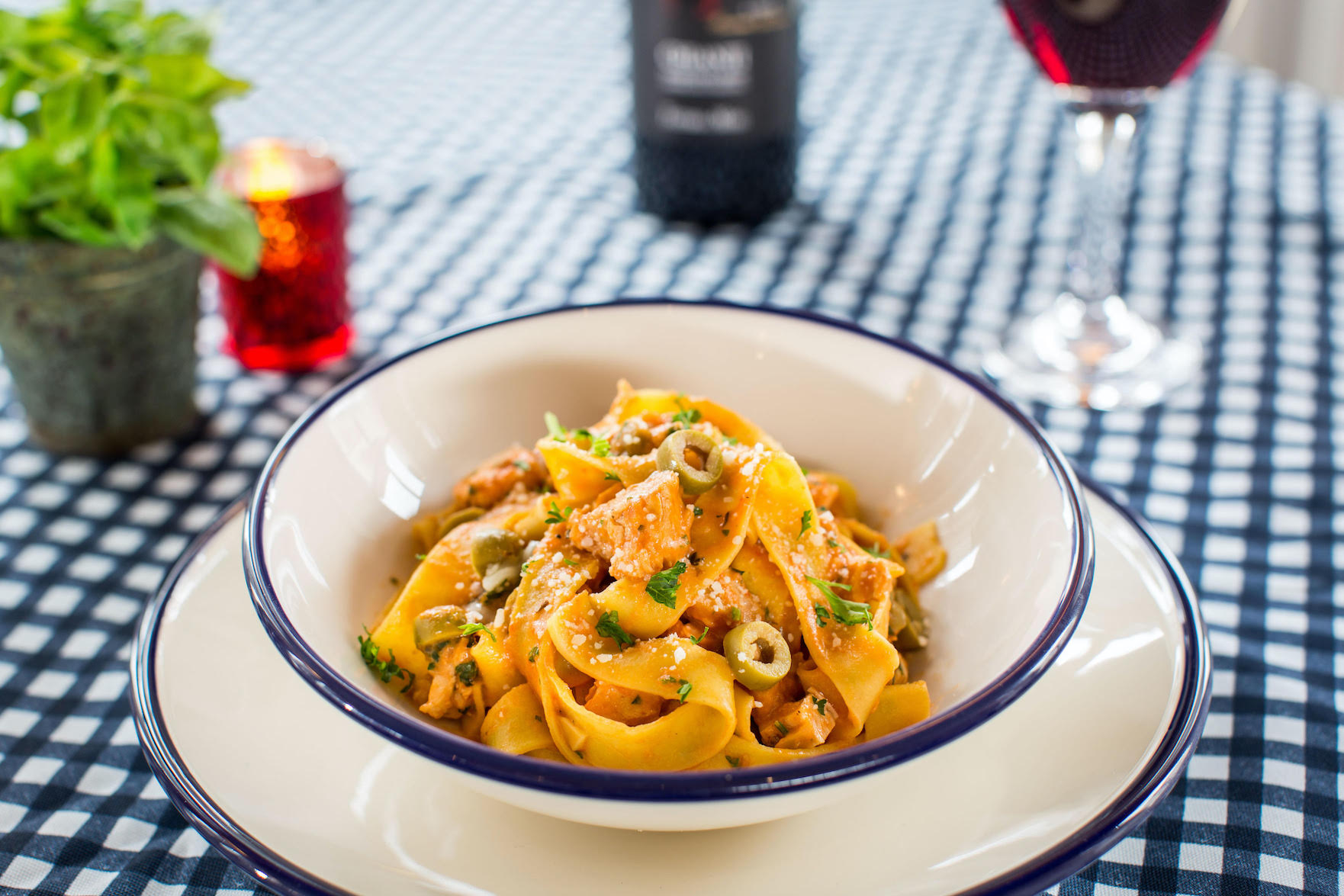 Dig In is a new monthly feature in which a local restaurateur or chef tells The Record the story behind a special dish or menu item. The story is then edited for publication by The Record staff.

— Words by Candace Barocci Warner, owner of Convito Cafe and Market, as told to Joe Coughlin, editor in chief

We carry 21 pasta sauces at Convito Cafe and Market. Most of them originate from Milan, but one special sauce was first made by accident right here on the North Shore, in our family’s Glencoe kitchen about 40 years ago.

My mother, Nancy Brussat Barocci, and her partner, Wanda Bottino, of Milan, dreamt up Convito in the early 1980s. As the pair were building toward a grand opening, Wanda’s son Paolo Volpara traveled here to help with the final touches. After a long day, everyone came back to our home in Glencoe, where Paolo insisted on making dinner for the family. But my mom warned him of the empty cupboards. She really had no idea what we had for Paolo to work with. Undeterred, Paolo in a flash grabbed chicken, cream, tomatoes, onions, green olives and Fontina cheese and went to work.

I was just 10 — and maybe I picked around the green olives — but it was a sauce that everyone around the table enjoyed. So much so that my mother and Wanda wouldn’t let it become a one-time delight. They introduced it to Convito customers as Pollo Paesana, a chicken sauce that brings comfort and care if only by thought — just like its namesake, which means, a fellow countryman, a neighbor, a companion that is from the same place.

It has that smell — with the fontina cheese and fresh tomatoes — that roams around the house to let everyone know dinner’s on the way. And you know right away what it will be.

Pollo Paesana is still a Convito favorite decades after it was invented in my childhood kitchen. We even had a customer tell us that her kids were raised on Pollo Paesana. It means a lot to my family, too. I had it as a comfort the night before my scheduled C-section for my daughter, Kianna. I started serving it to my son, Kingston, when he was little. I still set aside a special night each week for the sauce with my kids and husband, Rob.