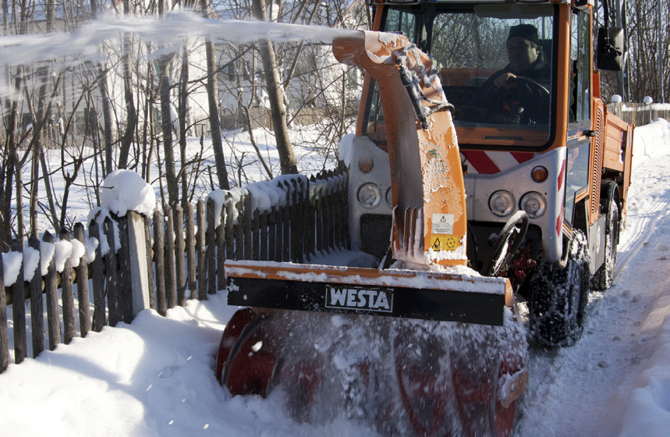 The 2020-21 program reduced the the miles of residential sidewalk cleared by roughly 50 percent. | Photo courtesy of Village of Glencoe

A 2020 decision by Glencoe officials that reduced the number of sidewalks cleared during the village’s snow-removal operations will likely melt away after it was met with a cold reaction from some residents.

Prior to the start of winter, officials recommended implementing what they described as a “modified” snow-removal program that decreased the miles of residential sidewalk cleared by roughly 50 percent.

The program focused on priority routes in the village that were determined “to clear a pathway from every corner of the Village to the downtown and to each of the schools, as well as to clear sidewalks on all the major collector streets,” according to a village memo.

Officials hoped the reduction in area, along with the prioritization of selected sidewalks, would create a more “efficient and effective” response.

But while some residents supported the changes, the village received more feedback that expressed concerns about the program, officials said.

He said the village received safety concerns from residents who said that not clearing all sidewalks pushes pedestrians onto the street. Concerns related to the safety of students walking to school and the inability of some residents to clear sidewalks on their own during smaller snowfall events were also expressed.

The program caught some residential ire early in the 2020 winter season after several of the early snowfalls did not produce two inches of snow accumulation, which is the number that triggers a villagewide sidewalk-snow-removal response, according to officials.

During that period, the village received complaints that the modified program did not service any village sidewalks; however, Glencoe’s residential snow removal, regardless of the program in place, has always initiated after a snow of 2 inches or more.

Officials believe 2020 was a favorable time to test the program.

“This was, for a few reasons, a good year to work through this pilot program,” said Phil Kiraly, Glencoe’s Village Manager. “One of those reasons is that people provided us feedback. … In addition to the six public comments that were shared this evening, there were pages and pages of emails and communications back and forth between staff and members of the public talking through it.

“Not all of them are critical, (but) some of them certainly are of the village’s operations. It gave us good insight into the aspects of sidewalk snow-plowing that are important to folks that live in town.”

Village staff presented four potential service alternatives at the April meeting for the village board to consider. Trustees did not select a final plan for the 2021-22 winter operation but they did show support for an option that would return service levels to that of previous years.

Under that option, snow-removal efforts would start after all streets are “satisfactorily cleared of snow, available personnel are released from street operations and snowfall accumulation exceeds two inches,” village documents say.

Mau said this plan would divide Glencoe into three routes and would require three tractors and three operators. He estimated the annual cost would be $54,540 and the projected three-year capital investment cost would be $450,000.

This option would not require the village to hire another staff member, officials said.

The 2020-21 pilot program cost the village $36,060 and required the use of one less equipment machine, documents show.

Village staff hoped the village board’s discussion of the matter last month would provide guidance for the upcoming winter. The board signaled support toward a return to status quo and directed village officials to review the possibility of purchasing new equipment for both this winter and future seasons.

Trustee Gail Lissner said she believes having a walkable community is “so important to so many people, particularly now more so than ever.” She called the pilot program an “interesting experience” but added that she knows “people’s expectations have been for a greater level of service than what we were able to provide.”

“I hope we can find some money in the budget so that we can at least go back to (previous years service) because that is what people’s expectations have been in the past … throughout the entire community.”

Outgoing Village President Lawerence Levin was hard-pressed to find another issue with such civic engagement during his eight-year tenure.

“I can’t think of any issue in the last eight years where I’ve had as much contact from our residents and a desire on their part to actually discuss what it all means, what are the details, what are the options,” he said. “In the course of that, it became clear to me that there was a very strong feeling that we should be doing the sidewalks and they were not happy with the reduced program.”

Regardless of the level of service that is determined best by the board, the village is going to need a capital expenditure made in this area, Kiraly said.

“We have equipment that is passed its expiration date and in need of replacement,” he said. “Regardless of four options that were presented, still a need for some investment there.

“I don’t think we anticipate ever stopping sidewalk snow removal completely; none of those alternatives would propose that. But definitely, it’s an area where we’re going to have to make some investment.”

Staff is planning to bring back a contract for the purchase of one piece of snow-removal equipment to the village board later this summer, Kiraly said. He noted that staff will begin to build next year’s budget with the return to status quo option as the starting point.

The board showed a consensus toward increasing communication efforts moving forward so residents have a better understanding of expectations.

Further village board discussion later this summer will solidify the board’s decision on winter operations this season.