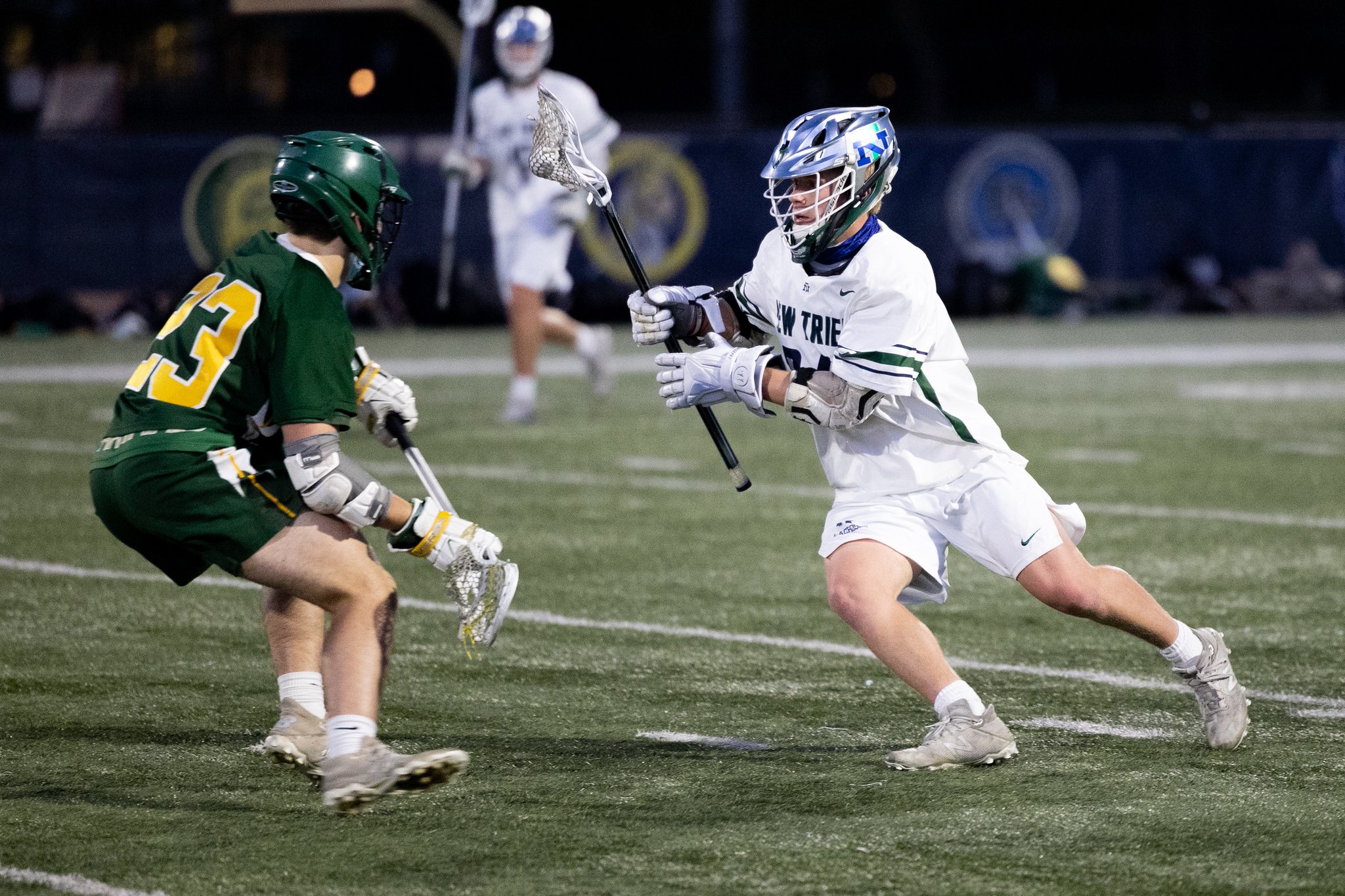 The Trevs used a 12-goal first-half run to top the Titans on Wednesday, May 12, in Glenview.

Ellie Lazzaretto scored 7 times as the Ramblers remained unbeaten on the year with a victory over the Red Devils on Monday, May 10.

New Trier rolled past the Spartans with a strong offensive showing on Monday, May 10.

The Trevs battled out a conference victory over the Spartans on Wednesday, May 12.

The Ramblers remained unbeaten with the victory on Monday, May 10

Will Maheras and Connor DiTomasso each netted four goals and multiple assists for the Ramblers during their resounding win over the Patriots on Thursday,May 7.

Elizabeth Marquardt tallied two goals while Morgan Fagan also found the back of the net for the Trevians as they bested conference foe Glenbrook South on Tuesday, May 11.

The Ramblers won their fifth straight match, knocking off GCAC rival Fenwick on Tuesday, May 11, in Glenview.

Maeve Gibbons scored a goal for the Panthers but they were unable to overcome Montini on Tuesday, May 11

Caroline Finnigan scored a pair of goals off Morgan Fagan corner kicks to power the Trevs (8-1-3) to victory Saturday, May 8.

Ryan Merk and Dawson Kimbell led the Ramblers with six kills each as they defeated Montini in a two-set CCL crossover on Tuesday, May 11.

John Ebeling had 4 kills while Merk delivered 3 of his own alongside 3 aces to lead the Ramblers past the Wolfpack on Monday, May 10.

The Trevs swept Niles North in two sets to earn the win on Thursday, May 6

Ryan Kaestle, Charlie Brodell and Louis Florida all had multiple hits for the Trevs as they completed a two-game sweep of the Titans on Wednesday, May 12.

Liam Zidar dominated on the bump for the Ramblers, allowing no runs over seven innings of work on Tuesday, May 11.

Mikey Regan smacked two hits for the Ramblers but they were unable to overcome the hot bats of the Crusaders.

Andy Pekar did not allowed an earned run over six innings while allowing just four hits during the Trevs May 8 win over the Giants in Game 1 of a doubleheader.

Zidar fired three scoreless innings but Providence plated nine runs to upend the Ramblers on May 8.

The Wildkits bested the Trevs with a strong offensive showing on May 11.

Mackenzie Barry struck out six batters over seven sharp innings to give the Ramblers a narrow win on May 11.

Sophie Hoffman belted a double and Kenzie Johnson reached based twice but the Panthers could not overcome Saint Viator on Monday, May 10.

Mackenzie Barry pitched seven shutout innings and KK Raymond drove in three Ramblers to lead Loyola past the Friars on Monday, May 10.

New Trier plated a dozen runs to get back on track with a victory on Friday, May 7.

Liv Funk dominated on both sides of the field with three hits at the plate and six strikeouts on the mound on Friday, May 7.

Nora Grillo ripped two hits at the plate for Regina.

The Ramblers rolled by the Caravan with a strong showing on Wednesday, May 12.

The Redhawks edged New Trier in a close nonconference matchup on Monday, May 10.

The Record is a nonprofit, reader-funded news site. Our public-service journalism, including coverage of public institutions, is free for all to read.