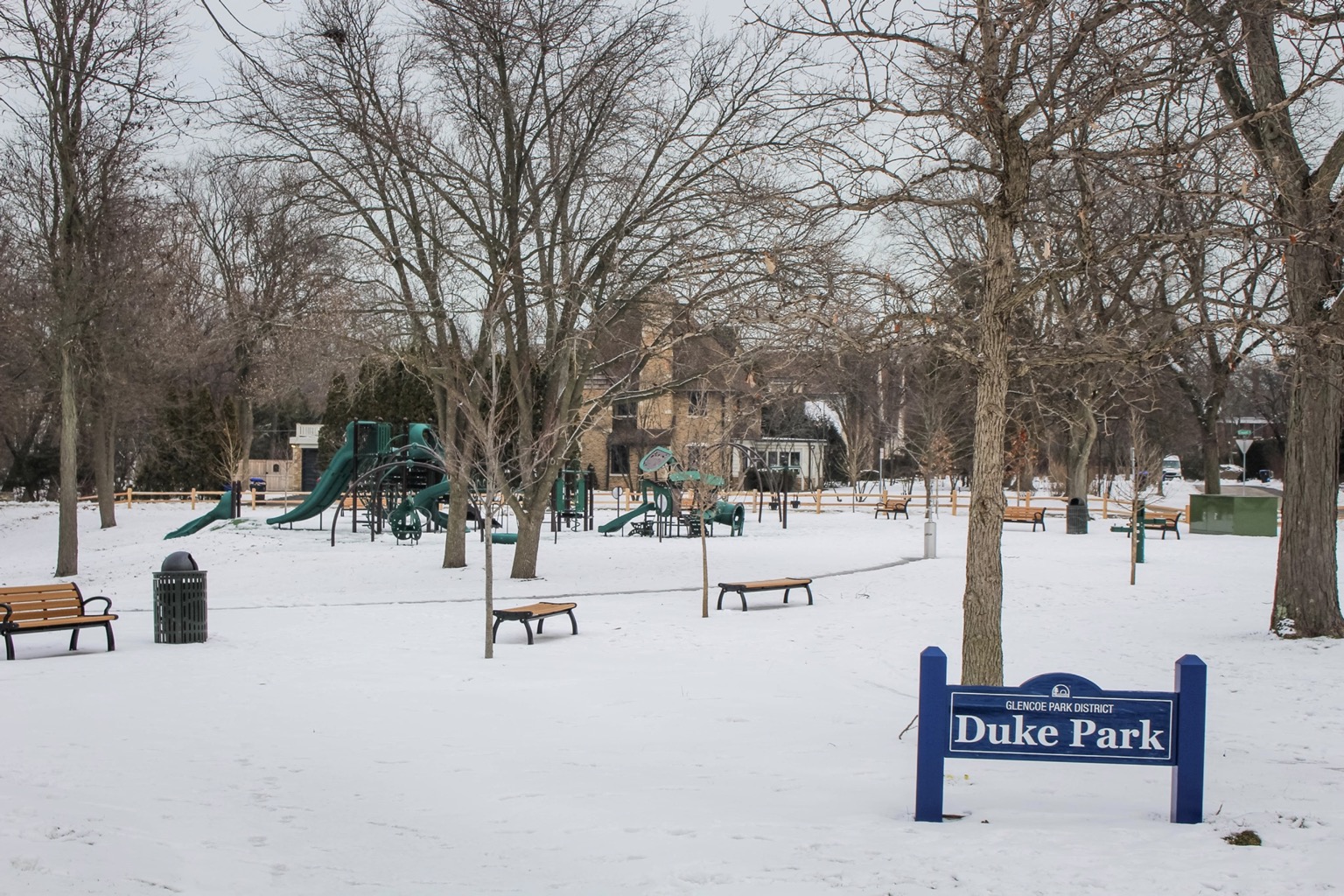 The coming weeks are set to be a celebratory time in Glencoe as officials hope the most anticipated features of the park district’s Connect Glencoe project will be finalized by Memorial Day weekend.

The project unites five of Glencoe’s parks with a half-mile, multi-use trail starting at Park Avenue and going through to Maple Hill Road, all along Old Green Bay Road.

Park officials told The Record work is progressing well on the trail and they are adding the final touches. Additionally, the park district is working with the project contractor to modify those remaining touches, which include landscaping work.

Locals are already utilizing the trail for walking, running and biking, officials said.

One of the key components of the project is Duke Park, a new playground located at Lincoln and Crescent drives.

The playground’s most eagerly awaited aspects, an interactive water feature and a set of hand-cranked trains, are just about ready for community use.

Erin Classen, the park district’s superintendent of marketing and communications, told The Record the interactive water feature is set to open Memorial Day weekend. She noted that the park is awaiting a couple extra parts to complete the train but officials hope that debuts before the end of the month also.

Construction on the playground, which Classen described as “amazing,” wrapped up in December of 2020.

Trail construction costs are currently projected to be $870,000, Classen told The Record. Of that total, $700,000 was covered by grants, she added.

Improvements at Duke and Veteran’s parks — another area included in Connect Glencoe work — are projected to also be $870,000. Similarly, the park district funded $700,000 worth of costs through a mixture of grants and donations, Classen said.

As previously reported by The Record, the district received a $300,000 donation from the family of Sherri Takiff Zirlin, who had recently passed away, to go toward Connect Glencoe, and specifically Duke Park.

The donation allowed the park district to purchase a poured-in-place surface for the new playground and the hand-cranked train. Duke Park is named after Zirlin’s beloved pet and will also feature a bench plaque in honor of Zirlin.