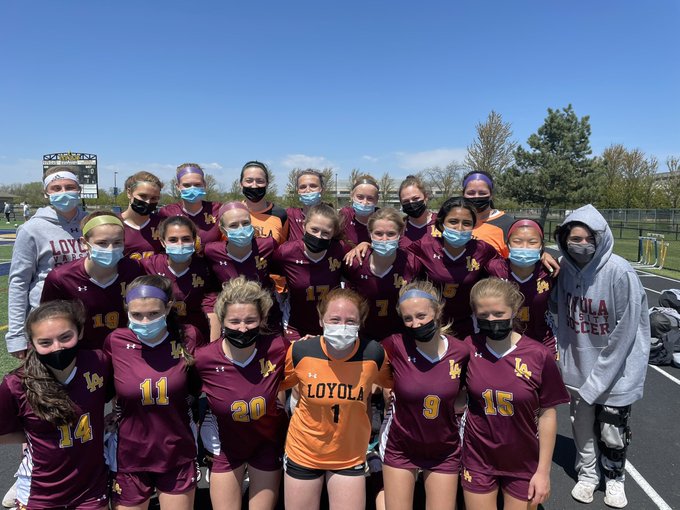 Max Sawyer drove in two runs and had two hits for the Ramblers (7-6), who fell short again to the Mustangs Tuesday, May 4, in Glenview.

The Ramblers dropped their league opener Monday, May 3, on Chicago’s South Side.

Andy Pekar pitched the complete game for the Trevians (7-6) on Saturday, May 1.

The Trevians fell in the nonconference matchup and half of a doubleheader on Saturday, May 1.

Noah Klein banged a three-run home run and got the win after three scoreless innings on the mound for the Ramblers Saturday, May 1, in Glenview.

Leo Miller socked a home run and had two RBI, while AJ Steinback added 3 RBI to lead the Trevians to the nonconference win Friday, April 30.

Max Sawyer went five innings on the mound for the visiting Ramblers (6-4) during the nonconference loss Friday, April 30, in Glenview.

Mackenzie Barry drove in four runs and KK Raymond had three hits to pace the Ramblers’ offense in the victory Tuesday, May 4, in Glenview.

Barry also picked up the win with 13 strikeouts in 7 innings on the mound.

Bella Mulvaney recorded three hits for the Ramblers, who fell short on Monday, May 3, in Glenview.

Mackenzie struck out 13 while pitching a two-hit shutout for the Ramblers on Saturday, May 1.

Mackenzie Barry had three hits and five RBI, while also pitching a three-hit shutout for the Ramblers in the rivalry win Friday, April 30, at New Trier.

Caroline Finnigan scored both goals for the Trevians (6-1-3) in the big conference win Wednesday, May 5.

Annie Paden tallied for the Trevs, but two second-half Wildcats’ goals were the difference on Saturday, May 1, during New Trier’s first loss.

Eva Pattison, Grace Ehlert and Ellie Bradley all made the All-Tournament team for Loyola Academy, which went 2-0-1 to win the two-day invite April 30-May 1.

Caroline Finnigan, Kate Dobsch and Josie Noble scored a goal apiece as the Trevians picked up the nonconference win Friday, April 30, in Northfield.

The Trevians (2-4) picked up their second straight win over Evanston with the sweep on Wednesday, May 5.

Ryan Merk racked up 30 kills in three matches as the Ramblers finished 2-1 in the event on Saturday, May 1.

Casey McMenamin had 17 digs in the match with Stevenson and 13 more in the win over St. Viator.

Will Maheras and Sean Cronin tallied four goals apiece to lead the Ramblers on Tuesday, May 4.

The Trevians hang on for the win Saturday, May 1, in Northfield.

The Trevs remained unbeaten with the victory on Friday, April 30.

The Ramblers opened their 2021 season with a victory on Thursday, April 29.

Maley Starr scored six goals as the Ramblers took care of Ignatius on Thursday, May 5, to move to 6-0.


Compiled from reported and published scores by the teams listed. To report a score and highlight, send a message to joe@therecordns.org.