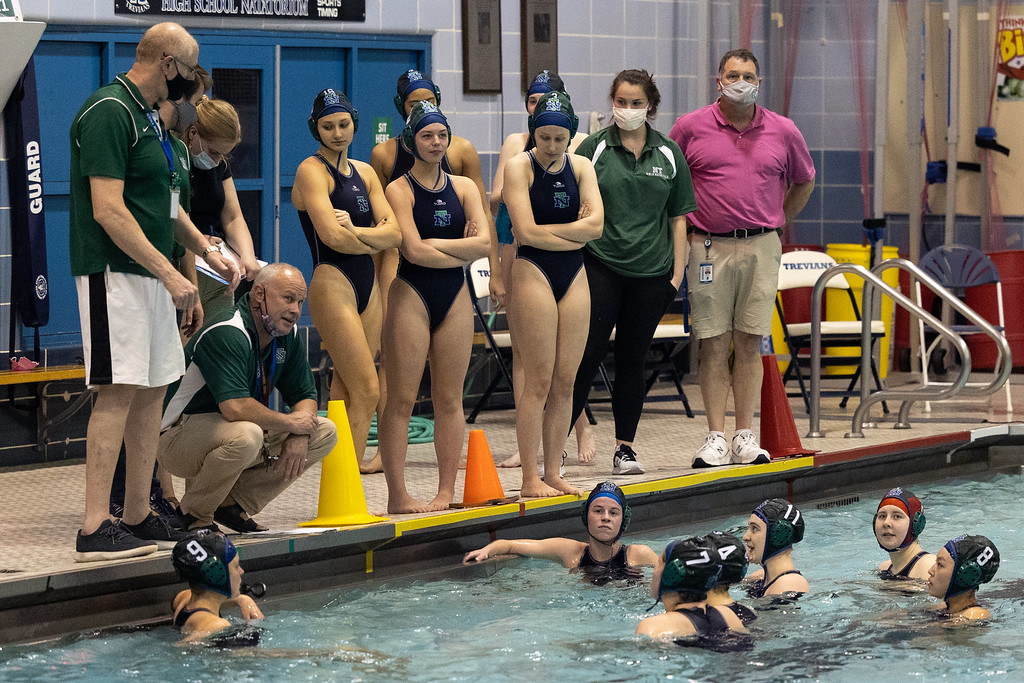 The New Trier girls water polo coach is pleased with his team’s 17-2 record, but knows choppier waters lie ahead and the Trevians must be prepared.

After a 2020 season that was erased by the COVID-19 pandemic, Wendt’s roster is filled with many students-athletes still new to high school water polo.

He said the Trevs are still scaling the learning curve.

“We still need to come together as a team and get more organized defensively and offensively,” Wendt said. “We’re still getting used to playing with each other. … We have a bunch of sophomores and juniors on varsity who are still relatively new to the game. I don’t know how we’re going to fix that, that’s just game experience. But I think we can pull it together in the last month here.”

The Trevians will wrap their regular season on Monday, May 10, against Naperville Central, before competing in the conference tournament beginning Friday, May 14.

While New Trier has a 6-0 record in the Central Suburban League, it has been closer than it appears, Wendt said.

New Trier has bested Evanston three times, but by a combined margin of victory of eight — and the ’Kits have gotten closer each time with losses of 9-4 on April 6, 9-7 on April 17 and 8-7 on April 22.

The teams could see each other twice more — in the league tournament and the sectional.

“The separation between our programs is negligible,” Wendt said. “They always give us a good game and they are closing the margin every single game.  … They are very focused on beating us and we can’t underestimate them.”

Come postseason time, the Trevs will have the advantage of their home pool, thanks to their superior record among the sectional field — a changeup from regular IHSA state series play in which sectional hosts are determined before the season.

A balanced game has driven the Trevs’ success this season. Wendt said that while the Trevs are known for their defense, the team’s offense has sparkled this season, evidenced by scores such as 27-2 over Glenbrook North, 22-0 over Glenbrook South and 18-13 over Lincoln-Way East.

Seniors Emily McKenzie and Bridget McKenna have led the attack all season, while defenders Emma Wendt — the coach’s daughter — and Carmen Connor-Crewe and goalie Fiona Connor-Crewe have anchored the defense.

Both of New Trier’s losses have come to unbeaten Naperville North, which is 16-0. The final two regular-season contests — Friday, May 7, against 15-1 Stevenson and Monday, May 10, against 15-2 Naperville Central — will test the Trevians as they prepare for a state-trophy run.

And it starts with the sectional beginning May 22.

“The first step is getting through the sectional,” Wendt said. “I don’t care how big the gap has been, every year in the sectional is a one-goal game. It’s very stressful. The winner takes all and goes to state. The whole season is defined by one game.”