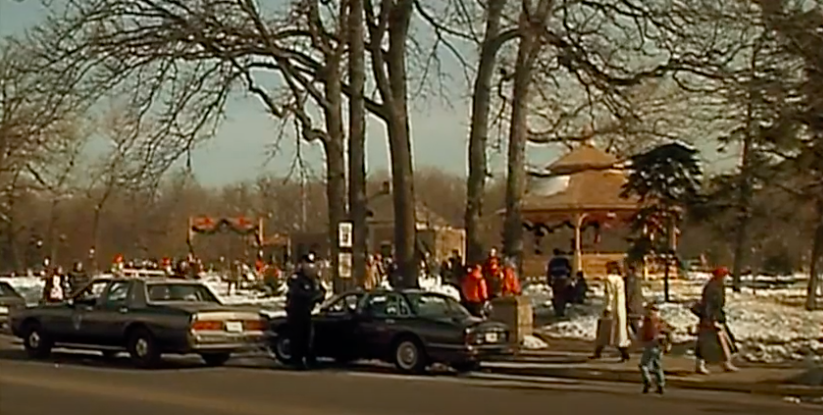 While the Winnetka Historical Society’s annual fundraiser had to go virtual for the second straight year because of the ongoing pandemic, it makes for a great theme: “Home Alone Together.”

The Winnetka Historical Society’s Executive Director Mary Trieschmann said the upcoming event will be “fun, entertaining and exciting” even from your own couch.

If you are a fan of the John Hughes’ 1990 comedy film “Home Alone,” you already know it was partially filmed in Winnetka. But WHS is taking it a step further by featuring a presentation by documentary filmmaker and Winnetkan John Newcombe on the making of the movie, plus other films located on the North Shore, Trieschmann said.

Newcombe’s presentation will share stories from the Abendshien family, who lived in the house during the movie shoot; never-before-seen video footage taken by a neighbor; and local actors and extras who were part of the making of this beloved film.

It all takes place from 7-8 p.m. Thursday, June 10, on your computer. Tickets to the virtual gala are now available here. You will receive a text and email with login instructions closer to the date, per the website.

Typically, the historical society brings in 40 percent of its annual revenue from the gala, Trieschmann said.

“Our mission is to not only document history and curate it, but to also then share it,” she said about the nonprofit organization. “We are so excited to share this story with everyone.”

During Newcombe’s upcoming presentation at the gala, Trieschmann said there will be correlating video clips from “Home Alone” while the family who lived in the house and the local actors and extras explain their stories.

There will also be an interactive component to the hourlong virtual event, including a trivia game at the end.

“It will be a way for people to share their knowledge of Winnetka history,” Trieschmann said.