Erika Hlavacek came out fighting after she was diagnosed with cancer.

The Wilmette resident not only battled her disease, but she also fought to build an innovative fundraising effort that has collected more than $30,000 for lung cancer research.

In 2017, Hlavacek was admitted to the hospital with a persistent cough, followed by back pain that became unbearable.

The mother of two was released 10 days later with a Stage IV lung cancer diagnosis.

Doctors found a tumor and began genomic testing and discovered a gene abnormality that led to a specific lung-cancer diagnosis called ALK-positive.

“I was devastated,” Hlavacek said.

Hlavacek was put on a chemotherapy medication called Alecensa, a drug that was approved a few months before her diagnosis thanks to advances in lung cancer research.

“It was chemo, but it was in the form of a pill, and it stopped the cancer from growing,” Hlavacek said.

The chemo effectively shrank her tumors and although she suffered side effects, she returned to relative normalcy.

Just 18 months after her diagnosis, a second shock came into the Hlavacek family when Erika’s husband, Jeff, was diagnosed with colorectal cancer.

While he was undergoing chemotherapy, Erika’s first targeted treatment became ineffective, and the cancer spread to her brain, she said.

“I had hundreds of brain tumors in my head,” Hlavacek said.

She again benefitted from a newly approved treatment.

“Luckily for me, another treatment for ALK-positive was approved again just months before I needed it,” Hlavacek said.

“These pills are amazing and they’re because of advances in lung cancer treatments,” Hlavacek said. “I’m alive because of research.”

Now she is still on Lorbrena and continues to live her “best life” — a message she hopes to share with others.

Living with a terminal disease has given Hlavacek a new outlook on life.

“Time is a gift. We need to make the most out of every day,” she said.

Hlavacek’s friends surprised her on a group trip with a special “Best Life” T-shirt. The surprise gave Hlavacek the idea to create team T-shirts for a cancer walk.

With the help of Shari Gottlieb, a Wilmette mother and graphic designer, and Lisa Cohen, a Wilmette business owner of humanKIND, she created a team shirt that sparked a movement.

“I started showing people the shirt, and they wanted to buy it,” Hlavacek said. “We turned it into a fundraiser, and we wound up raising a lot of money for lung cancer research.”

Hlavacek always wanted to raise money to fight the disease, which is the most common form of cancer worldwide, with more annual cases than breast, colon and prostate cancers combined.

“I’ve always participated in walks and raising money,” Hlavacek said, “but I wanted to be able to control the funds myself, raise the money, and have my own nonprofit that could support research year-round.”

In April 2020, Hlavacek’s created yEAHbestlife — the “EAH” representing her name: Erika Arquilla Hlavacek — with a mission to inspire others to live their life with no reservations and to also raise money for lung cancer research.

“Don’t wait for a cancer diagnosis to happen to you to really start living,” she said.

“My goal is always to have people I don’t know posting pictures in our apparel and hash tagging #bestlife,” she said.

“That’s the biggest gift for me. Just seeing how far it’s reached and how many people it’s touched.” 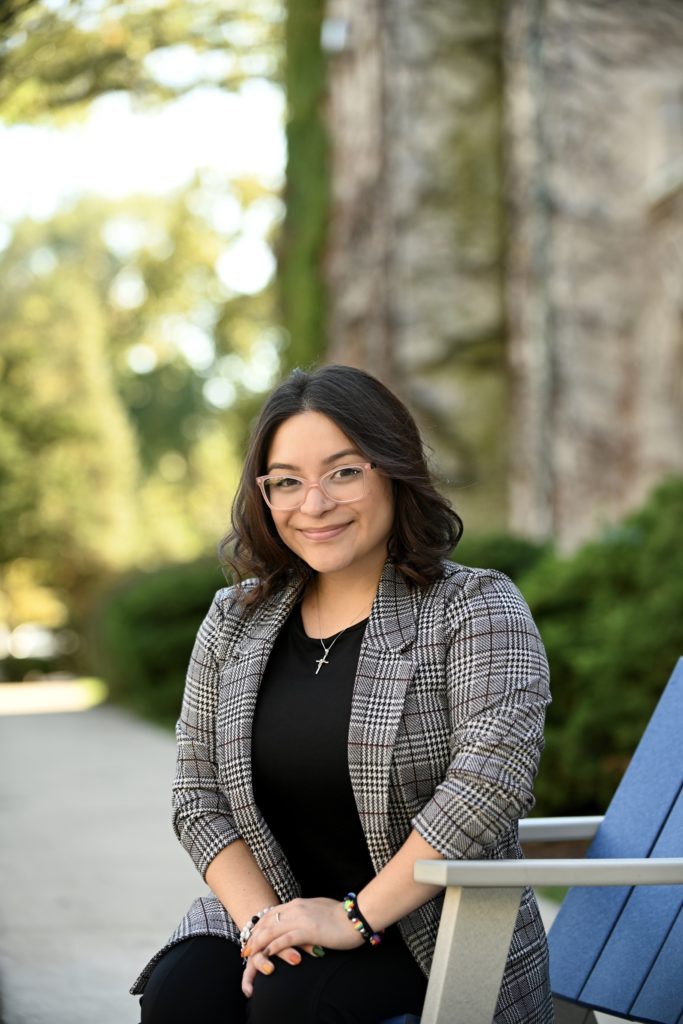 Azhley Rodriguez is a sophomore studying digital journalism and English with a concentration in writing at Dominican University. On Dominican's campus she has written for her school's newspaper, the Dominican Star, covering stories on diversity on campus. Follow Azhley on Twitter @AzhleyRodriguez.