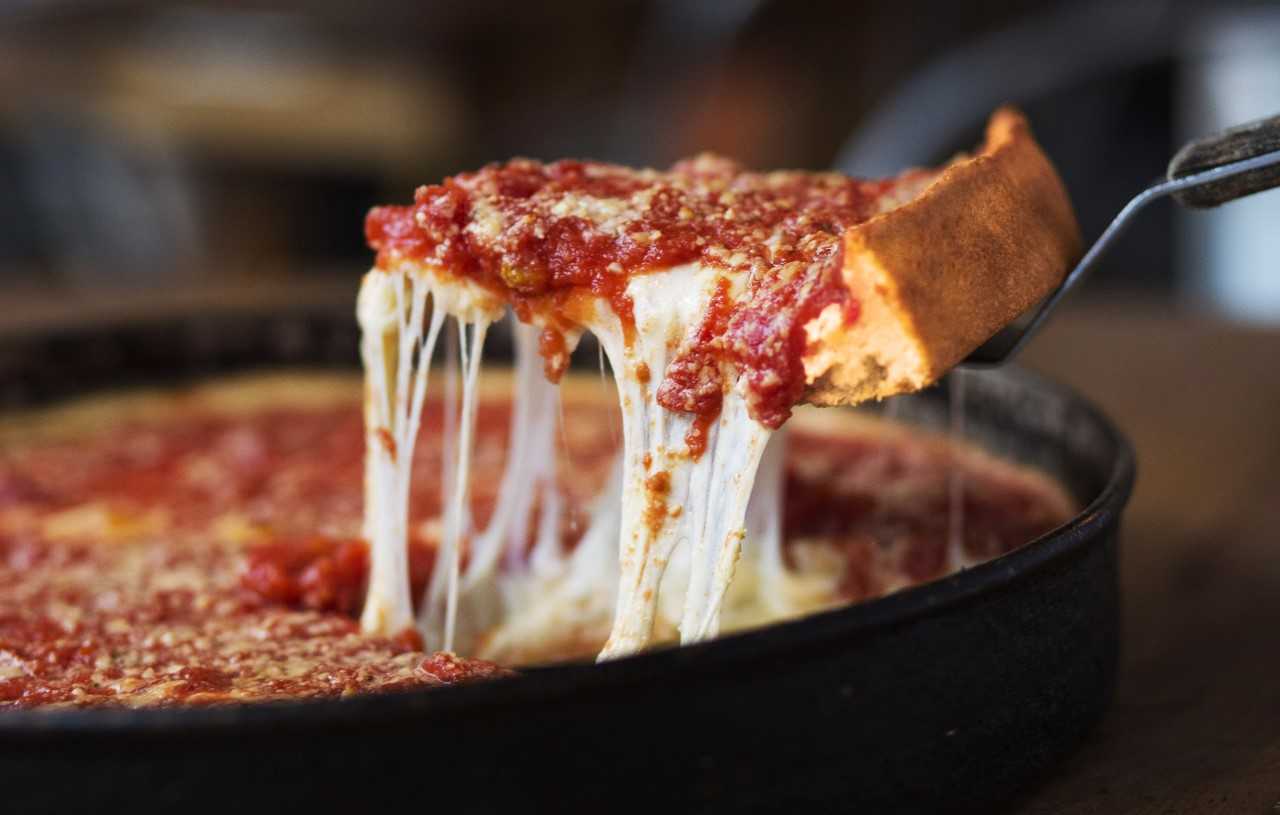 Lou Malnati's is a Chicagoland institution known for its deep dish pies and the Wilmette branch will support The Record on May 5. | Photos Courtesy of Lou Malnati's

We promised four straight weeks of pizza goodness and we’re here to deliver the details on Week 3.

Let’s keep the momentum going with our inaugural fundraising series, Pizza Pies for Headlines, at Lou Malnati’s from 4-10 p.m. Wednesday, May 5.

Our third pizza partner, Lou Malnati’s, will donate 20 percent of its total sales from all orders received by carryout and delivery at the Wilmette location, 3223 Lake Ave.

You must mention The Record North Shore’s fundraiser this week at the time of ordering or use the code FUNDRNS21 for online and app orders.

Lou Malnati’s has made deep dish and thin crust pies since first opening in Lincolnwood in 1971. Its signature flaky, buttery crust has been passed down from generation to generation, according to its website.

The Wilmette location offers both crusts, plus other options like gluten-free and crust-less pizzas, where Lou’s lean sausage is the base.

Lou Malnati’s reminds customers to check your receipt for “fundraiser” item, if you do not see “fundraiser” on your receipt on May 5, see or call a manager. Online orders will indicate the event after entering the promo code.

The Record’s Pizza Pies for Headlines series has already partnered with Grateful Bites and Marco Roma Pizzeria in Weeks 1 and 2, respectively. The fundraiser will run every Wednesday for a total of four weeks featuring a different local pizza shop — announced on Fridays — in our coverage area of New Trier Township.

The Record North Shore is an independent media outlet that relies on public financial support. If you would like to support The Record and donate directly, click here.