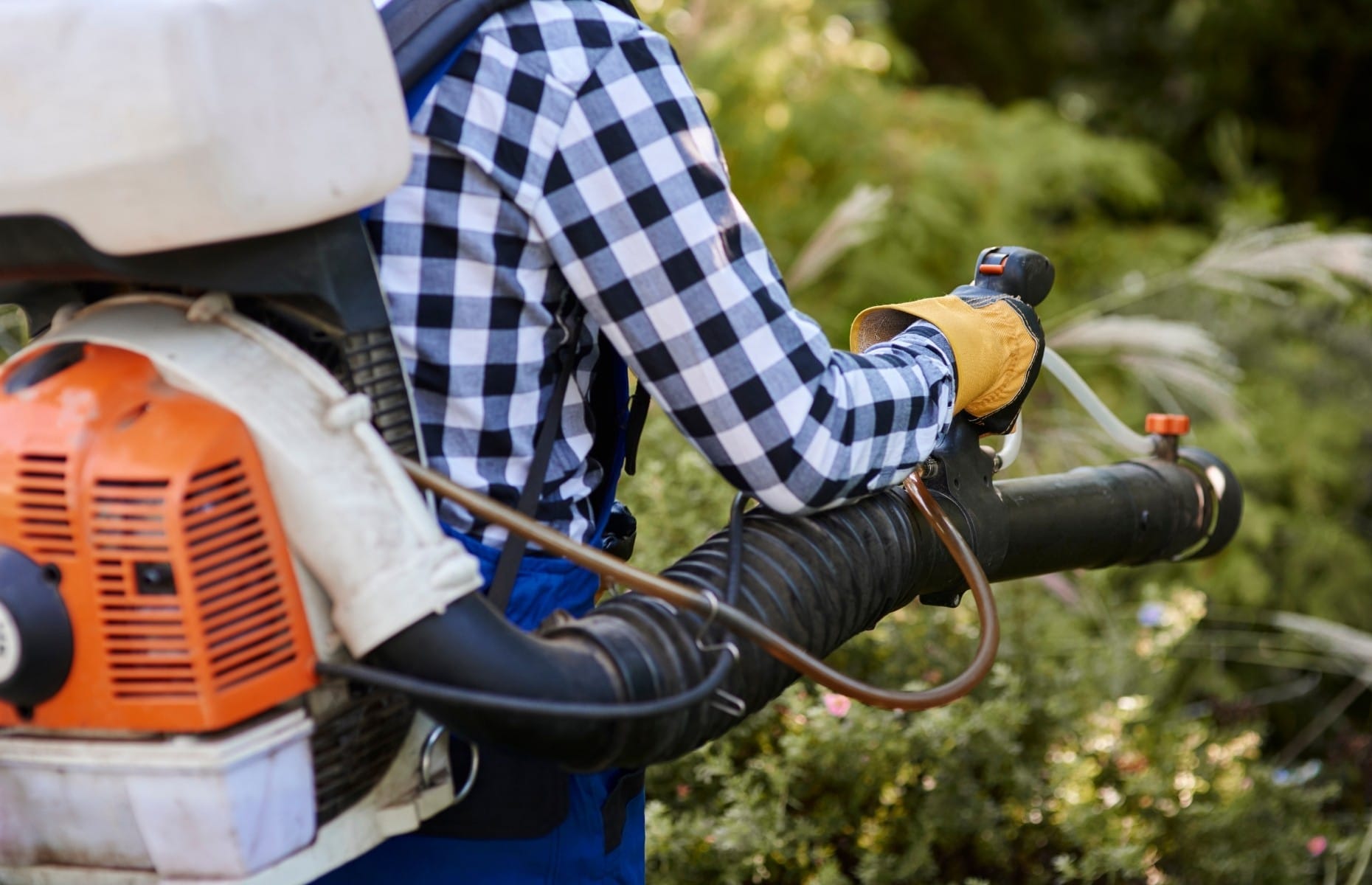 It’s that time of year again.

Flowers blooming, birds chirping and the “nonstop roar” of leaf-blowers, according to Beth Drucker, president of Go Green Wilmette, who said the noise is just as loud and frequent as ever — even if it seems moreso with the boosted work-from-home crowd.

Drucker hosted a virtual summit on April 9 for suburban Chicago communities to collaborate on how to establish and enforce ordinances regulate gas-powered leaf blowers.

Gas leaf blowers are a hot-button issue in many communities, especially in springtime. Many cite the blowers’ negative environmental impacts and health risks, while others stand by their property rights and lack of alternatives.

On April 9, representatives from 21 communities discussed the side of prohibition, including reasons to restrict gas-powered blowers, how to use other options, how to word ordinances, the best enforcement methods and more at the summit.

The hour-long event drew a variety of speakers and guests, including village policy makers, police chiefs and sustainability managers, among others. Illinois Sen. Laura Fine was a special guest.

Experts from the American Green Zone Alliance and Quiet Communities were presenters, alongside Go Green Wilmette, as well as several communities.

Drucker emceed the summit, but paid credit to the other organizer, King Poor, a former Winnetka Village trustee and former member of its Environmental and Forestry Commission.

“Go Green Wilmette was founded about this issue. It’s what we met about 15 years ago,” Drucker told The Record. “It’s still an issue that’s challenging every community across the country today.”

This perennial problem, Drucker said, is the result of “more and more people using yard services, and expecting them to blow their yard.”

“It’s hours and hours of gas-powered leaf blowers every day,” she added. “It’s not just the 20 minutes on their yard; it’s the total of all the time spent on everyone’s yards per day. Education alone doesn’t always get the outcome we need (to stop using them). Leaf-blower ordinances are very important.”

The landscapers in the North Shore know about the ordinances, “and almost all of them ignore them,” Poor told The Record.

“With more people home during the pandemic, it has caused an even greater problem than before,” Poor said about rising noise complaints. “And this isn’t just about annoyance. There are real public health problems that these two-stroke blowers create. … There is no pollution control. It doesn’t combust exhaust.”

Poor added gas-powered blowers also pose a “real threat to the environment,” and it’s not just the pollution, it’s the pollinators that are damaged in the act.

“We subject our yards to hurricane-like wind every week,” Drucker said. “In order for our yard to be pristine, we are causing a lot of harm. It’s a bigger problem than [people] are aware of.”

Incoming Wilmette Village President Senta Plunkett spoke at the summit, highlighting what the town is doing to prevent the use of the blowers.

According to Plunkett, there’s a seasonal ban in Wilmette, and they are taking a “proactive approach” to enforce it this season.

“The Village is hiring a code enforcement officer just for leaf blowers,” Plunkett said at the summit, “because it’s been difficult in years past when there is a complaint, by the time the officers get to the location … the crews are gone.”

If the code enforcement officer finds a landscaping company breaking the ordinance, the offending company will be ticketed on site. The hiring resident will also be alerted via a notice on their door. The citations range from $75-$750 with a mandatory court appearance, Plunkett said.

The Village of Northfield is the outlier.

According to the Melissa Jewett, Northfield’s director of administrative services, a seasonal ban on the blowers was first considered by the Village Board at this February’s Committee of the Whole meeting, which was continued to March to finish the discussion.

“At the March 16 meeting, the board chose not to move forward with drafting a gas-powered leaf blower ordinance,” Jewett said in an email to The Record.

All of the Village trustees opposed the ban proposal presented by Go Green Northfield, per the meeting minutes, in part citing that Northfield features larger plots of land. Also, Trustee Charles Orth said that “there was unwanted noise everywhere and leaf blowers were essential to cleanup.” Others said that there was a lack of alternatives and enforcement would be a resource issue.

Drucker and Poor noted Northfield’s decision, and said their goal is for each neighboring community to work together in the future to create unity around a ban.

“Collaboration with neighboring suburbs (will let) lawn care companies know there is clear and concise ordinances in this area,” Drucker said at the summit. “They will begin to comply.”

“There is strength in numbers,” Poor told The Record. “If the villages ban together and support one another, hopefully these ordinances can become what they are supposed to be and support public health.”