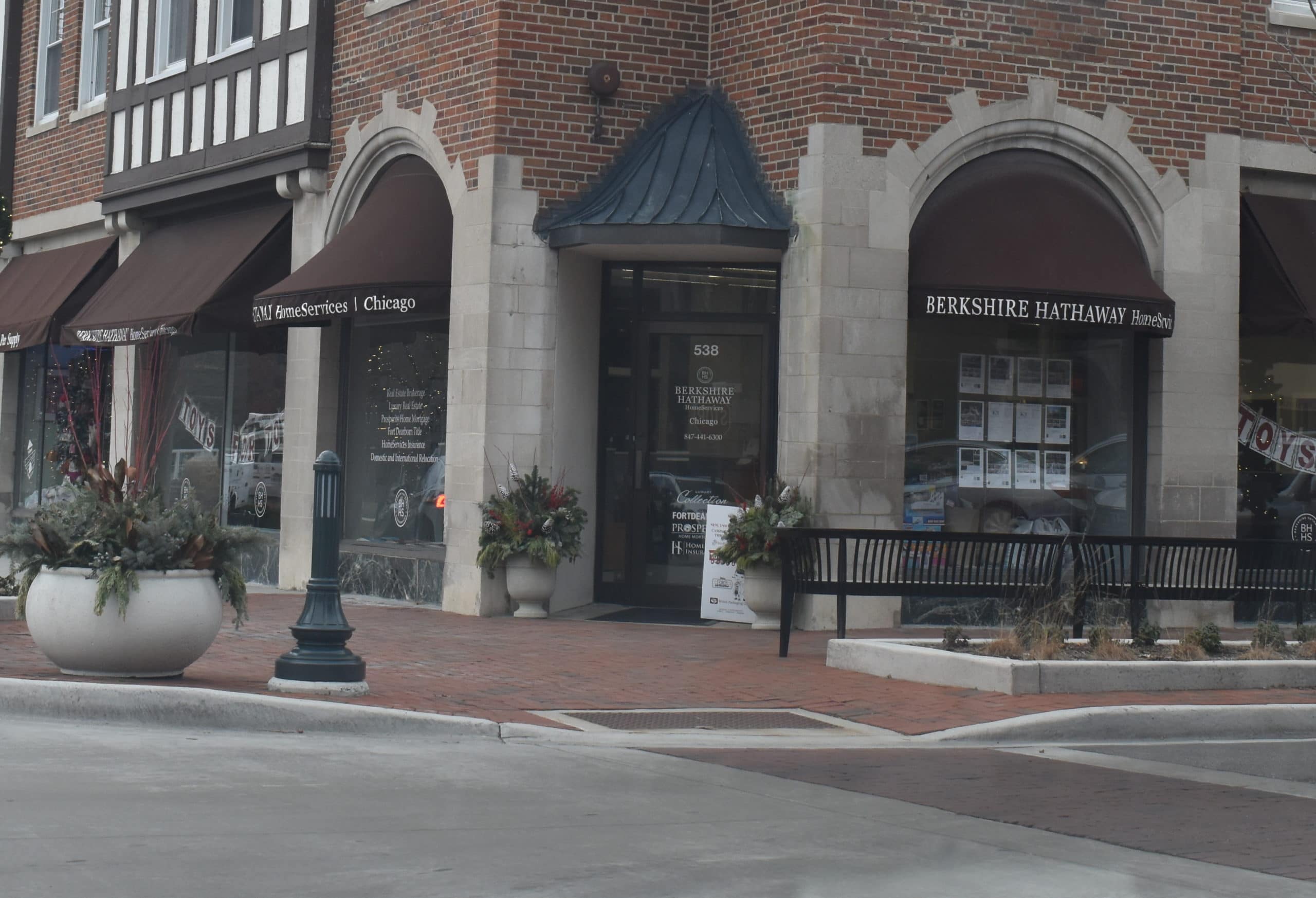 Several months later, the first proposal to occupy the highly visible property at Elm and Chestnut space does not fit the bill as a riveting occupant, according to a number of residents.

Winnetka’s Plan Commission on Wednesday, April 28, will consider an application from Coldwell Banker Residential Real Estate to take over the space and would relocate its office at 568 Lincoln Ave. if approved.

As of publication time, at least 15 residents have submitted comments in opposition to the proposal.

“We believe that Winnetka’s downtown will be most vibrant when storefronts are occupied by restaurants and retail, not service businesses,” Winnetka residents Julie and Chris Nilan say in a submitted comment.

“I object to any approval that allows for more service businesses at ground level in the beautiful, hospitable, Elm/Chestnut area,” she said. “Identify and assist retail businesses that want to come to Winnetka. Don’t let the realtors do business with each other. We live in our real estate; we don’t merchandise it.”

According to its application submitted to the Village of Winnetka, the real estate company is hoping to downsize its office space for a smaller location while simultaneously remaining downtown.

“As the business environment has evolved, the need for such a large physical space has diminished,” the proposal from Coldwell Banker reads. “Coldwell intends to remain in downtown Winnetka to continue serving the community, but could do so more efficiently in a significantly smaller space.”

Similarly, representatives from Berkshire Hathaway cited changing consumer needs and preferences and the desire to downsize as the reasons for the move to 839-841 Elm St.

Village records show the space at 538 Chestnut is approximately 5,560 square feet — including both the first floor and lower level — and has roughly 90 feet of street frontage. Coldwell Banker’s current space on Lincoln is just over 9,300 square feet.

The property at Chestnut is currently owned by the Stephens Family Limited Partnership, village records show.

Hours of operation would typically be 9 a.m.-5 p.m. Monday through Friday, the proposal says.

The applicant proposes a “number of collateral” benefits for the move, saying it “will avoid an inevitable vacancy in an important business district” and “no significant change to the traffic patterns, parking needs or streetscape.”

“In addition, the relocation will also free up an existing space to create an opportunity for a more traditional retail business or dining experience,” the proposal reads in part. “The 538 Chestnut location is less suitable for such a use, particularly for a restaurant use, because of the nature of the rest of the structure.”

The Plan Commission’s meeting will start at 7 p.m. on April 28. All who wish to attend or participate can do so virtually with the following options:

Additional information to participate in the public-comment portion of the meeting can be found here.