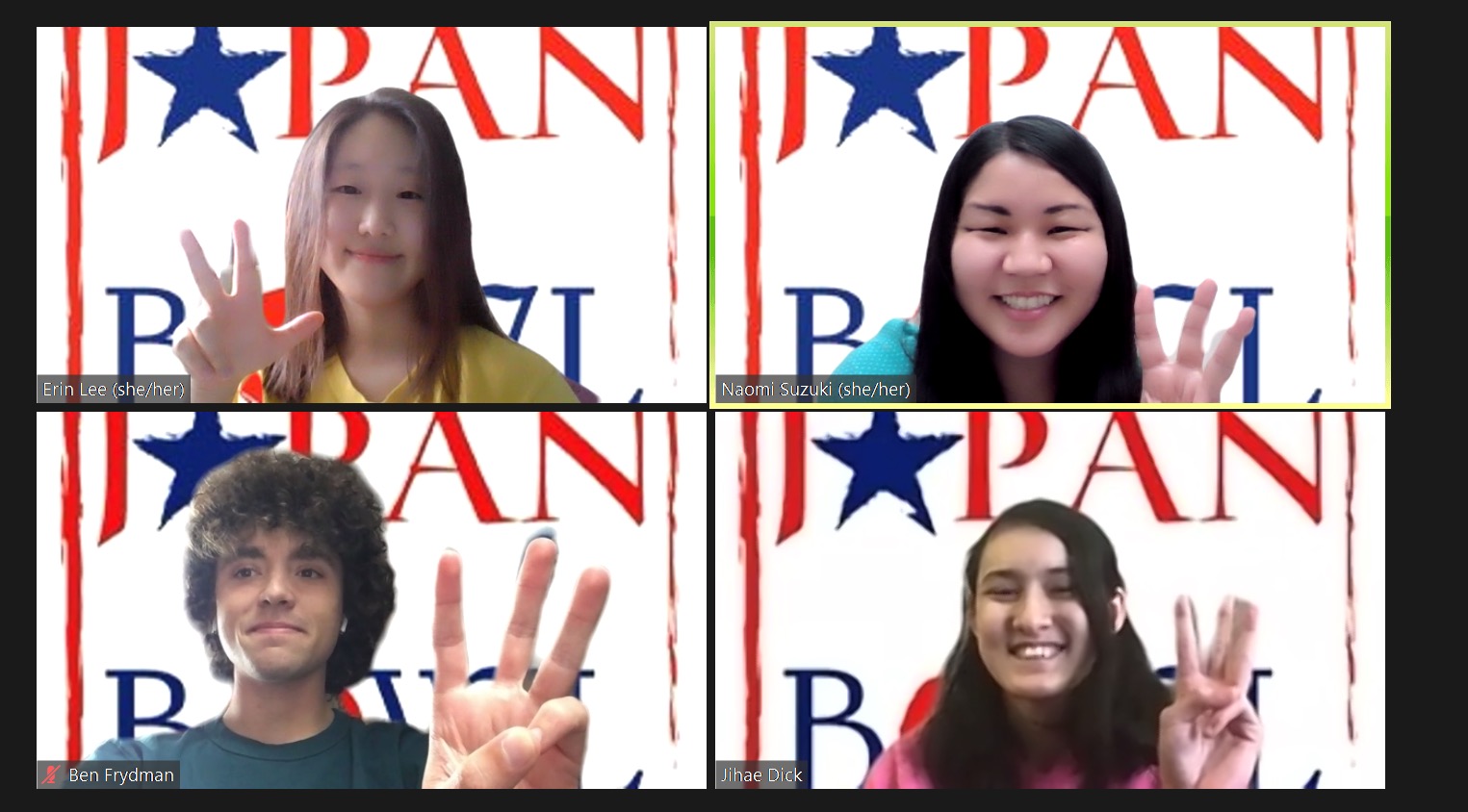 According to a press release from the high school, the National Competition was held virtually with more than 200 students comprising 70 teams from 36 schools around the United States competing. This was the fourth appearance for New Trier’s Japanese students on the national stage that normally entails traveling to Washington, D.C.

“The National Japan Bowl is a high-intensity competition that tests students’ knowledge of Japanese language and of the culture, history, and social context that bring the language to life,” the release says. “The format is modeled on popular quiz television shows in which students collaborate as teams of two or three. Only non-native Japanese speakers are eligible to participate.”

The championship round was live-streamed on YouTube with more than 1,500 viewers tuning in.

Meal kit orders can be placed here and will be available May 2 for pickup at Glencoe Union Church or home delivery. They are $45 each and serve four people with fresh pasta, spring mix salad, garlic bread and a gourmet dessert assortment.

There is also an option to purchase a donated meal kit for $40 that will be provided to a local family in need via Family Service of Glencoe or New Trier Township Food Pantry, according to the website.

• Bobby Desherow, a native of Wilmette, and member of the University of Wisconsin-Whitewater football team, was one of seven Warhawks named to the 2020 National Football Foundation Hampshire Honor Society by the foundation and the College Football Hall of Fame. Desherow is majoring in finance at UW-Whitewater.

• Glencoe native Emma Sarah Davis was part of Emerson College’s virtual and interactive performance of Branden Jacobs-Jenkins’ “Everybody,” which ran March 11-14. The production presented cameo opportunities for audience members in which they turned on their cameras and become a part of the production itself. Davis is pursuing a degree in acting and is a member of the Emerson College Class of 2021.

• Gabrielle Grane, of Wilmette, was named to The Citadel’s dean’s list for the fall 2020 semester. She was among the nearly 1,400 cadets and students recognized for their academic achievements. The dean’s list is a recognition given to those who are registered for 12 or more semester hours and whose grade point average is 3.20 or higher.