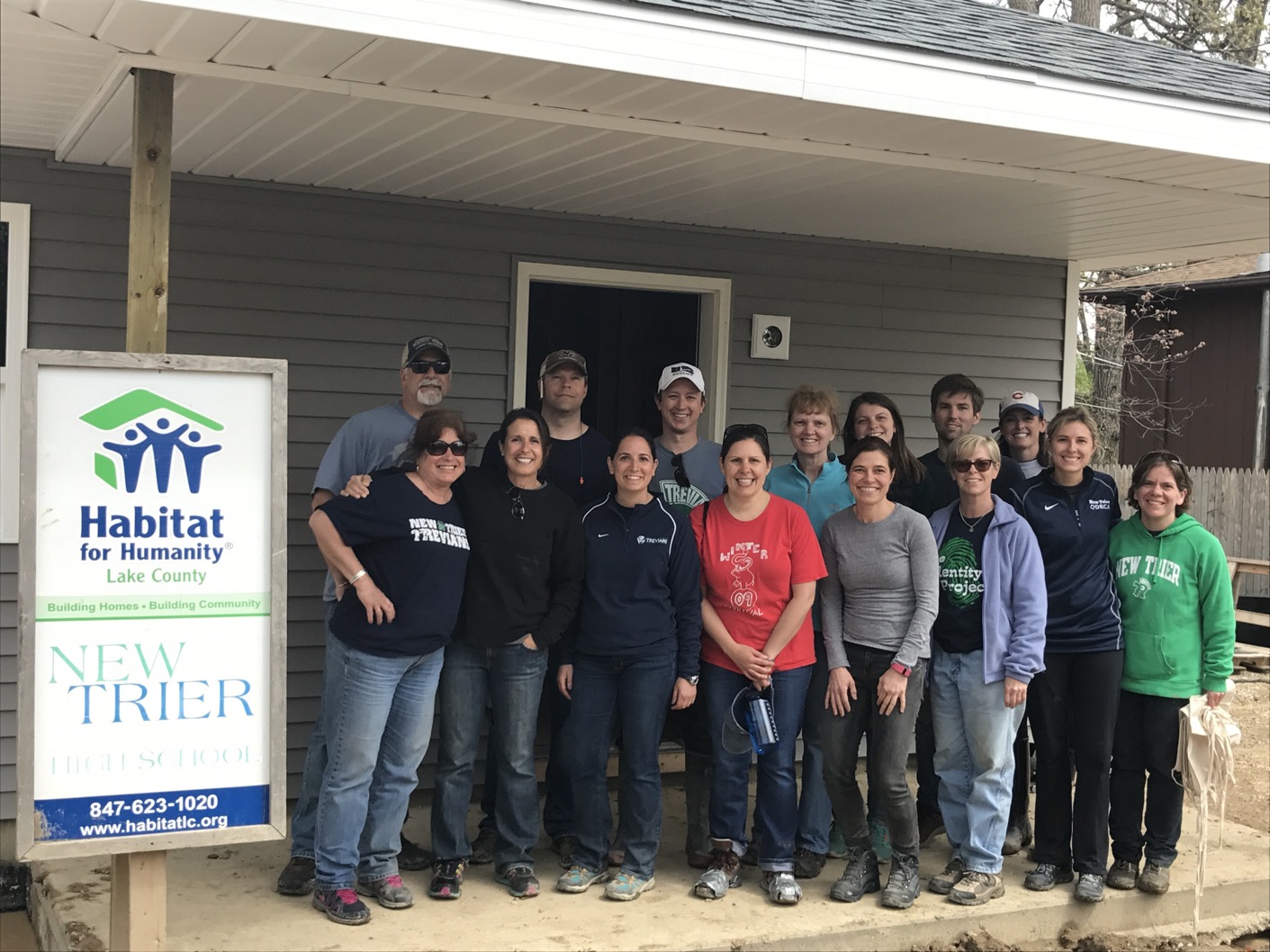 The New Trier Educational Foundation's inaugural Day of Service will take place Saturday, April, 17, continuing the school's history of giving back to the community. | Photo submitted

New Trier’s High School’s motto includes a commitment to the service of humanity. And for more than a century, community service has been ingrained in the school’s curriculum.

The school’s history of helping others continues this year with a new tradition, as the New Trier Educational Foundation’s inaugural Day of Service will take place Saturday, April, 17.

More than a dozen service projects will be led by New Trier alumni, students, parents, staff, administrators and community members within the township and beyond.

The idea for the first Day of Service came from the Young Alumni Leadership Council, which is an offshoot of the New Trier Educational Foundation that comprises more than a dozen Trevian graduates.

“(The Young Alumni Leadership Council) wants to be very focused on social, professional and service tracks — and obviously social has been very difficult this year,” said Elizabeth Mayer, executive director of the New Trier Educational Foundation. “But they really felt like this is a great year to launch this service component.”

Mayer also said that organizers hoped to develop efforts that alumni and community members can access regardless of their location, given the challenges of servicing the community during the COVID-19 pandemic.

The Day of Service is also a way for the Educational Foundation to commence its year-long 20th anniversary celebration. The foundation prides itself on fulfilling and exemplifying the same values of New Trier.

“The foundation really tries to embody the same core values of New Trier and tries to help propel it into the next iteration,” Mayer said. “ … The foundation has always tried to support organizations that support New Trier but also push the bounds to support the community, whether that is the New Trier community or the greater Chicago community.”

In-person Day of Service events will begin at 10 a.m. April 17 and will continue until noon. Some of those events include:

• Buckthorn cleanup on the Green Bay Trail;
• Food drive at Grand Foods in Winnetka;
• Donation collection for nonprofit organizations at the north entrance on Trevian Way at New Trier’s Winnetka campus;
• Donation drop-off at the ZCenter in Skokie; and
• Cleanup at the BackYard Nature Center in Winnetka.

Service projects will be led by both current New Trier students and alumni.

The Green Bay Trail cleanup is led by two members of the Class of 1977, while the BackYard Nature Center effort is guided by Kevin Sussman, a member of the Class of 2014, Mayer said.

Chad Bernstein, a 2002 NTHS graduate, is gathering donated musical instruments for programs that will help Chicago youth have greater access to music education. Bernstein in the founder of Guitars Over Guns, a nonprofit that offers at-risk students “a powerful combination of music education and mentorship with professional musicians,” according to its website.

The New Trier Girls club is putting together hygiene kits for Cradles to Crayons, the BinaryHeart club is repairing broken and used electronics that will then be donated to partner charities and Student Council members are collecting book donations for Bernie’s Book Bank in Lake Bluff.

“What strikes me the most about the various projects we have is how they really embrace so many different aspects of the community at large and that they are so meaningful to each of the captains who are leading the project,” Mayer said.

Mayer said that as of April 14, more than 210 people have registered for the service projects. That number, which she expects to grow before Saturday, includes alumni, current students, administrators and faculty, Educational Foundation board members and the general community.

To view all of the service projects being offered, both in-person and online, visit the event’s website.