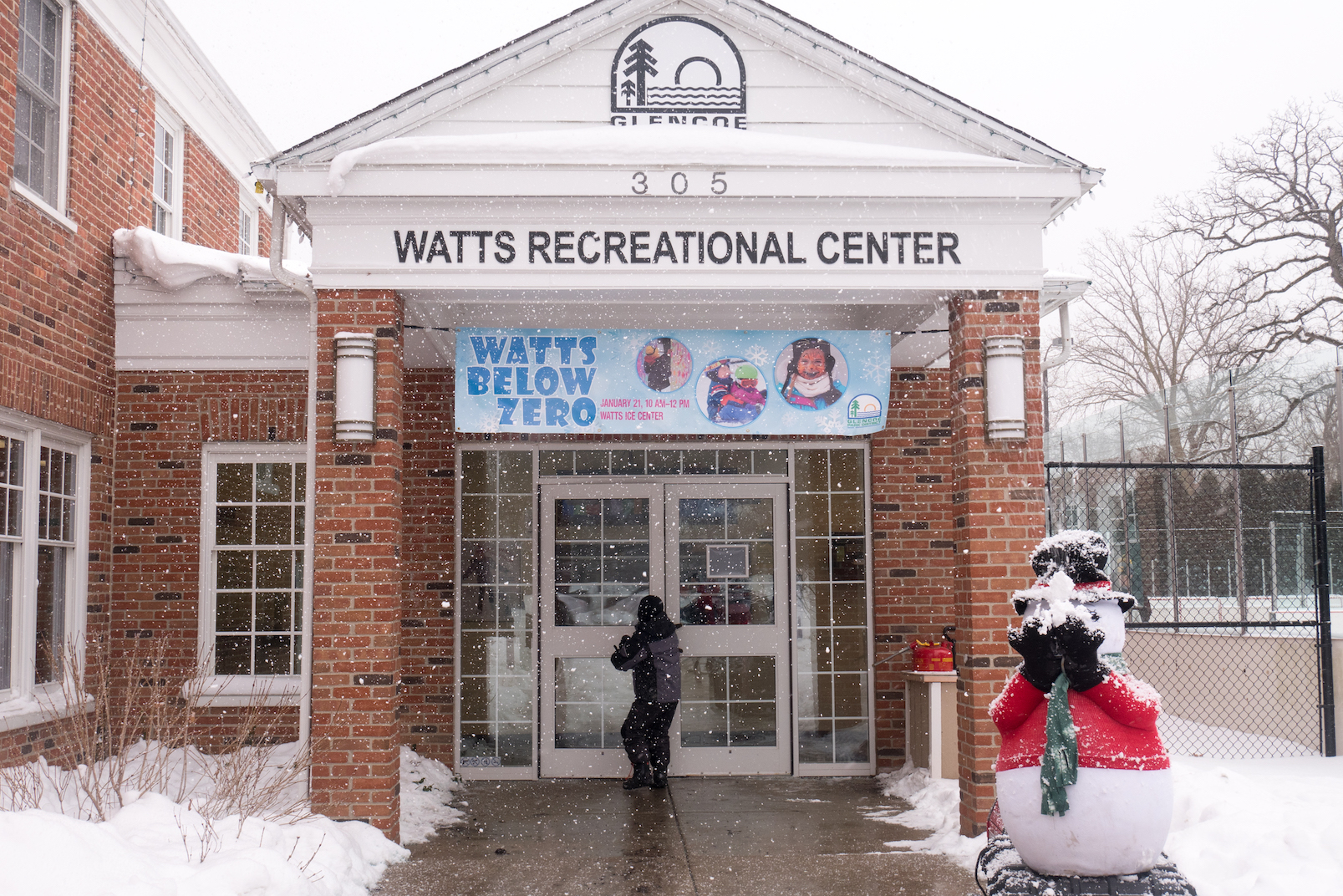 The Glencoe Park District was one of the 17 park districts in Illinois that received a PARC grant this year. The money will go toward renovating Watts Center. | Photo Submitted

Despite the many challenges the Glencoe Park District has faced during the COVID-19 pandemic, usage at Watts Recreational Center is not one.

This past year has been one of Watt’s best.

Over that time, ice rink season-pass sales grew 600 percent, with 2,123 passes purchased for the 2020-2021 season (compared to 303 passes for the 2019-2020 season), according to Erin Classen, superintendent of marketing and communications at the park district.

Classen attributed the surge in season passes to the safety of the outdoor activity during COVID times. Admission was limited to only season pass holders and required reservations to meet capacity guidelines, she said.

Watts was also in the spotlight on the small screen this January when it was the setting for a “The Today Show” segment highlighting the rising interest in outdoor ice rinks over the winter, The Record previously reported.

But now comes the biggest news of all: Watts will undergo major upgrades after the park district was awarded its largest grant ever, Classen said.

The Glencoe Park District is the recipient of a $2.5-million Park and Recreational Facility Construction Act, or PARC, grant. The state funding is available through the Rebuild Illinois capital program, and it was awarded to 17 total park districts in Illinois, a press release says.

The park district applied for this grant prepandemic, Classen said, after receiving community feedback about the center and creating a concept plan for Watts.

“We wouldn’t be able to do this project without the grant,” she said.

To complete this $4 million project, the release says, the Glencoe Park District will use the PARC grant, plus a a combination of $1.5 million nonreferendum bonds, fund balances designated for capital projects and the matching Illinois Department of Natural Resource Grant funds.

The project includes updates to ADA-accessibility, including an elevator to the second floor and a secondary entrance.

“We have outgrown the first-floor space at Watts,” Classen said. “We need to repurpose that whole second-floor space.”

Ice-skating support spaces will also be renovated, with the addition of a new multi-purpose room, restrooms and storage areas. New dasher boards will be installed at both outdoor skating rinks, per the release.

“At the same time, there will be some updates to the aging mechanical systems for the rinks,” Classen added. “Some of these things we really needed to repair anyways. Now we have the opportunity to expand that (with the grant).”

Watts was originally built in 1959 as the first recreational space in Glencoe. The center grew in 1972 to include the area’s only refrigerated outdoor ice rinks, the release adds.

There is no set date for when renovations will begin, Classen said, but that will be the next step in the process now that the park district was awarded the grant.

The Record is a nonprofit, reader-funded news site. Our public-service journalism, including coverage of public funding, is free for all to read.