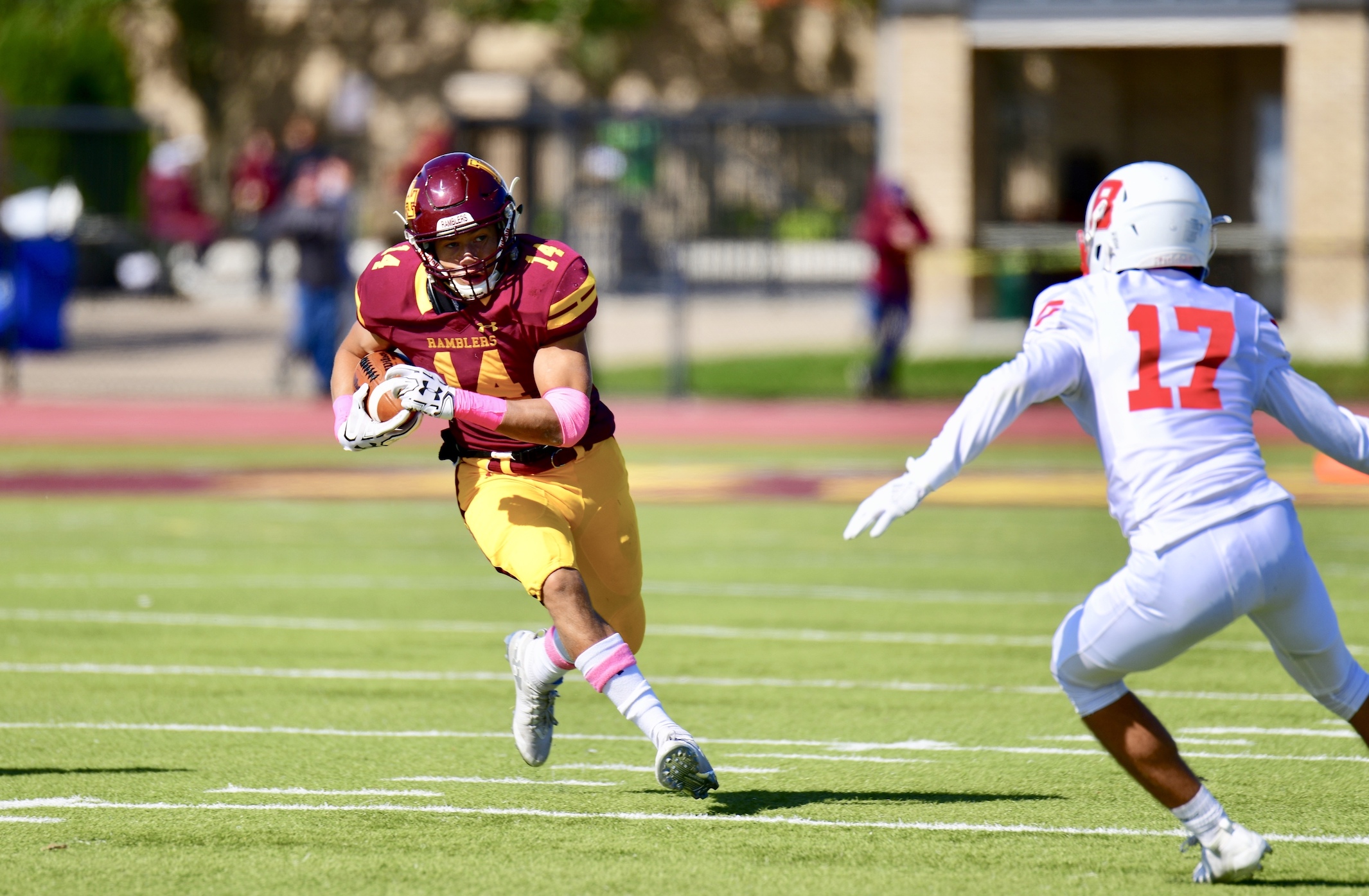 Vaughn Pemberton scored 16 times in his junior season and is back starting for the 1-0 Ramblers. | Margo Grogan/Sports Depiction

Pemberton is a senior running back for the Ramblers, who scored the game-winning touchdown on opening night Friday, March 19. He will continue playing football at Ball State University next season.

2. Why was Ball State the right college for you?

I felt like they really wanted me. I wanted to go somewhere where I was wanted, and after I had a Zoom call with Ball State for like two and a half hours, my dad and I had the conversation right after, like, we need to really consider them. About two weeks later, I made the move.

3. What’s your favorite thing to do off the field?

Maybe just like watch a movie. In general, I would most likely stay at home and watch a movie with my mom rather than go out. That’s just the type of person I am.

4. If you could play a third sport for Loyola, what would it be?

Maybe hockey, if I could learn how to skate. That’s just hitting.

5. Who’s the funniest guy on the team?

I think it’s probably a tie between Jack Roach and Marco Maldonado. The stuff (Marco) says sometimes is so out of nowhere. I don’t know where he gets it from sometimes.

Might be working for like a shoe company, or maybe like a sports analyst. That would be nice. I’d just get to talk about sports all day. (Are you a shoe guy?) I used to be, but I kind of stopped. My feet got way too big to be wearing Jordan 1’s around.

7. Who is your favorite athlete?

My favorite running back to watch is probably Derrick Henry (Tennessee Titans). He’s just, you know. There’s not much of an explanation I can give.

8. If you go in Walgreens with a couple bucks, what are you buying?

Oh, you know the Nerds Gummy Clusters. They are like these big chewy Nerds. They are good. They are very good. I get them just about every time I go into Walgreens.

Most people don’t know that I have a brother who plays basketball at (Boston College). So shout out to him — Quinn Pemberton. He’ll be happy I used that.

I think this team can accomplish a lot, and I think we can really make a statement. Even though there are no state playoffs, I think we are ready to show people. Last year, it was different. We’re gonna be a lot better this year. We’re gonna be good.