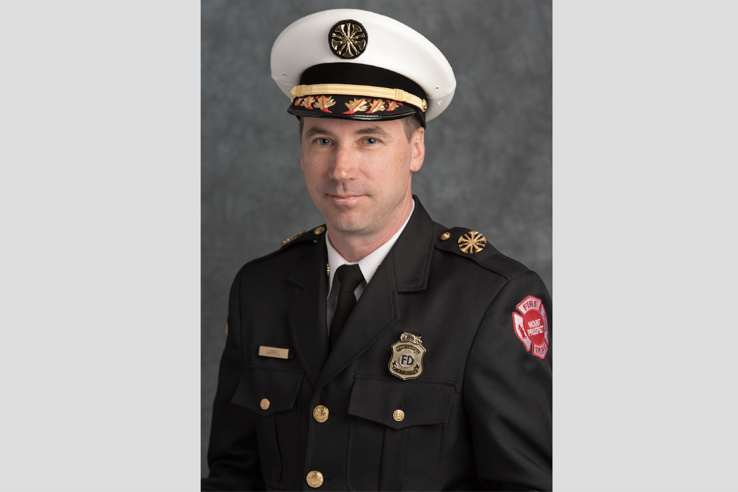 The Village of Wilmette will welcome a new fire chief later this spring as officials announced Brian Lambel as the successor to Ben Wozney, who retired from the department in February.

Lambel is currently the fire chief in Mount Prospect. He is expected to start as Wilmette’s fire chief in early May, officials said in a press release announcing his hiring.

“I am proud to announce the appointment of Brian Lambel as Fire Chief,” Village Manager Michael Braiman said in the release. “He is a genuine and humble leader who has the skills and experience necessary to ensure that the fire department continues to provide exceptional service to the community.”

A 31-year veteran in firefighting, Lambel started his career in the Lincolnshire-Riverwoods Fire Protection District where he served as a firefighter/paramedic from 1990-2000, the release says.

Lambel has a masters of public administration in strategic public management and leadership from Northern Illinois University.

He earned his chief fire officer certification from the Illinois Office of the State Fire Marshal, the release says, adding that he is an Illinois Fire Chiefs Association director and a member of the Association’s Diversity and Inclusion Committee.

“The outpouring of support I have already received from the Wilmette community has made me and my family feel so welcome,” Lambel said in the release. “I am truly excited to be a member of the Wilmette team and look forward to working with the outstanding men and women of the Wilmette Fire Department.”

Wilmette’s longtime fire chief Wozney announced his retirement from the department after 26 years in early February.

Editor’s note: Check back for updates to this story.

The Record is a nonprofit, reader-funded news site. Our public-service journalism, including all coverage of local-government action, is free for all to read.

By Megan Bernard | 2 days ago

By Martin Carlino | 3 days ago