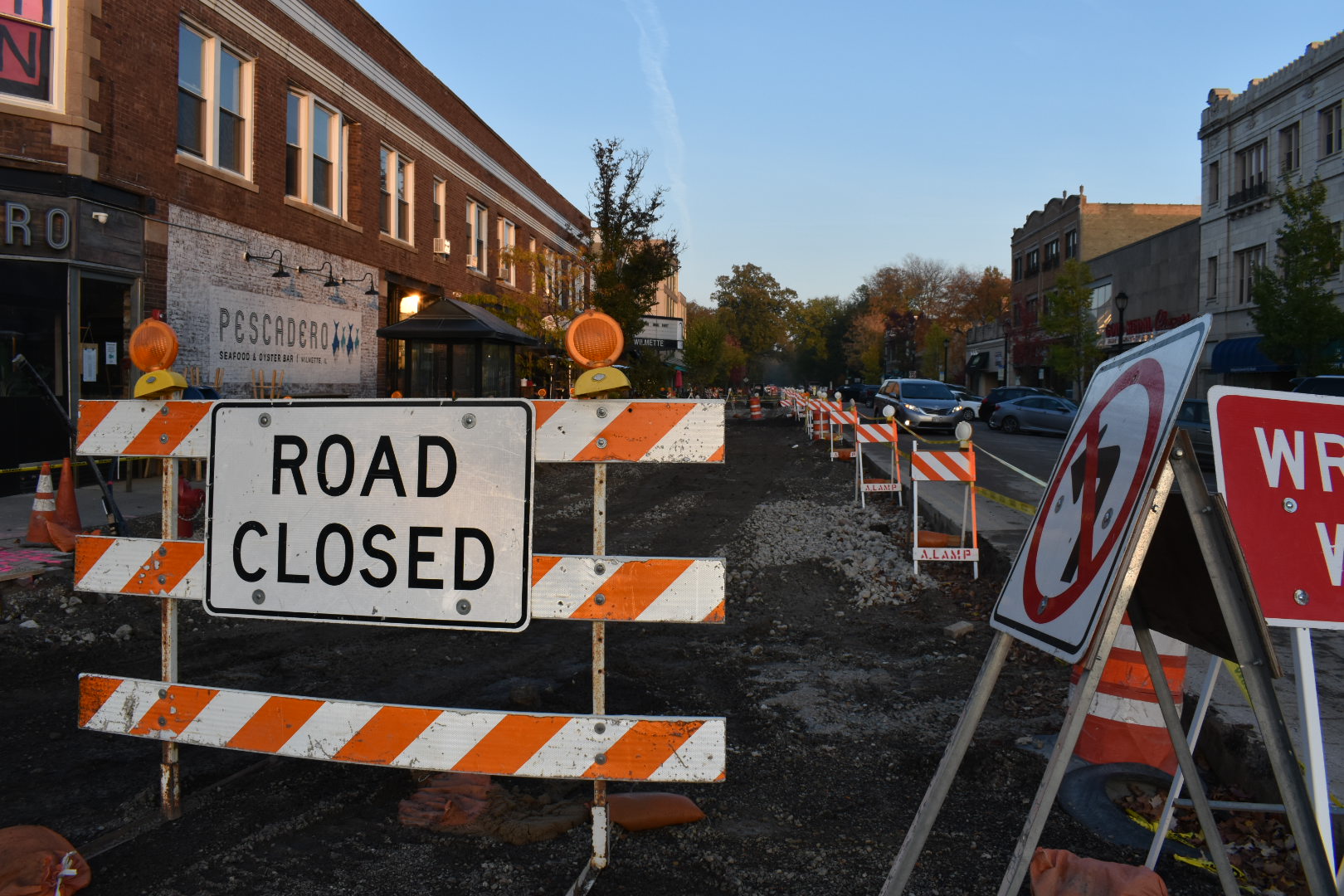 As warmer weather arrives, downtown Wilmette may experience an uptick in more than just pedestrian traffic.

Work on the village’s Central Avenue and Downtown Streetscape Project is resuming after a months-long winter break. The work stoppage led to no closures or detours for a three-month stretch.

Overall, the project includes an overhaul of downtown Wilmette’s infrastructure and aesthetics, and construction into the residential area from 11th Street to Sheridan Road, as previously reported by The Record.

Nearly six months into a projected 14-month timeline, the third phase of work will focus on the west side of the roadway and sidewalk on Wilmette Avenue. This phase of work is slated to last until approximately May, according to the village.

Although the immediate area outside many businesses will be affected, all storefronts will reportedly remain open during construction.

“We encourage all of our residents to please continue to patronize all of our downtown businesses,” Wilmette Village Manager Mike Braiman said. “They need your support, and they are all open during the construction.”

Officials approved the project in 2019 for a cost of approximately $2 million. Roughly 80 percent of the project costs are funded by grants, officials said.

A second round of essential workers will receive a dose of the COVID-19 vaccine Friday, March 12, at New Trier High School’s Northfield campus.

Braiman said during the Wilmette Village Board’s Tuesday, March 9 meeting that the site has 500 doses scheduled for Friday.

The bulk of those doses will be going to educators in the New Trier Township area, Braiman said, adding that the reminder will go to frontline municipal workers.

According to Braiman, Wilmette is still working with the Cook County Department of Public Health to continue use of the site as a community vaccination site, with a prioritization on accommodating senior citizens first.

It is unclear when that could begin.

The Record is a nonprofit, reader-funded news site. Our public-service journalism, including all local government action, is free for all to read.