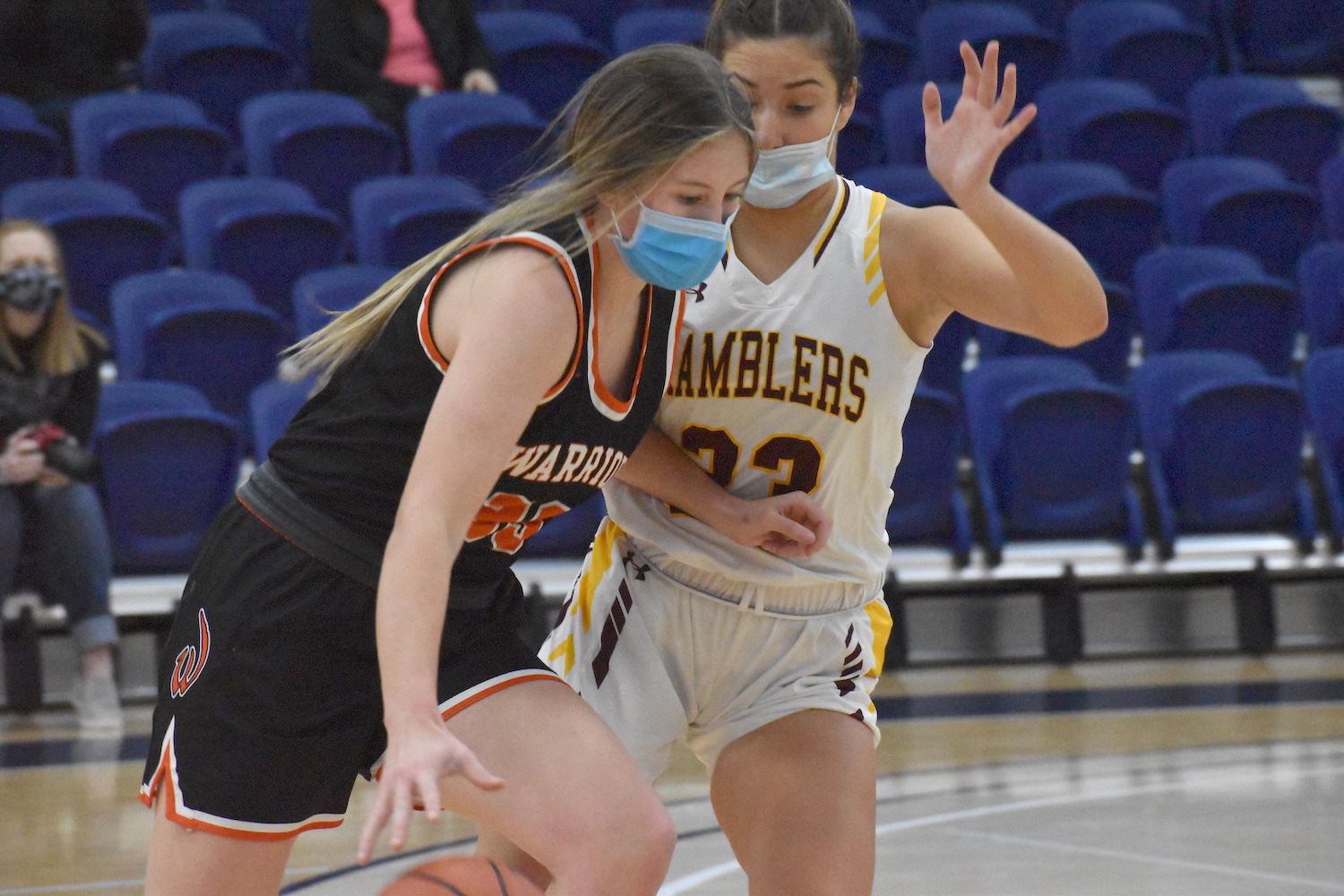 Fitting in is rarely this simple.

Giordano seamlessly slid into the rotation to support the Ramblers’ winning ways.

“She’s a great piece to have,” Loyola coach Jeremy Schoenecker said. “She knew a lot of the girls … so I think she just fit in right away. She can knock down shots, she is playing great defense. She just adds another layer off our bench for us.”

Giordano showed off her added value with a team-high 13 points to go with 6 rebounds in a 49-40 win over Lincoln-Way West in the first Morton College Shootout Sunday, March 7, in Cicero.

Giordano did have a headstart in joining the Ramblers. She has two family members on the roster — sister Reese Giordano, a senior; and cousin Izzy Ogliore, a senior — and has played travel basketball with a number of Ramblers, including starters Summer Parker-Hall and Nyah Moore.

“It’s awesome to be on the court with this group of girls,” she said. “… It’s not a huge difference, but I like playing with this group. They are very supportive.”

The rare Sunday morning contest was part of a six-game slate produced by Morton College and its first-year head women’s coach Jason Nichols, the former head coach at Montini Catholic.

Loyola squared off with 11-1 Lincoln-Way West, a program out of south-suburban New Lenox that finished second in IHSA Class 3A last season and has averaged a 26-5 record since 2015.

The Ramblers, however, were ready for the Warriors and their shooters.

“We kinda knew their personnel and that they are a three-dominant team,” Giordano said. “We knew we had to get out on their shots, pressure the ball. We knew if we did that, we’d have a good shot at winning the game.”

Lincoln-Way West hit its first three of the game to go up 3-0, but only connected on three more the rest of the way.

Meanwhile, Loyola played inside-out and used post players Parker-Hall and Ogliore as makeshift point guards, feeding them inside and letting them make the right play.

“We’ve seen a lot of (double teams) on Summer and Izzy,” Schoenecker said, “and the shooters have really been working hard … to find the open areas and tell Summer and Izzy where our guards are going to be based on where that double comes from.

“They do a great job of picking it up and making good sharp passes into our shooting pockets.”

The strategy got plenty of Ramblers in on the action, as six players finished with at least 5 points.

After losing the lead 20-19 in the second quarter, Loyola responded and never looked back.

Dabu got a steal and score to get the lead back, then Morgan Van Horn drilled a three and Parker-Hall hit a shot off an inbounds pass to give Loyola a 26-20 halftime lead.

Out of halftime, Loyola retained its momentum, scoring the first five points to open a double-digit lead off of an Ogliore bucket and Dabu three.

The Warriors couldn’t get back within 10 points until the final minute.

It was the Ramblers’ fourth straight win to push them to 16-2 on the year.

Thanks to back-to-back wins against Mother McAuley on Thursday (45-40) and Friday (53-37), Loyola is tied atop the Girls Catholic Athletic Conference with St. Ignatius, which fell to Fenwick Saturday, March 6, for its first league loss of the year.

Fortuitously, the teams face each other in the final games of the season on Thursday, March 11, at Loyola for the Jesuit Cup and Saturday, March 13, at Ignatius.

Even in a season with no state tournament, it all comes down to this.

“The girls are really looking forward to trying to get a conference championship,” Schoenecker said. “I don’t think we’ve won one in quite some time with Montini being in the conference.”