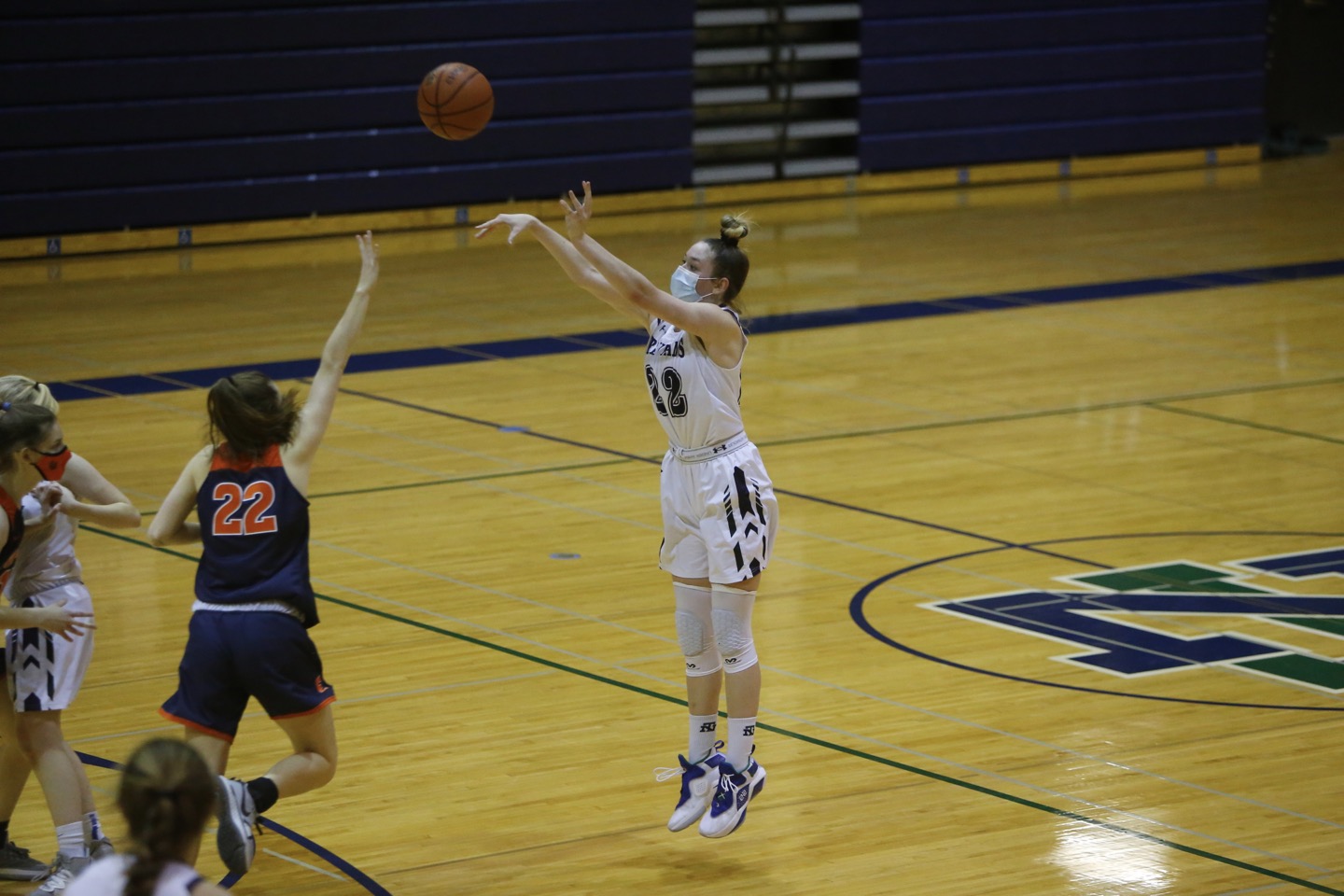 New Trier’s girls basketball team was in a funk.

The Trevs lost three games last weekend and barely came away with a win on Tuesday, March 2, against Vernon Hills.

But head coach Teri Rodgers noticed something at practice over the next few days. She saw focus and unity grew, despite the tough stretch.

Those strong practices translated to the Trevians’ home win against Evanston on Friday night in Winnetka, where New Trier controlled both ends of the court en route to the 62-40 victory.

“I just love how they came out — played hard, played focused, stuck to our gameplay perfectly,” Rodgers said. “I’m just proud of not only their physical effort but their mental effort.”

The senior jump started a 7-2 run and helped her team add on before Evanston went on a 11-2 run to end the first quarter, limiting the Trevians to a 14-13 lead.

The Trevians responded again offensively to start the second quarter on a 9-0 run.

Aiden Casey led with 11 points at the half and Becker added 7 as different Trevians contributed offensively throughout.

New Trier continued to drive to the net and make shots, never leading by fewer than 12 points the rest of the night.

Hannah Schneiderman got the offense going in the fourth quarter when she made a 3-pointer and a long two on back to back possessions.

The senior finished with 11 points while Casey led the way with 18 and Becker added 9.

After her team endured the tough stretch, Casey was happy to have the offense come together with everybody involved.

“We kind of got our mojo back, working together as a team we really had a flow going,” Casey said. “It was nice to be able to play with everybody”

The main defensive goal heading into the game? Taking Evanston’s Lola Lesmond out of the game.

The Trevians planned on making sure the Wildkits talented player couldn’t get going, and junior Abby Ryan was key in locking down Lesmond.

“That was a key to the game and something we wanted to focus on and Abby did a superb job on her,” Rodgers said. “She’s a great player.”

Both teams will have to regroup quickly as they will meet up in Evanston on Saturday afternoon. After that, there will be one week left in the shortened season with the season scheduled to end on March 13.

While it might not have been as long as a regular season, coaches and players are thankful for the chance to be playing and are looking forward to getting one last week to be together and competing a few more times.

“I’m just excited to have fun,” Casey said. “It’s my last week of basketball in my career and I just want to be with my team and have a good time playing the sport that I love.”