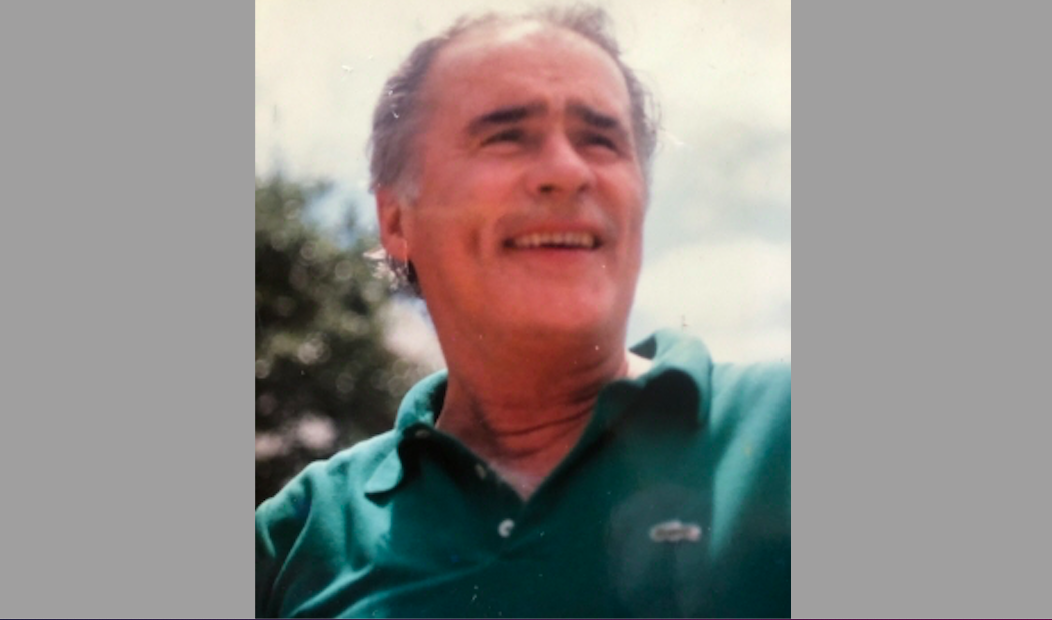 Littrell "Litt" Clark, a Wilmette native, died on March 1 at the age of 92. | Photo Submitted

One of the last of the “Funny Boys” has left the building.

In 1942, Littrell “Litt” Clark and 21 of his freshmen pals at New Trier formed the “Funny Boys” club. For the rest of their lives, they kept in touch, but time has taken its toll.

“There were just four of them left. Now there are three,” said Jane, his wife of 37 years.

A successful ad man for many decades, a loving family man, and a guy who liked to party, “Litt had the best life,” said Jane.

“He lived life to the fullest. He knew how to have fun. He loved high school athletics and Northwestern athletics, and he was a real loyal friend. He never said anything bad about anybody. He just accepted people the way they were, and he’d do anything for anybody.”

Litt grew up in Wilmette and graduated from New Trier in 1946 after starring as No. 88 on the Trevians football team.

At Northwestern University, he continued to play football and was a member of the team that beat California in the 1949 Rose Bowl.

For the rest of his life, he bled Wildcat purple, attending games, watching practices and going to special events.

“To his dying day, if you ever got a gift (from him), it was something with purple in it,” said Cynthia Cooke, his step-daughter. “Northwestern gave him a lifetime pass to come watch anything at any time.”

After graduating in 1950, Litt went into the Army and spent time in Japan before returning to Chicago.

For much of his career, he sold advertising for Scientific American, the highly respected and oldest continuously published monthly magazine in the United States.

Those were the high-energy days of advertising as portrayed in the popular television show “Mad Men,” and Litt was a part of that world, which included numerous business trips to Kentucky to service his high-end bourbon accounts.

“One of his best lines was ‘I can sell the ads, but I can’t read the articles,’” Jane said. “They were just so technical.”

Befitting his outgoing personality, Lit “knew everybody. He was just a very social guy,” Jane said. “He walked down Michigan Avenue and he knew everybody.”

The same was true on the North Shore, which he loved. “He loved the history of it. The loved the camaraderie. He loved how everybody his age stayed there,” Cynthia said.

Then there was the time, as Jane recalled it, when he was standing on a street corner in Moscow back before the Cold War ended.

Litt had one son with his first wife, and now has three grandchildren. With Jane’s three sons and daughter, he has seven step-grandchildren and one step-great-grandchild.

“Poppy” was devoted to all 10 of them and went to every single event he could throughout their school years. He also enjoyed taking them to football practices.

“Litt was a wonderful husband, stepfather and grandfather to our family,” Cynthia said. “He was never mad. He was never mean. He enjoyed being around young people. He was just the nicest person to be around.”

Litt and Jane also enjoyed traveling and entertaining. And when they went out, their favorite haunts were the Valley Lodge, Seul’s, Hackneys and the Landmark.

The Willow Inn on Willow was another favorite.

“We called it the poor man’s country club,” Jane said.

The night Lent ended was always a hoot there, she said: “They’d be four deep at the bar.”

Over the years, Jane and Litt made a point of keeping in touch with the Funny Boys, and one year in the 1980s hosted a reunion for all of them and their children.

“It was wonderful,” said Jane.

Michael Zeddies is one of the three Funny Boys still around.

“We met in grammar school in Wilmette, then went to New Trier together, and were very close friends for the next 70 years,” Zeddies said. “He was very gregarious. He liked to meet people. He helped everybody. He liked to have his family around. He was a very funny guy.”

A private Memorial Service will be held at 3 p.m. Saturday, March 6, at The Village Church of Northbrook, 1300 Shermer Road, Northbrook.

To attend the services virtually, a link will be provided at www.donnellanfuneral.com.