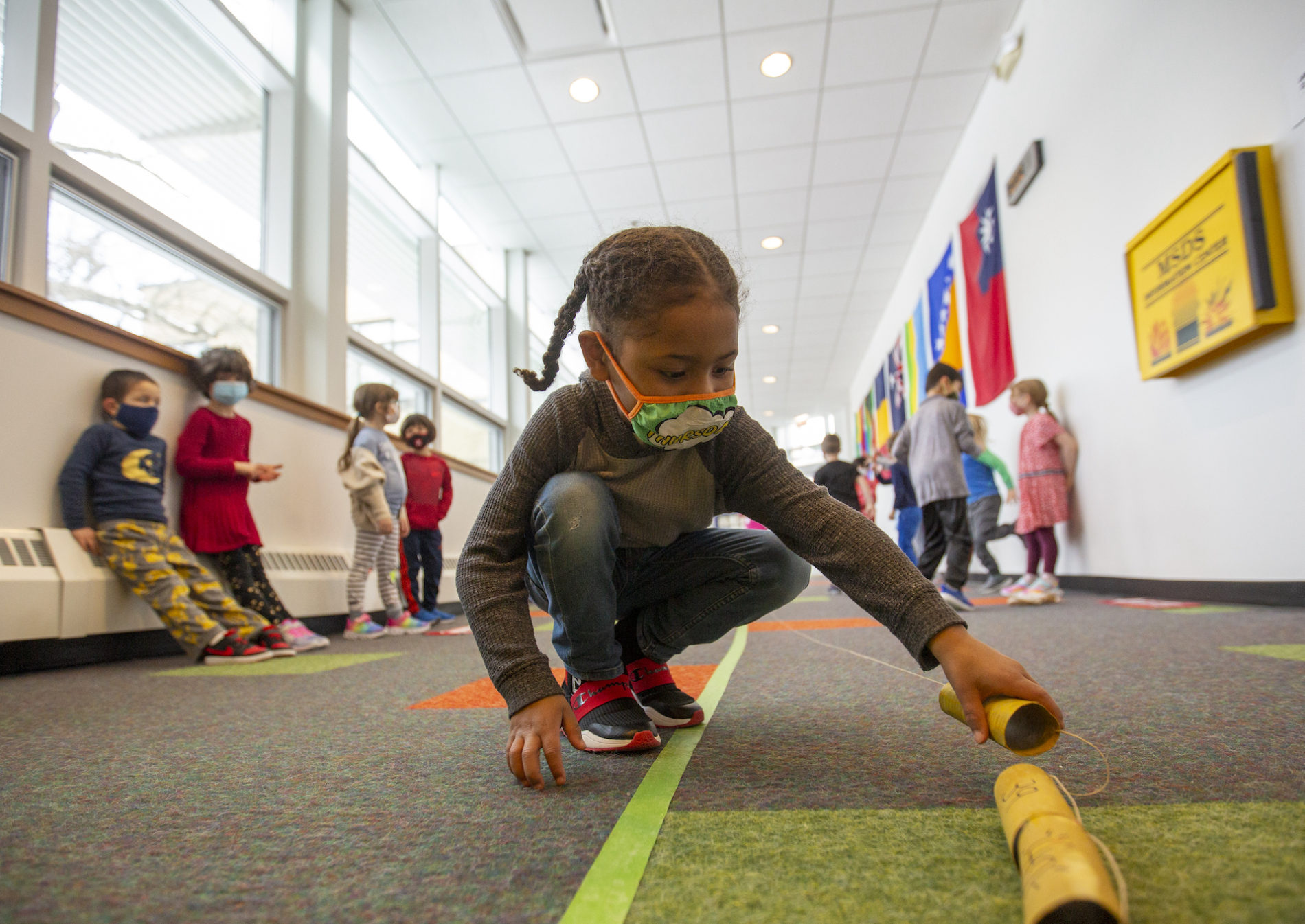 After a successful fall of hybrid learning where students spent half-days on campus each day, North Shore Country Day lower schoolers in junior kindergarten to fifth grade returned to full-day, in-person learning Friday, Jan. 29, according to a press release issued by the Winnetka school.

Middle and upper school students are currently continuing with the half-day hybrid schedule.

The school’s entire faculty worked in teams with administration throughout the summer to build a schedule that could transition from fully remote learning to hybrid learning to full-day in-person learning with modest programmatic changes.

“The one thing we could predict was that everything this year would be unpredictable,” Head of Lower School Tim Sheehan said in the release. “So we knew we had to build a flexible schedule that could adapt in real time to the challenges. We’ve had to adjust it here and there as we’ve transitioned back and forth, but we haven’t had to do a massive schedule overhaul, and that’s good for the faculty, and it’s also really good for the students.”

A number of changes, made in collaboration with the school’s administrative team, medical advisory committee and faculty, were rolled out over the past few months that allowed the shift to happen.

Mather Place, an independent living rental community in Wilmette for those age 62 and above, won the 2020 International Council on Active Aging NuStep Beacon Award.

Only 25 senior living communities in North America received the award, and among them, Mather Place is the only winner in Illinois, according to a press release.

The honor recognizes the community’s success in fostering a wellness-centered environment for all who live and work there.

The Beacon Award was created as a joint effort between International Council on Active Aging  and NuStep, a major manufacturer of recumbent cross-trainers used in healthcare, senior living and fitness, the release says.

“We’re very proud to be recognized by the ICAA for this very prestigious honor, especially as it relates to wellness for residents and employees,” said Katrina O’Neill, Mather Place’s executive  director, in the release. “It is gratifying to be recognized for our wellness-based environment, programs, and services, which foster and encourage a dynamic community for those who live and work here.

Chicago has seen a wave of creative uses for its old buildings: warehouses to tech offices, office buildings to boutique hotels, even an apartment building to a private museum. Winnetka has been part of this trend since 1925, when Academy Hall was converted from a school to a fire station.

The Winnetka Historical Society will explore building transformations, like so, whose original and current uses are surprising at 7 p.m. Thursday, March 11.

The virtual presentation, “What’s Old is New Again,” will be given by Laurie Petersen. Tickets are $35 and registration is open through March 10.

Petersen is the editor of the third edition of the American Institute of Architects’ AIA Guide to Chicago, has appeared on the Chicago Tonight Show, and has given numerous lectures on architecture in the Chicago area. In addition, she is a writer for Chicago Architect magazine and serves as a docent at Crow Island School, a National Historic Landmark in Winnetka and Chicago’s Charnley-Persky House Museum, which was designed by Louis Sullivan and Frank Lloyd Wright.