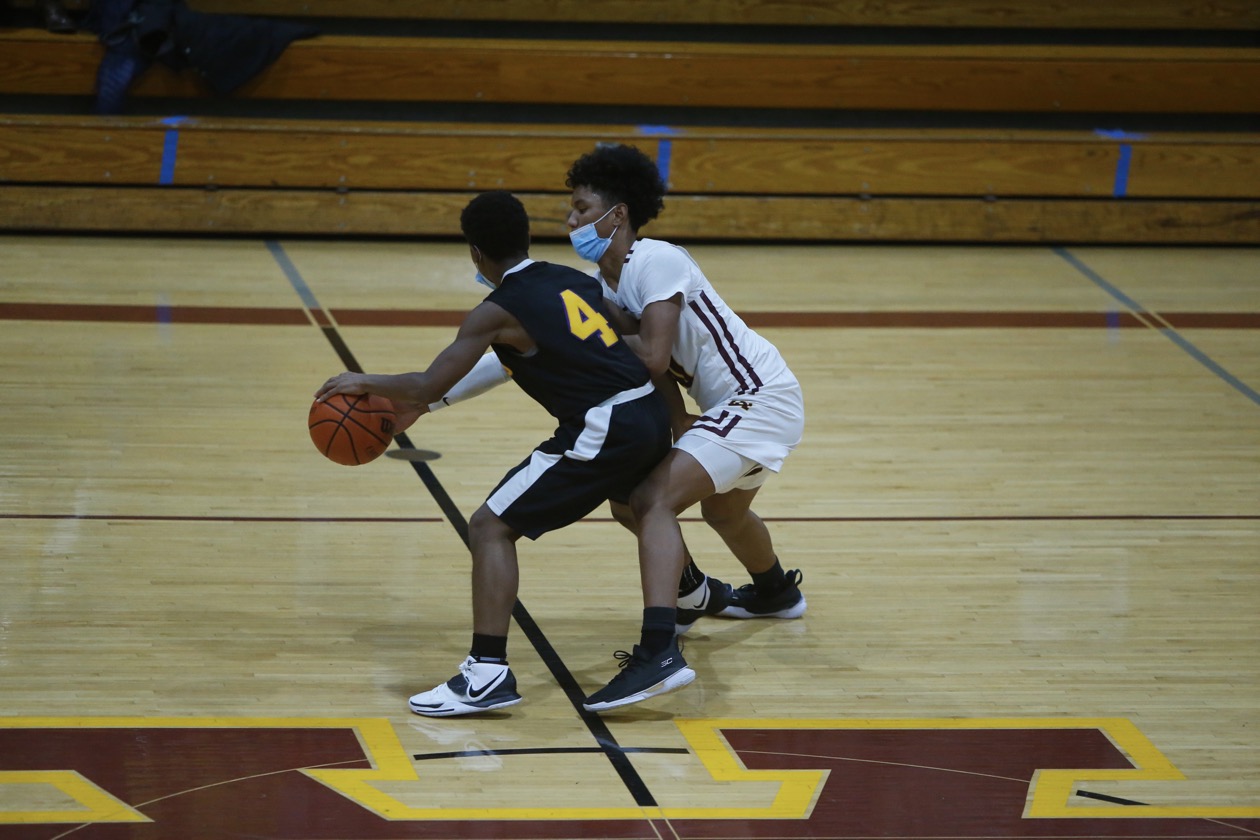 Jalen Axibal learned his role on the court at an early age.

The Loyola Academy senior was always the shortest kid on the floor, so he adapted with a chip on his shoulder. Axibal developed his defense, the scrappy, airtight kind that drives opponents crazy.

When he came to Loyola and joined coach Tom Livatino’s program, it was a match made in heaven.

“It was nice,” Axibal said. “Last year my role was to lock players up. It gives me a better feel for the game.”

The senior applied pressure throughout the game, finishing with three steals and scoring four points off of two of those turnovers.

The 6-foot-1 guard tries to exemplify Livatino’s mantra for his program: work hard.

Whether that’s battling for rebounds, screening for a teammate, or drawing charges, Livatino wants his players to bring ridiculous energy and hard-nosed play.

Scoring is the most glamorous basketball stat, but that’s not how Axibal rolls. He’s always been drawn to lockdown defense and making it a tough night for his opponent.

The senior wants to help his team achieve its goal of limiting opponents to 40 points and holding down every team’s best player.

“It’s not all about scoring,” Axibal said. “I can have a bad night, but if I lock the guy down it’s just as good.”

Livatino has found different ways to motivate his players, but one of the most-popular methods is the “charge chain” with a Loyola logo dangling from it. The charge chain is awarded postgame to players who draw charges during the contest.

Axibal drew one charge against the Knights on Wednesday, adding to his team-leading 13 for the season.

“Jalen is an elite defender, an elite on-ball defender,” Livatino said. “He sacrifices, he’s a tough, smart defender, all of those things. His offensive game is coming on.”

Axibal finished with 6 points in a game where 14 different Ramblers scored. Liam Brandstrater led the way with 8 points while Scotty Dean added 7.

Livatino started an entire senior lineup on Senior Night, giving all of his seniors a chance to play.

The teams battled it out in the first quarter, which ended with Loyola holding a 12-8 lead. The Ramblers opened the second quarter on a 9-2 run and never looked back.

Loyola out-scored Providence-St. Mel 23-8 in the third quarter, forcing a running clock to end the game in the final period.

A month ago, a senior night didn’t seemed realistic for many of the players and coaches.

After not knowing whether his team would have a season because of the COVID-19 pandemic and strict state mitigations, Livatino was grateful to have a night where he could honor his seniors, especially with a ceremony before the game and with their parents watching from the stands.

“It was a very nice celebration for our seniors,” Livatino said. “Our parents did a great job, I’m very appreciative of that. Overall, it was a good night.”

The Ramblers (8-3, 4-1) will continue to move forward in this mad dash of a season. They’ll travel to play Leo Catholic on Friday, Feb. 26, and then DePaul College Prep on Monday, March 1.

Axibal knows how special each game is this year and how special the rest of the year can be. As a captain, every time he takes the court, he works to show his younger teammates how to exemplify Loyola basketball.

The lead-by-example mantra has always been part of his game, and he wants to leave that legacy when his time in Wilmette is done.

“It just feels great to lead those guys,” he said. “They’re going to carry it on next year and show how things are run.”