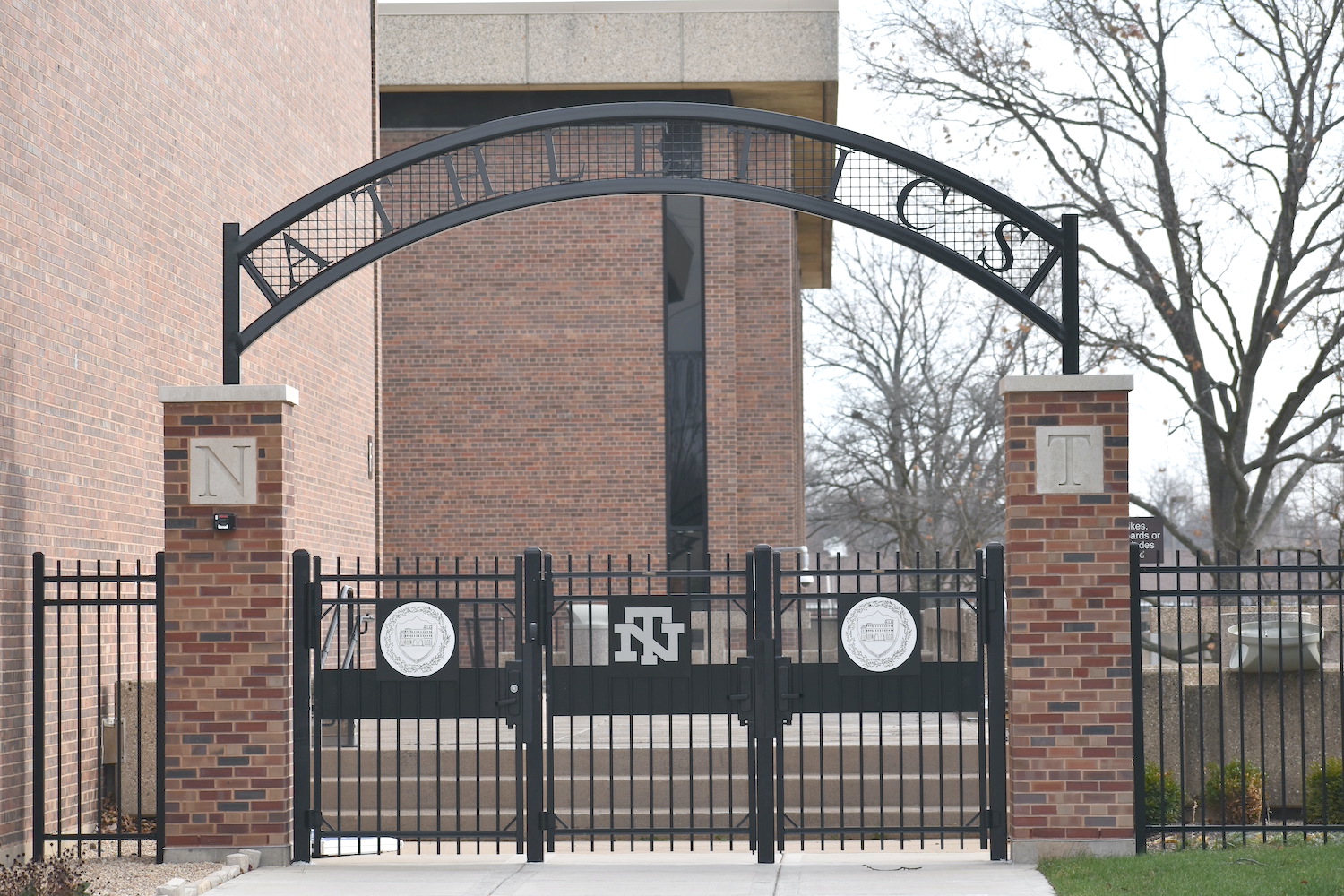 An entrance gate at New Trier's Northfield campus, where the COVID vaccine will reportedly be available to eligible individuals this month. | The Record File Photo

Once a long shot, a vaccination center at New Trier High School’s Northfield campus is just about a sure thing.

“This is as close to done as it can be,” Cook County Commissioner Scott Britton said.

Britton, who represents a portion of Northfield Township, confirmed that plans to use New Trier’s facilities received the go-ahead from the proper county and state officials, and a site-use agreement is set for approval on Tuesday, Feb. 16, by the New Trier District 203 Board of Education (agenda).

Once the measure is approved, Britton said, New Trier’s Northfield campus will be used as soon as Wednesday, Feb. 24, to vaccinate area educators, first-responders and municipal workers.

The location will not be available to the general public, at least not yet, Britton said.

“A lot of kudos go to local fire departments and municipal governments,” Britton told The Record. “They got together and saw a lack of vaccination locations in the northern suburbs. We heard from a lot of municipalities and school districts.”

Officials from New Trier High School, as well as a number of area villages, deferred to the county for comment.

Britton said the plan calls for the vaccine to be administered by area paramedics, who are medically trained in inoculations and were recently approved to do so by the state.

The capacity of New Trier’s pending vaccine center is not yet known, Britton said, adding that it depends on the county’s vaccine supply and staffing of the facility.

“It’s a great plan but limited in the the number of people it can take,” he said. “If we had enough vaccines, we could do a lot of vaccines in a day.

“I’m hoping as we go forward, by March, we have access to more vaccines.”

In mid-December, New Trier announced it had a plan in place if the county wanted to use its Northfield facilities — specifically the main gymnasium — as a vaccination center.

About a month later, local municipalities and first-responders sent an official proposal to the county, suggesting the use of area paramedics and public facilities to administer the COVID-19 vaccine.

The proposal was signed by MABAS Division 3, an emergency-response unit consisting of more than a dozen northern suburban fire departments, including Wilmette, Winnetka-Kenilworth, Glenview, Glencoe and Northfield.

At the same time, public school districts in the township were working together to make the plans a reality.

Britton said it is too early to confirm which schools’ and municipalities’ employees will be eligible for vaccination at New Trier, but the details will be finalized at the local level.

“They will work out details on that,” he said. “It will be by appointment, and we hope to schedule specific schools and districts to get it done in an orderly fashion. … MABAS is leading the charge on this through the county health department.”

As of Feb. 11, the Cook County Department of Public Health had given at least one vaccine dose to 189,957 residents, with 51,927 individuals, or 2.3 percent of the county population, receiving both doses.

The county operates large vaccination centers in several communities. The only one north of the city is at the Arlington Heights Health Center. The county health department also has partnerships with several Mariano’s, Jewel-Osco and Walgreens locations in the northern suburbs.

Residents in Cook County can register to receive information and attempt to schedule a vaccine appointment here.

Britton represents much of Northfield, Wheeling and Palatine townships. He said residents in northeast suburbs, such as those in the North Shore, have had a difficult time securing vaccine appointments.

“It is not convenient for the people I am talking to: school board members, superintendents, fire departments,” Britton said. “There are people who need to be taken care of. The eastern part of my district really needs help.”