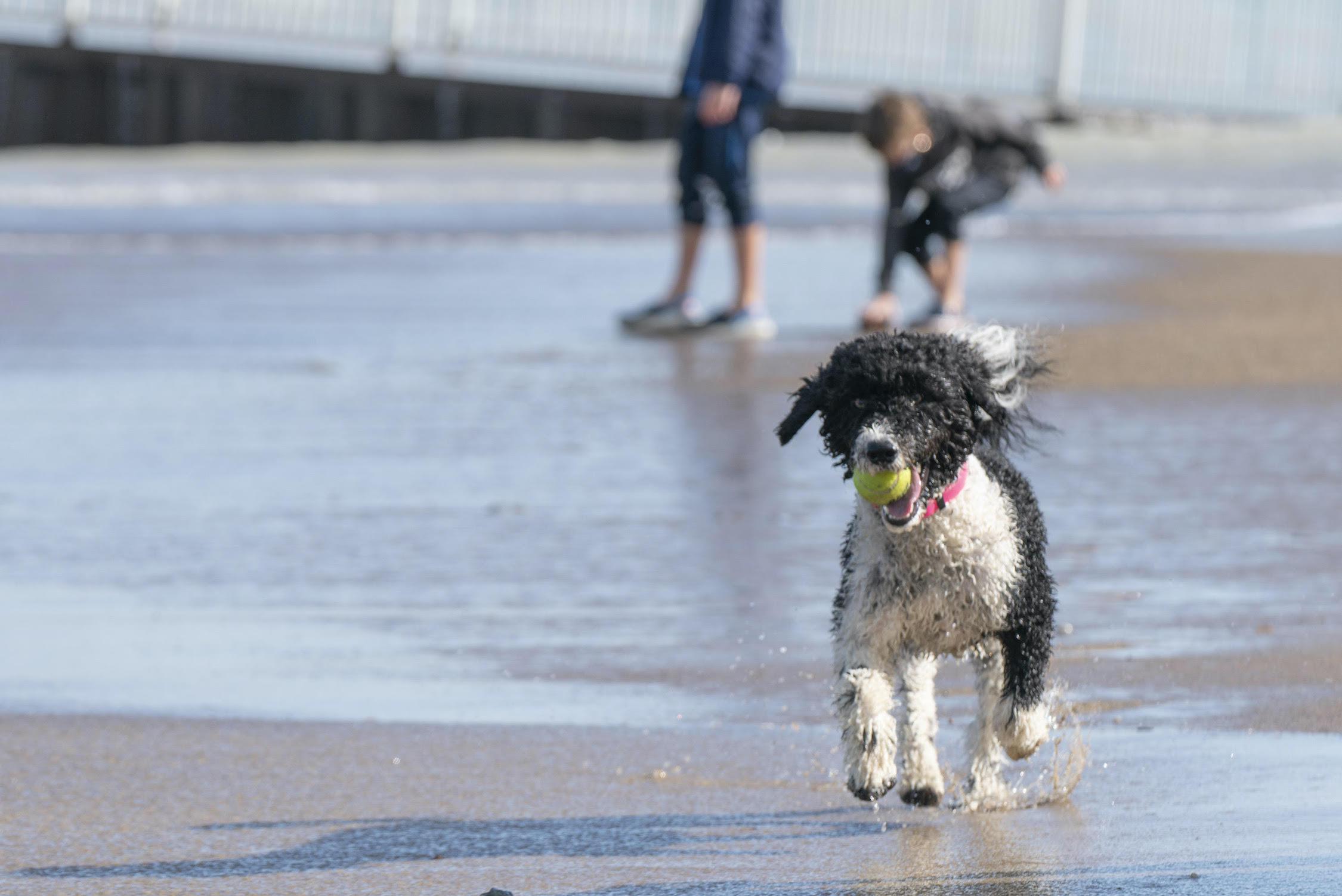 A dog enjoys its time at a local dog beach. Aside from its dog beach, Wilmette may have two other dog parks soon. | The Record File Photo

The Wilmette Park District is not only adding a second dog park, but is also considering a third.

Currently, Wilmette boasts one dog park: the popular dog beach at Gillson Park on the east side of town. A second park, for which plans have been submitted, is set for West Park, 3555 Lake Ave., on the town’s west side.

West Park already has a dog play area, but the new park across the street will be built and fenced-in specifically for dogs.

The park district leases that land from ComEd; however, since the land is within Village of Glenview boundaries, the Glenview Village Board must sign off on the plans, said Steve Wilson, Wilmette Park District executive director.

The Glenview board is expected to approve the plans this spring, but there it is not yet an agenda item, Wilson added.

“It’s just a matter of when it’s going to happen,” he said regarding the approval.

Following up on a discussion from 2019, the Parks and Recreation Committee, a subcommittee of the Wilmette Park Board, began to research a third dog park in December 2020.

The committee continued the discussion in January by reviewing “every single park in the system,” Wilson said, and identified two options Monday, Feb. 8.

“We narrowed it down to two (locations) and further discussed those,” Wilson said. “The board gave feedback on the images (of the parks). They don’t love either layout. We’re looking at other concepts within those locations for the March meeting.”

The two locations under consideration are Mallinckrodt Community Center (1041A Ridge Road) and Howard Park (830 17th St.), both located in central Wilmette.

According to images in the February agenda packet, the preliminary park plans are for 1.4 acres at Mallinckrodt and 0.4 acres at Howard Park.

Wilson said there is no timeline for when the proposed third dog park would be considered at the Park Board level.

“It’s research and planning at this point,” he said.

The rise in requests for a new dog park comes at a time when more puppies have joined families during the COVID-19 pandemic, Wilson said.

“I don’t know if you know this, but we’re in a pandemic and everyone got a new dog,” Wilson joked.

With the increase in four-legged friends also comes an increase in broken Village ordinances as some groups of residents have unleashed dogs at parks not designated for that, according to Wilson.

“Groups have taken their dogs off-leash at certain parks and it’s against Village ordinances and our rules,” Wilson said. “They contacted us — which was nice — and said they would like a place to do this.”

The Parks and Recreation Committee is expected to meet again in March. The agenda will be posted here.